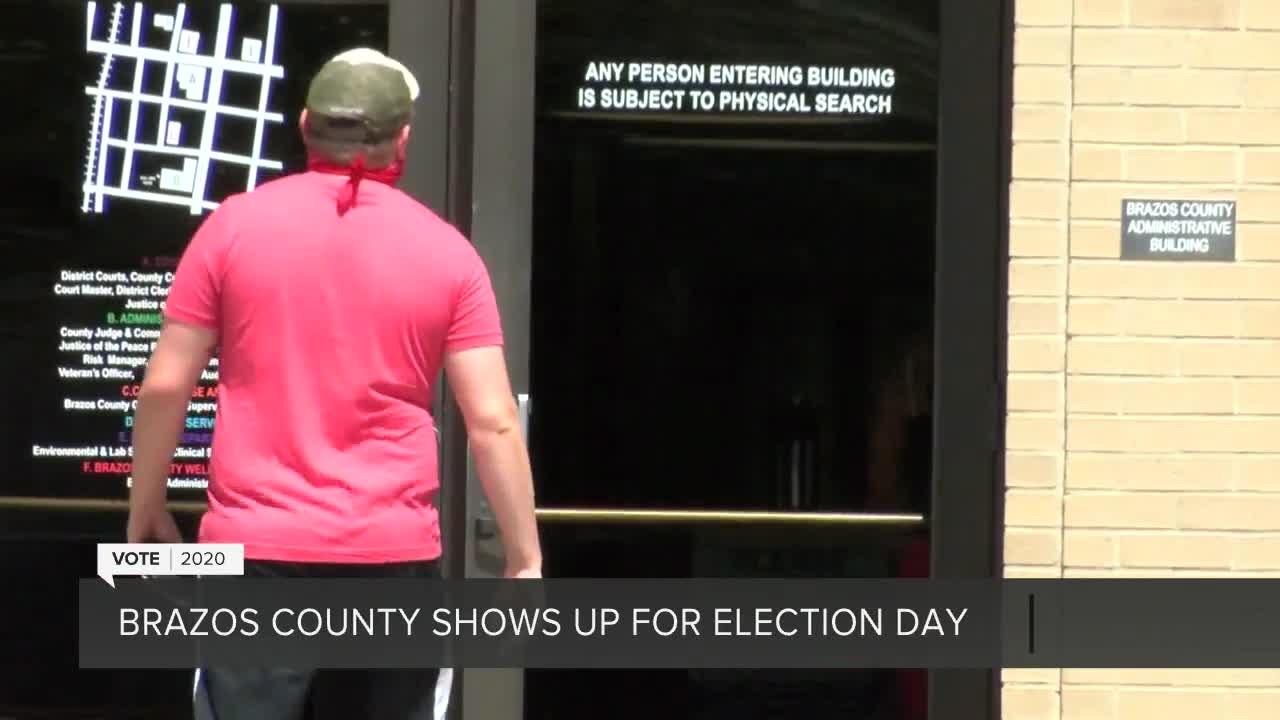 In Brazos County, the race for Precinct 1 Commissioner between Steve Aldrich and Michael Schaefer was the big-ticket item on the local level.

BRAZOS COUNTY, TX — In Brazos County, the race for Precinct 1 Commissioner between Steve Aldrich and Michael Schaefer was the big-ticket item on the local level.

At 8:30 p.m., the race for commissioner was called with Steve Aldrich as the winner. His race between Schaefer was a big driver for voter turnout in this primary runoff election.

All day voters came out to vote Tuesday for one reason.

“I just feel like as a citizen of the United States, for which I am very proud, that I need to vote,” said Betty Pry of Bryan.

“I feel like it's my civic duty to come out. Every time I have the opportunity to vote, I need to vote,” said Walter Reach of Bryan.

Going into Election Day, Brazos County Election Administrator Trudy Hancock was pleased with the number of early voters for a primary runoff election, attributing it to the local commissioner's race.

“I think the fact that we have a local commissioners race on our ballot has helped to bring out a lot more voters,” she said.

While voters didn’t have a choice on whether to have an election during a global pandemic, election workers at polling places in Brazos County took precautions similar to other counties across Central Texas in an effort to keep everyone safe.

“We're doing contactless voting. After you check-in, you get a pencil and you vote on the electronic equipment with a pencil, so a little bit of old school and new school. So, you use the pencil eraser and touch the screen so that way you don't have to touch anything that anyone else is touch,” said Hancock.

Senior citizen voters were encouraged to get out and vote if they could.

“I am 85 and I still feel that it's very important for us to be out here and support these men,” said Pry.

Election officials say that this primary runoff election has given them a good baseline of what voting during a pandemic will look like come November.

Renee Swann won in Brazos County receiving 55% of the votes over Pete Sessions. Steve Aldrich received 52% of the votes for precinct one commissioner.