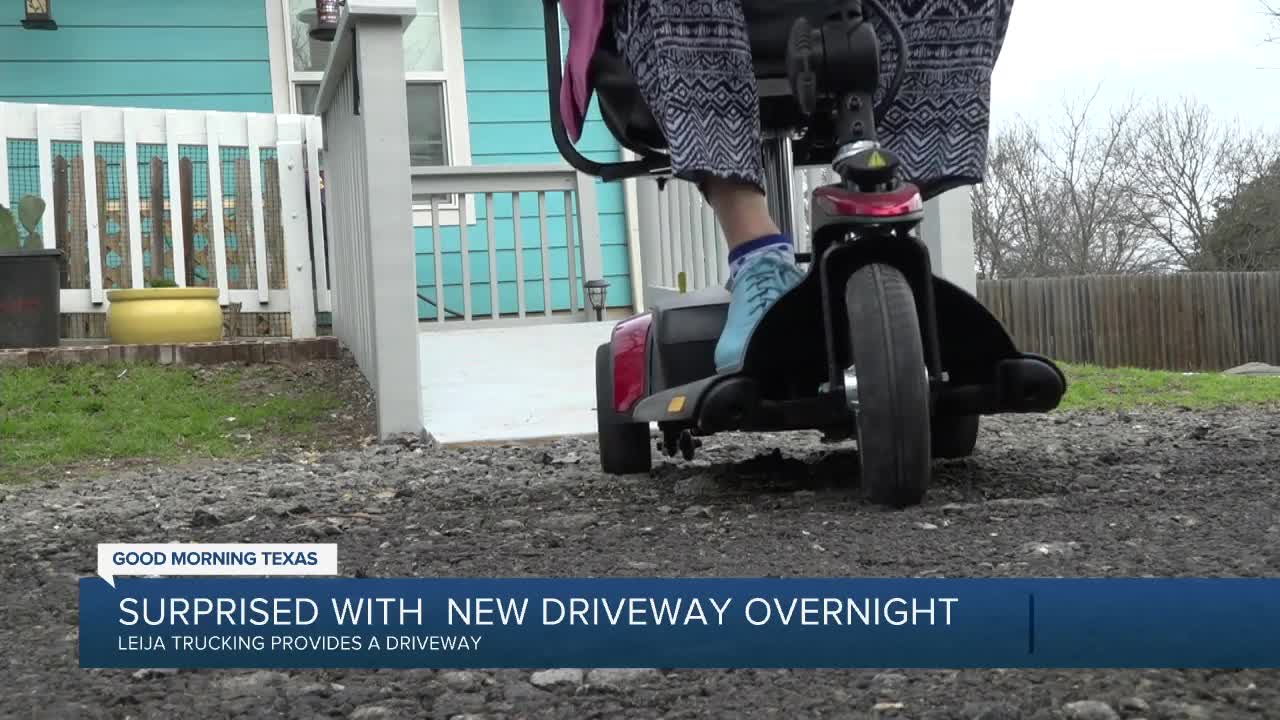 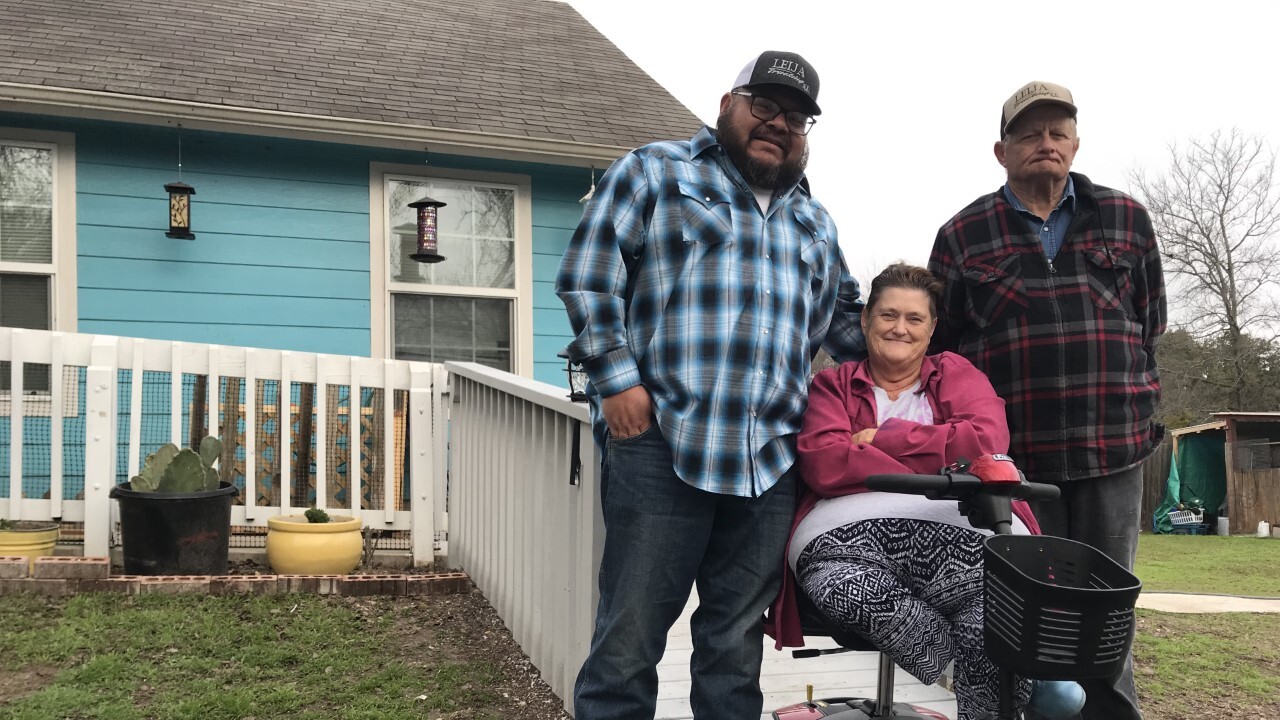 TEMPLE, TX — A man’s kind gesture is warming hearts all over Central Texas.

Frankie Pruett and Dora Pruett were in need of a ramp due to Dora’s arthritis. After nearly a decade, they finally got one for their home in Temple.

But the ramp just exposed an even bigger problem.

The retired couple’s dirt driveway gets extremely muddy when it rains, causing a muddy mess. The ramp gets stuck in the mud, and Dora’s scooter gets covered in it.

"It was just all muddy and we couldn't get out with a scooter or nothing else," Dora said.

After about three weeks, Frankie went to Facebook to ask for help – and help he received!

"Ask for help and somebody help you, I see a lot of people on Facebook do that, you know, so I said well why can't I do it," Frankie said.

Manuel came to the Pruett’s home overnight and put in a new covered driveway – free of charge.

"I believe in giving unto others like you would yourself so," Manuel said.

The Pruett’s said their dream became a reality, and thanked Manuel for coming to their rescue.

"I’ve given my last 10 dollars to somebody and it comes back triple or maybe 100 times more so I just you know, hopefully one day if I'm ever in that situation someone will come help me," Manuel said about his gesture.