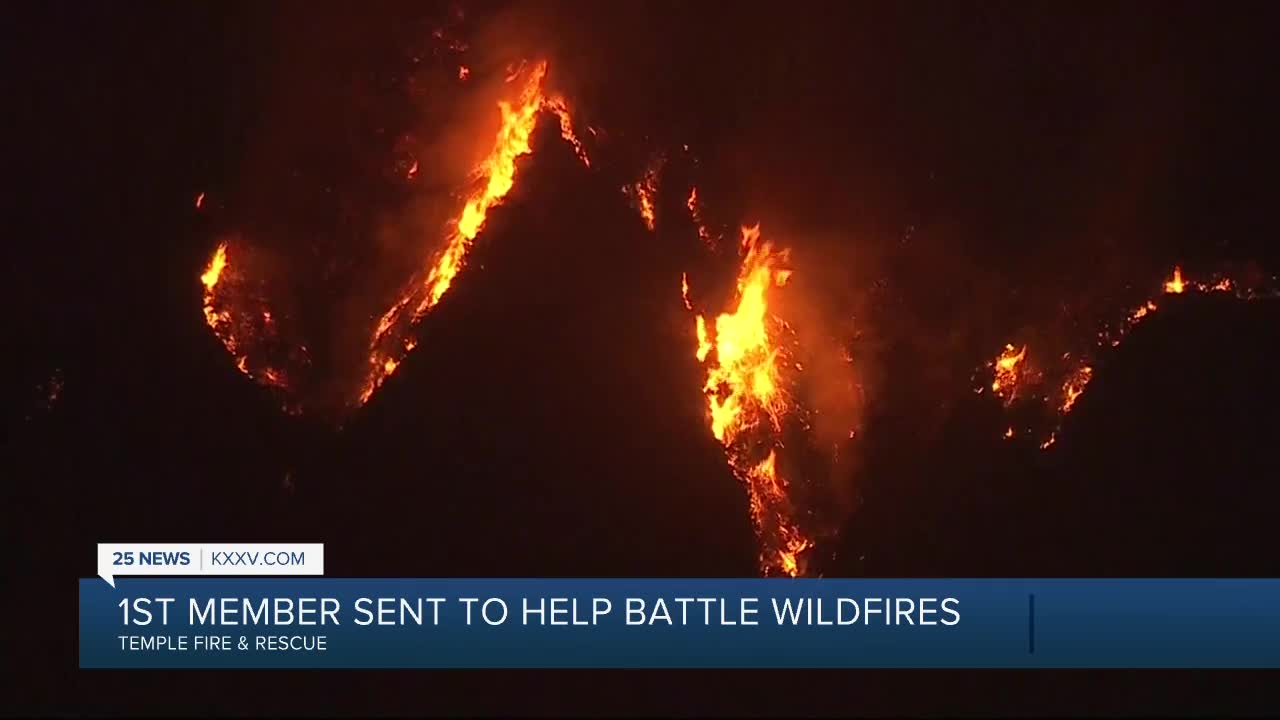 With the state of California battles deadly wildfires, many Central Texas fire departments have sent out teams to lend a helping hand to the overwhelmed fire departments as a part of the Texas Intrastate Fire Mutual Aid System (TIFMAS).

With the state of California battles deadly wildfires, many Central Texas fire departments have sent out teams to lend a helping hand to the overwhelmed fire departments as a part of the Texas Intrastate Fire Mutual Aid System (TIFMAS).

Temple Fire & Rescue joined the TIFMAS program one year ago, and in 2020 they were able to send out their first member to help battle the California wildfires.

Many Temple Fire & Rescue firefighters have dealt with their fair share of wildfires but nothing to this magnitude.

"The August Complex Fire a couple of days ago was a little bit over 746,000 acres and is now known as California's largest wildland fire that they have had in history," said Temple Fire & Rescue Battalion Chief Matthew Perrine.

The plan to send reinforcements came after Governor Greg Abbott announced that the State of Texas would be sending firefighters and support personnel to help combat the devastating wildfires in California.

"This is an out-of-state deployment, but it's still individuals that we want to assist and help. It's fellow Americans and fellow firefighters that are out there doing the work. As local agencies here are offering help across the state, all fireman want to be apart of the solution to the problem," said Batallion Chief Perrine.

After several days of preparing equipment and finalizing plans, Temple Fire & Rescue assembled together 18 volunteers to serve a minimum of 21 days for the assignment. On Friday, September 11, the department deployed Captain Dustin McGraw as their first member, and he began the drive out to California.

"It kinda nags at you when you see such a large problem such as a wildfire in California or in the Panhandle in west Texas or perhaps a hurricane along the coast. So it's been a very big morale booster for the members of the fire department to actually get this program up and going in the city of Temple," said Batallion Chief Perrine.

After Captian McGraw finishes his deployment, another member or members will be sent out based on the need.

Temple Fire and Rescue is among the 55 other Texas fire departments to help send resources for the efforts to combat the California wildfires.