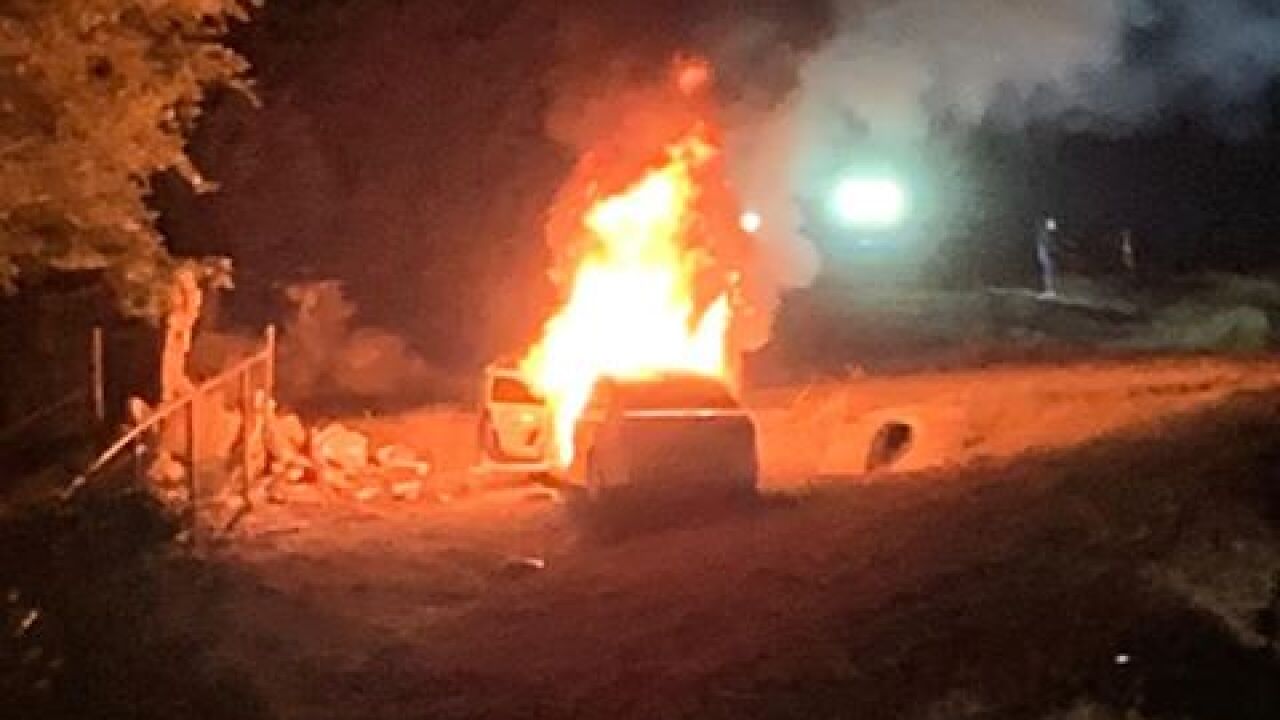 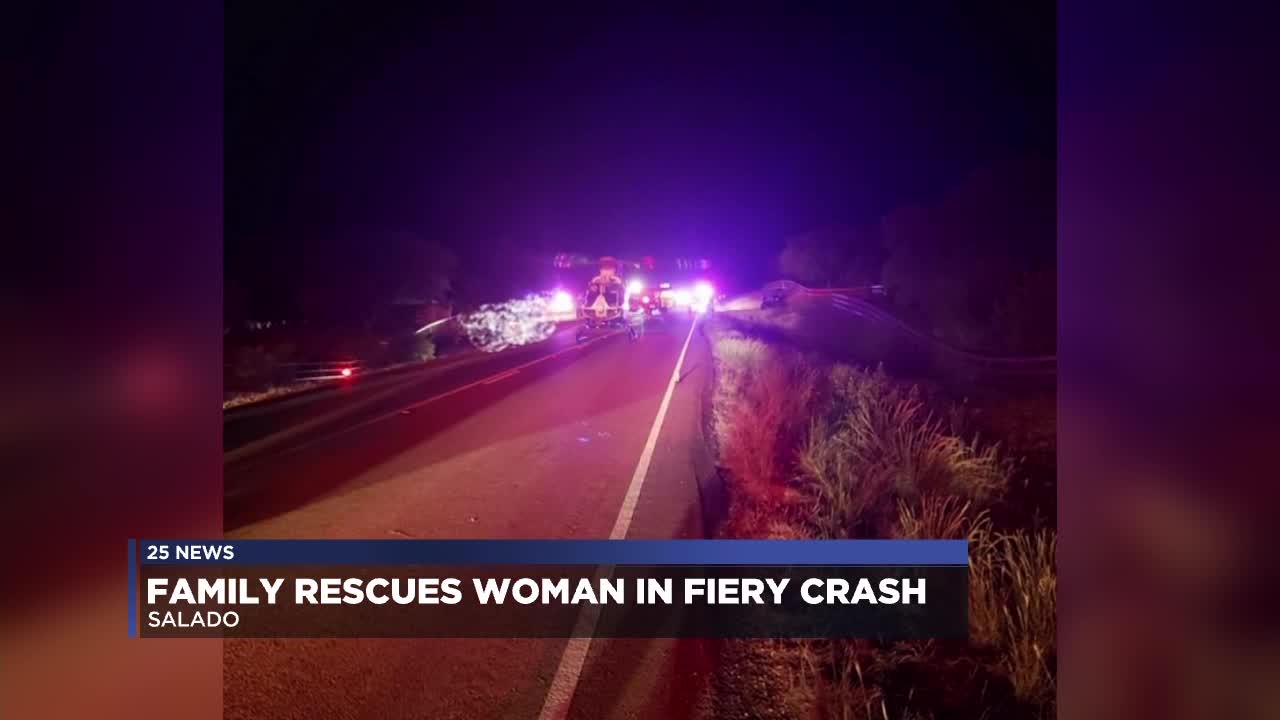 SALADO, TX — A quick-thinking family in Salado rescued an unconscious woman trapped inside a burning car after a crash.

The Messner family was driving down FM 2843 around 9 p.m Sunday when they saw the flames.

“My husband and I pulled over. He got out immediately and without any hesitation went over to the car that was on fire," said Rebecca Messner.

Dr. Robert Messner discovered a single car that veered off this road, that had rammed into a rock wall.

"All the airbags had deployed. From where I was standing, it looked like nobody was in there. I turned around and started to walk away. I said, I better go back in there and check,” said Dr. Messner.
Meanwhile, Rebecca Messner called 911 and tried to flag down passing cars for help.

Doctor Messner tried to bust through the glass. Two others came to help.

"I was pulling when I heard this bang, they pulled her so I went around the car. The one fellow was trying to find the latch and he found it. She had her seat belt on that’s why it was so hard to move," said Dr. Messner. She was moved to the roadside for safety. That is when the car became fully engulfed in flames.

The cause of the crash is unclear.

The driver was airlifted to the hospital for treatment.

The Salado Volunteer Fire Department told 25 News that the family of the woman has reached out. The family said they are forever grateful to all those who saved their daughter’s life.