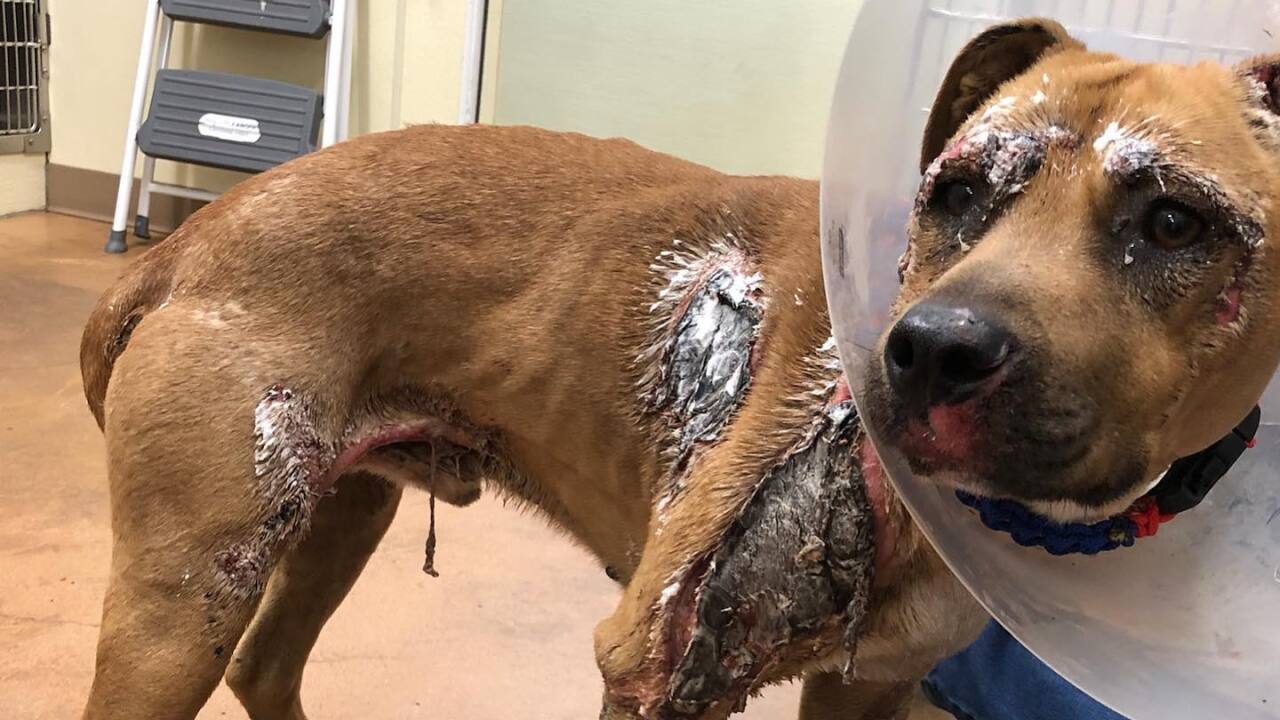 A reward is being offered for information after dog that have been dragged behind a car was found in Bremound. We would like to warn our viewers that the visuals are graphic.
Michelle Ann with New York Bully Crew, a not-for-profit rescue organization, says they found Chanze after she received a call about a dog walking around a neighborhood in Bremound.

After finding Chanze covered in severe wounds from road rash, they took him to Belton Veterinary Clinic for treatment. Ann said Chanze didn’t have a microchip, so they weren’t able to find out much about Chanze. The organization has posted a 15,000 reward for anyone who knows information about leading to the arrest of the person responsible for Chanze’s injuries.

“This is a sad case. We’ve had a lot of people reach out to us. Look at him he’s a fighter, and we’re gonna fight right alongside him. We won’t stop until we put whoever is responsible in jail," said Ann.

Ann said Chanze is taking several anabiotic’s and doing hydrotherapy to heal his wounds and restore his skin. Once he is healed he’ll be shipped up to their headquarters in New York. Ann said a Canadian actor who wants to remain anonymous is covering Chanze’s vet bill.

The organization is offering a $15,000 reward for the arrest and conviction of the person(s) responsible for the act. Chanze is currently being treated at the Belton Veterinary Clinic.