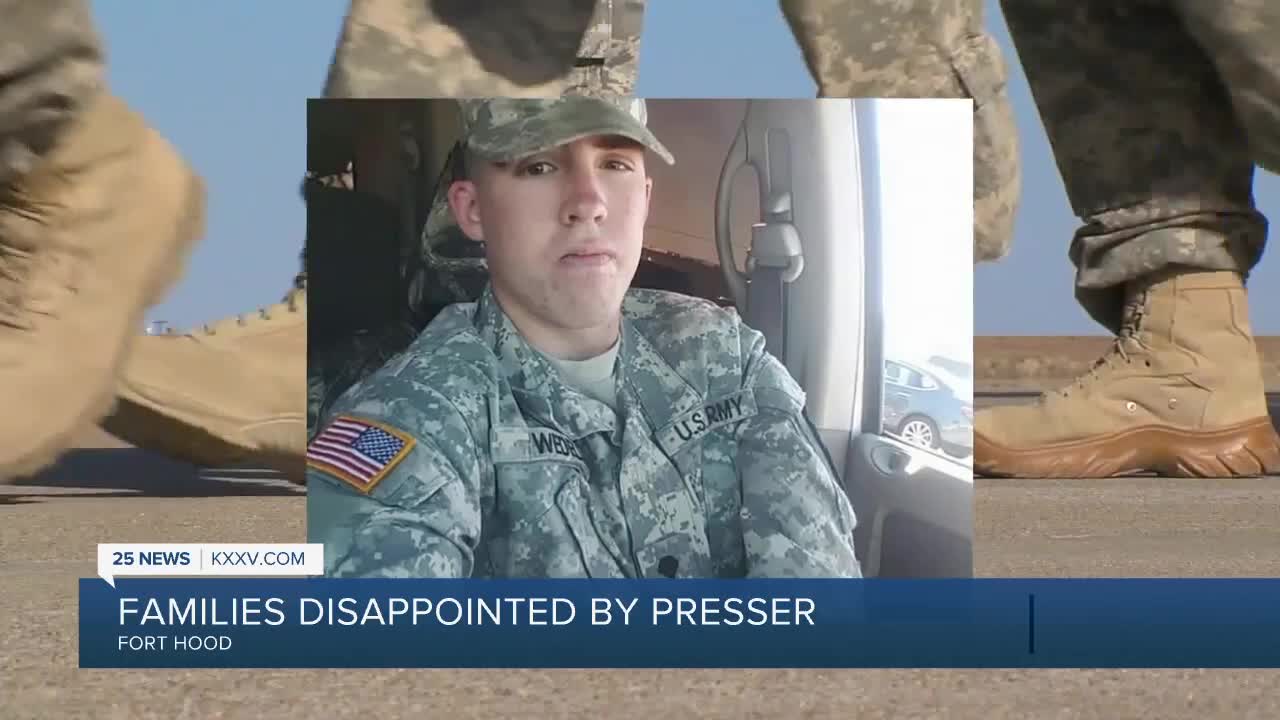 "I feel like every time I get on my phone, I see that another soldier has has died down there," said Kim Wedel, the mother of one of those soldiers, PV2 Gregory Wedel-Morales. "And I know not all of them are murder. Some of them are accidents, but it just, it breaks my heart that more families are going through all this."

Spc. Vanessa Guillen's murder in particular has grabbed headlines, causing a national outcry after she disappeared from Fort Hood in April and her remains were found in June.

Secretary of the Army Ryan McCarthy visited Fort Hood this week. On Thursday, he addressed her devastating death.

"Vanessa's story has served as a tipping point where survivors spoke out on social media and shared their own trauma," said McCarthy.

PV2 Gregory Wedel-Morales' remains were also found in June, 10 months after he went missing. The Army mistakenly classified him as AWOL.

"You think you're making a step forward. You think you get information but then you find out really, you got nothing," said Kim.

On Thursday, the Secretary of the Army said he plans to find answers.

"We're sending down an independent group of investigators to understand the root causes associated with the rise of, you know, felonies, violent acts, to better understand why this is happening at this installation," said McCarthy.