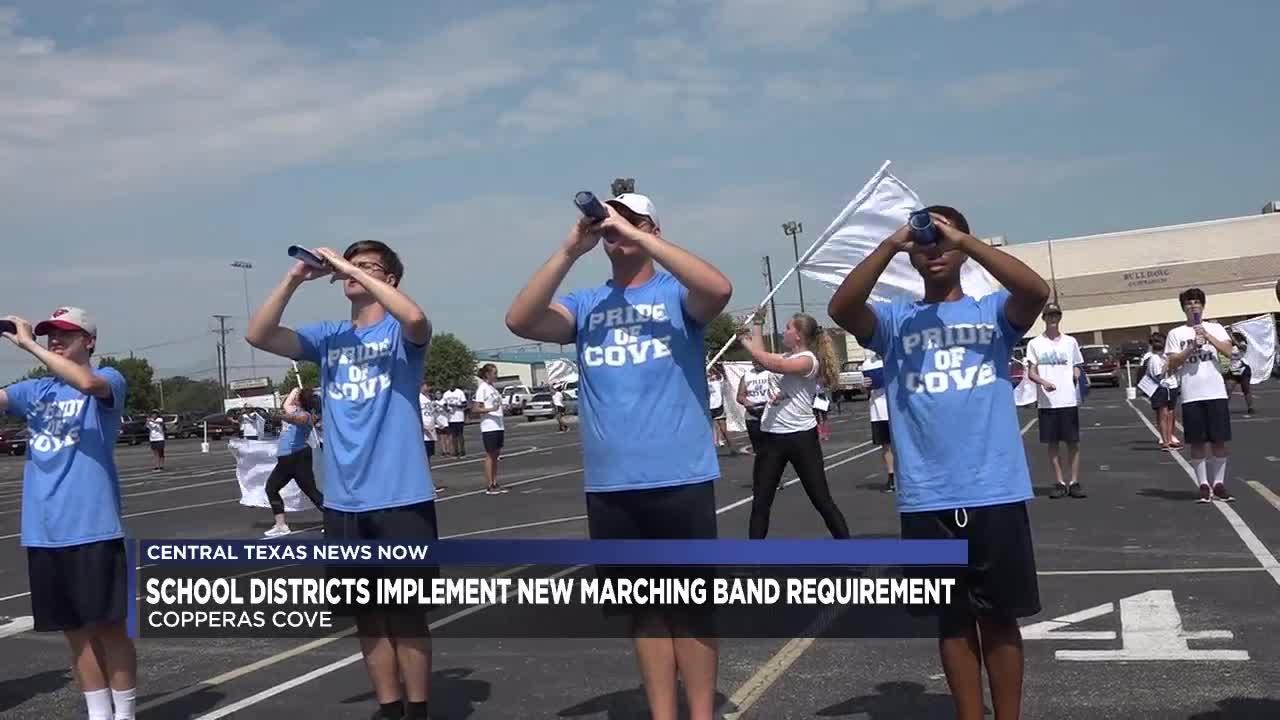 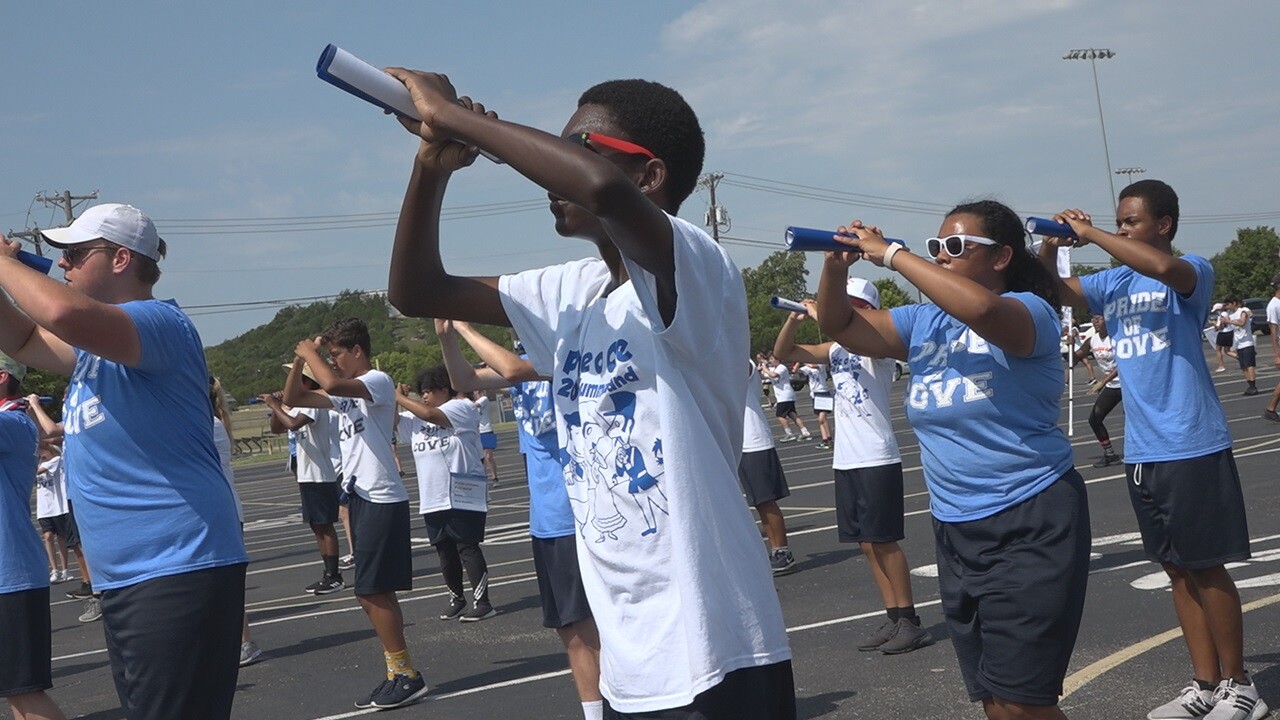 COPPERAS COVE, TX — If you have a marching band student here in the Lone Star State, by now they should have gotten their physical exam.

It is a part of a new rule from the University Interscholastic League (UIL) mandating all marching band members have a physical exam on file.

As an active Copperas Cove High School band member for the last six years, Gabriella Gorres knows all too well the physical demands of the team.

"Because you know we've had injuries in the past because people will just lock their knees, pass out on the floor and we don't want that anymore,” said Head Drum Major Gorres, “We want it to be very safe and it's always been safe. It's just we want to take those measures to make sure that it's safe for everyone."

In an effort to ensure student wellness, 2019 marks the first year Texas will require each marching band member to have a physical on file.

The physical requirement from the UIL applies to marching band members entering the first and third years of high school, as well as any seventh or eighth graders who march in band.

In addition, a medical history form is required for marching band students in their second and fourth years of high school.

"I think it's just more of a preventative measure to make sure all of our kids are safe and all of our kids are well taken care of," said Assistant Band Director Kenneth Marina, “There's some things that we can't necessarily see on the outside that we don't know what's going on. And we want to make sure that if they're going to be you know, having all this physical activity, they're going to be well taken care of.”

Marina shared the roughly 200 Pride of Cove members are all checked out and ready for the new school year.

"Copperas Cove ISD partnered with providers to make sure that all of our kids were able to get our physicals, a lot of them at no cost to them to make sure that we were all set up for success for another successful band program year,” said Marina.

The rule went into effect on August 1.

According to the UIL, beginning in the 2020 and 2021 school year, all students are expected to meet compliance prior to beginning any physical activity associated with marching band regardless of the start date.