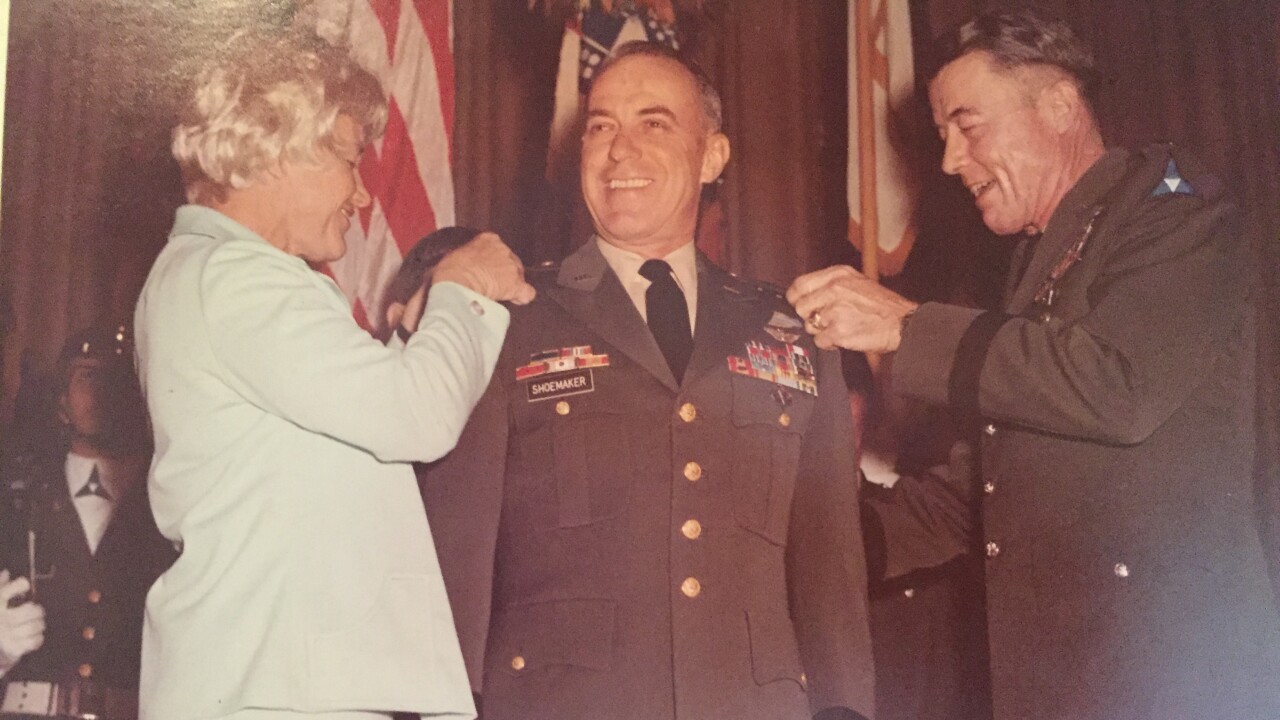 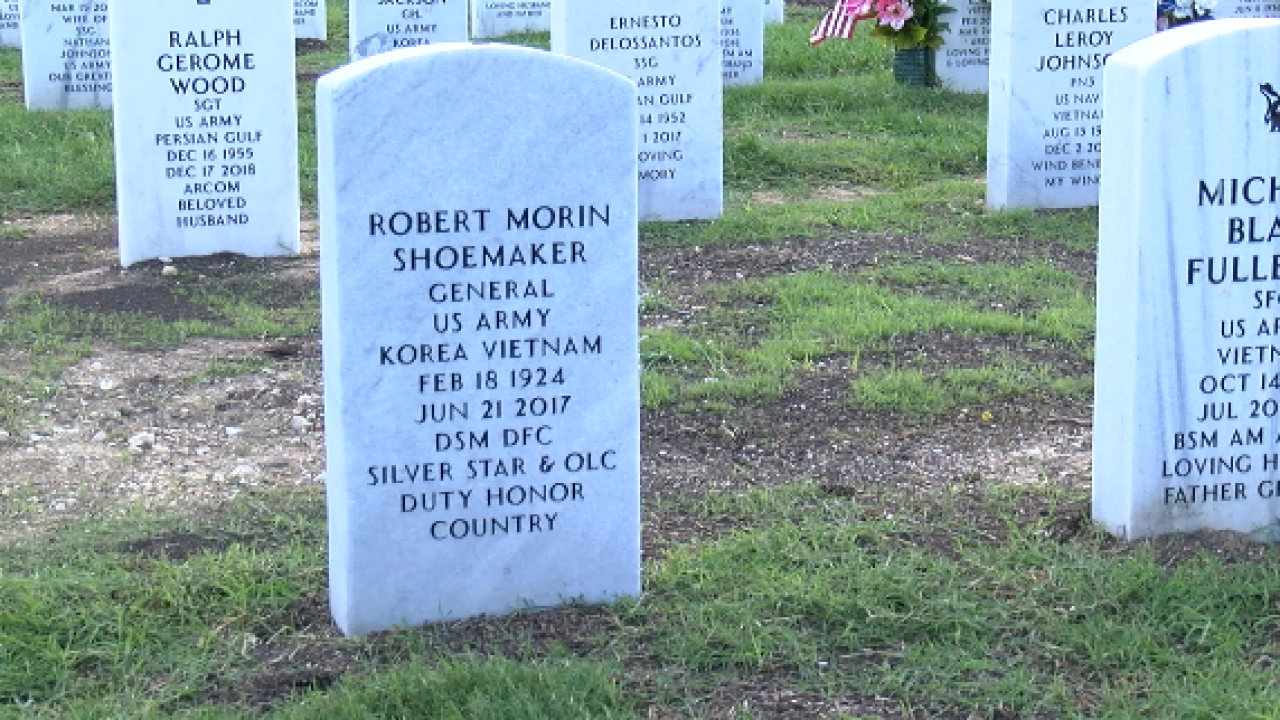 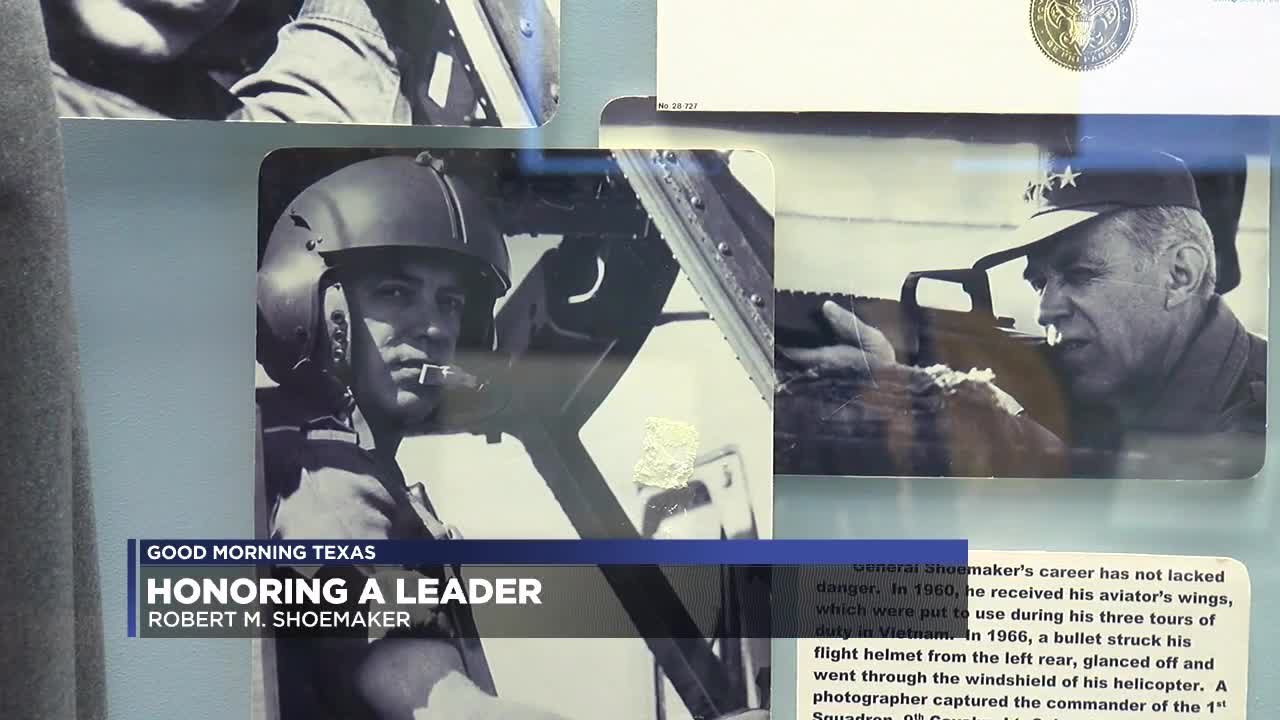 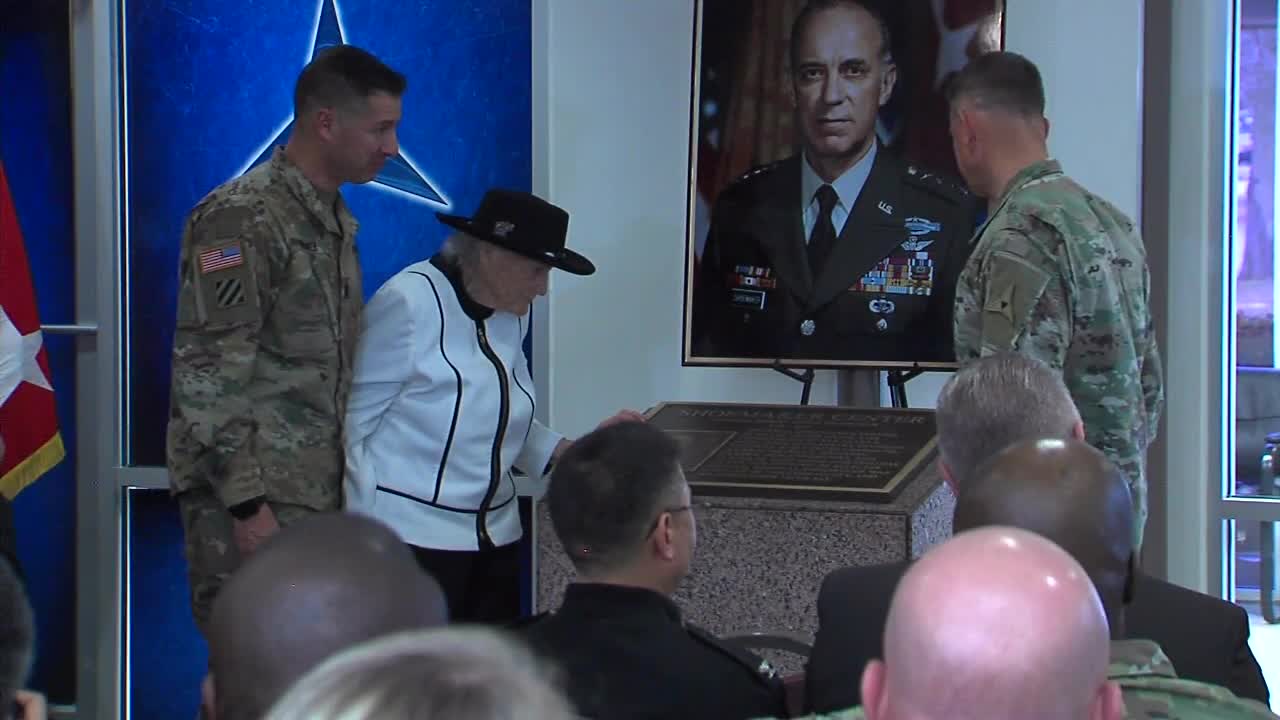 Shoemaker served 36 years in the Army fighting in the Vietnam. Cold and Korean Wars. In that time he lead two 1st Calvary units in Vietnam.

That is where he met retired Lt. Gen. Pete Taylor, a brand new major at the time, followed Shoemaker into battle. Although intimidated, Taylor always looked up to Shoemaker because of his amazing leadership skills.

Retiring in 1982, those leadership skills didn't stop. Shoemaker served as Bell County commissioner, President of the Heart of Texas Council of the Boy Scouts and the Fort Hood chapter of the United Way and helped the Bell County community accomplish so much more.

Shoemaker made a lasting impact by helping Taylor get approval from Texas Legislature to create the Texas A&M University - Central Texas Campus in 2009.

"He never retired either, he continued work, he's one of the main reasons this university is here," Taylor said.

Shoemaker also dedicated himself to his namesake Shoemaker High School, which was one of his favorite places to be. He loved walking the halls with students and teachers and supporting them throughout the school years.

"He would say, 'how are my grand kids, today?' you know, and it's just Shoemaker, we are Shoemaker," said former Principal Sandra Forsythe.

Forsythe was principal from 2015 to 2018. Her experience in education was nothing short of incredible. Forsythe said she is honored to have met the man that so willingly wanted to help others.

"You think he'd invented [Shoemaker High School]," said Tuke Shoemaker, his wife. "That high school put five more years on his life I know it did. First thing he'd do when people come out to see us is take them to the high school."

Shoemaker gave multiple scholarships and endowments to the students of Shoemaker High School. He wanted them to succeed, and even though gone now, his words of wisdom live on.

In the front lobby of the school, a video of the general giving advice is playing in hopes to inspire students to achieve their goals.

His mother, Pomala Orda Morin Shoemaker, was a librarian and teacher. Some could say Shoemaker's affinity for school came from her. A portion of the library at Shoemaker High is dedicated in her honor.

"I recall him saying to me, that was the happiest moment of his life, and he wondered what his mother would think and he hoped that he made his mother proud," Forsythe said.

After 93 years of love, laughter and support the Four Star general passed on June 21, 2017.

"I had him, holding his hand and all of a sudden his hand just squeezed mine he has terribly strong fingers and he squeezed my fingers 'til they almost hurt and then that was the end, there's no light in his face at all," Tuke said.

Many that day said Central Texas lost a legend. He left behind his wife of 70 years, friend Taylor of 50 years and many others that still miss him today.

"There's a beginning and there's an end but all that stuff in between and you look at a life well lived man," Forsythe said.

Before he passed he always said he wanted one thing.

"He wanted to be buried with his troops and he sure won that one didn't he," Tuke said.

Now, forever resting at the Central Texas Veterans Cemetery in Kileen, the only thing we have are stories and memories to share.

"I probably would have been afraid to call him a friend at that time but he considered me a friend because I was one of his soldiers," Taylor said.