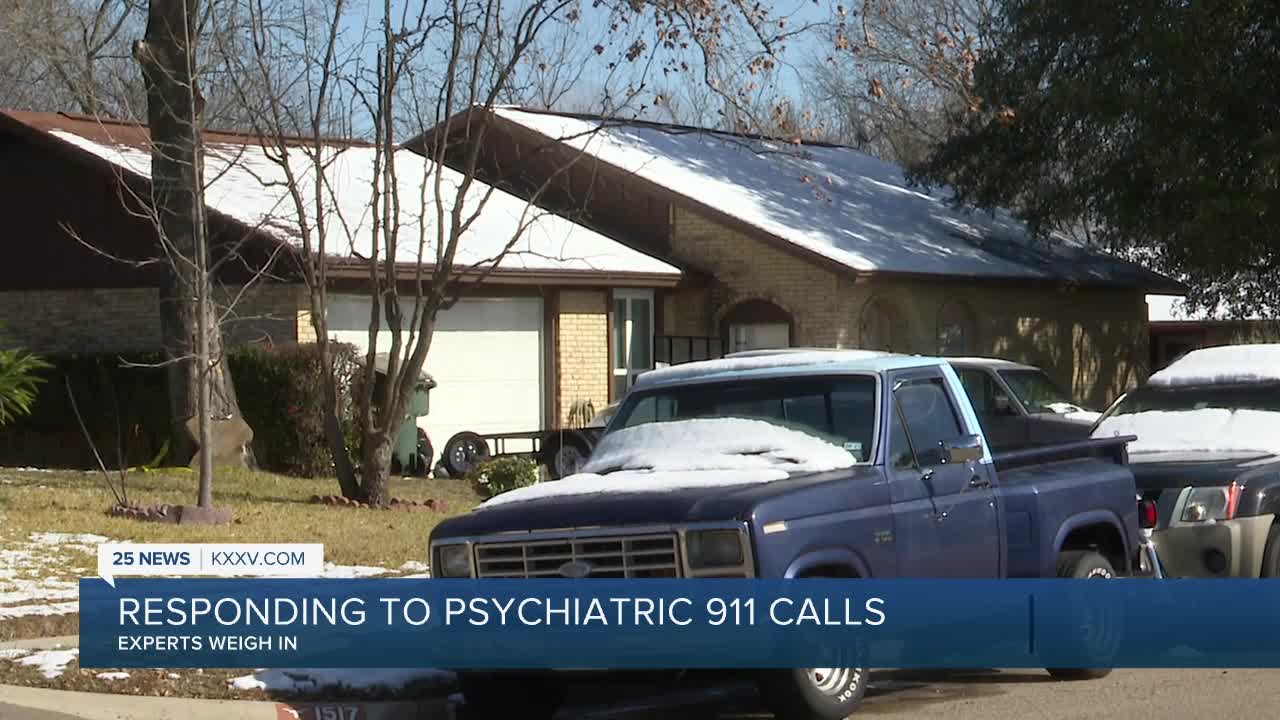 An officer involved shooting regarding a psychiatric call this past weekend in Killeen is now under investigation by the Texas Rangers.

At this time, no additional information from law enforcement or the family has been released.

The dispatch audio obtained by 25 News does not paint a clear picture as to what actually happened this past Sunday evening, but law enforcement and mental health experts shared their thoughts.

“They wanted mental health to figure out (inaudible) the callers husband yelling but almost to the point of physical violence in the house," is heard in the dispatch audio.

Having responded to her share of mental health related calls as an officer, Dr. Tammy Bracewell, Professor of Criminal Justice at A&M Central TX, says every call is different.

“For mental illness or someone acting erratically can mean a large range of different things,” said Bracewell.

This incident is still under investigation, but Bracewell says the dispatch audio reveals the responding officer did attempt to de-escalate the situation.

“And then can we get the phone number for his mother from the welfare concerns and give her a call and tell them we made contact but he’s refusing to speak to us," can be heard in the dispatch audio.

According to a KPD press release, for reasons still unknown, an officer shot the emotionally distressed man after an energy weapon was ineffective.

Without any additional information about the man's history of mental illness, with a background in Clinical Mental Health, Professor at A&M Central TX Jeremy Berry says this incident sheds a light on a bigger issue

“When you have an agitated individual, who might have a pervasive mental illness, the appearance of law-enforcement in full uniform might exacerbate the symptoms because of fear or agitation. There is not adequate access to mental health coverage across all communities and that’s how we end up in situations like this one,” said Berry.

“What we want to do to avoid situations like this, is to create a system that restores mental health so that individuals with severe mental illnesses are not left to deteriorate, and their actions don’t eventually lead to needing police intervention," Berry said.

Many people have taken to social media expressing their anger and frustration with KPD surrounding this incident, but Dr. Bracewell says it's important not to jump to conclusions when we don’t know everything.

Per protocol, the officer has been placed on administrative leave until the investigation is complete.