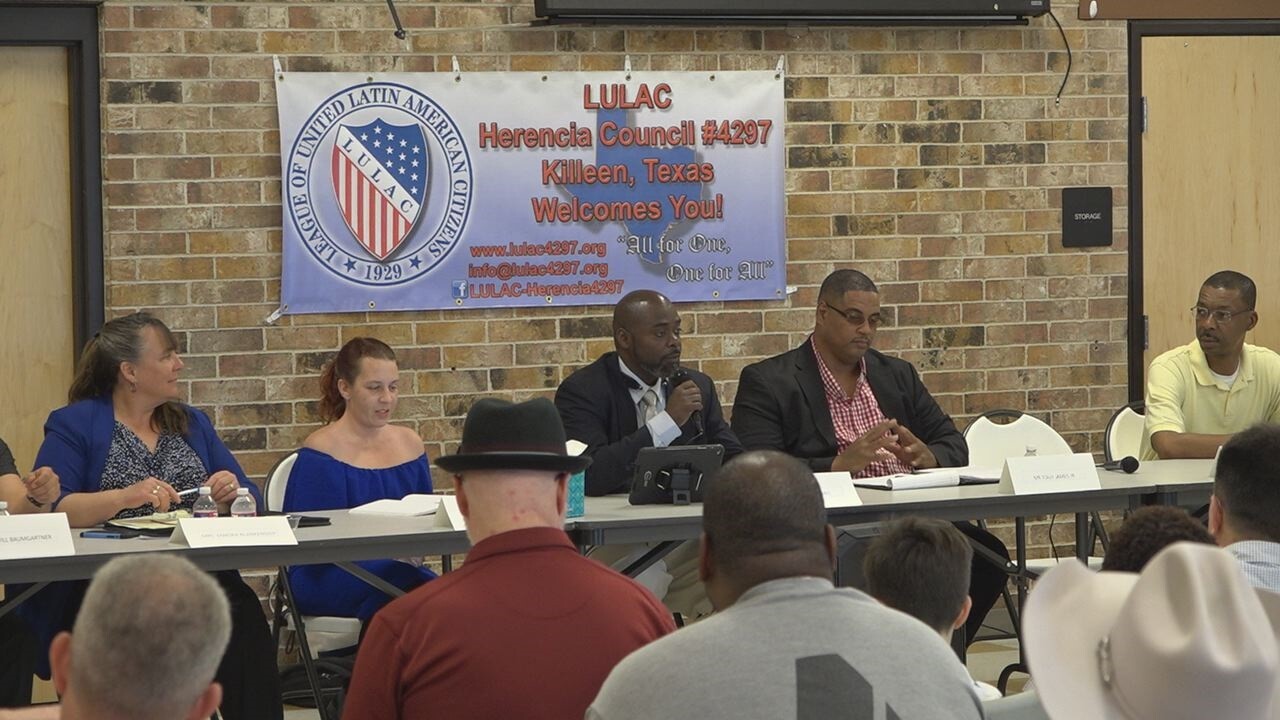 KILLEEN, TX — Candidates running for Killeen City Council are opening themselves up to the public.

On Thursday, the Central Texas Chapter of Lulac partnered with the League of Women Voters and the Stars and Stripes Exchange Club, to host candidates running for city council in an open forum panel at the Community Center in Killeen.

All candidates were given a chance to answer written questions submitted by attendees to give people an idea of where candidates stand on a variety of topics.

Lulac officials said it's all part of providing a more educated and motivated vote for the community.

"It is extremely important that people come out and vote. That people come and own a part of their community. If they don’t vote, they still vote, just not for the person they would have selected or the person that would have represented their community and their district,” said Analuisa Carrillo-Tapia, deputy district director for Central Texas Lulac.

Early voting in Killeen starts on April 22 and the official election day is on May 4.