Jury trials postponed until 2021 due to COVID-19 concerns 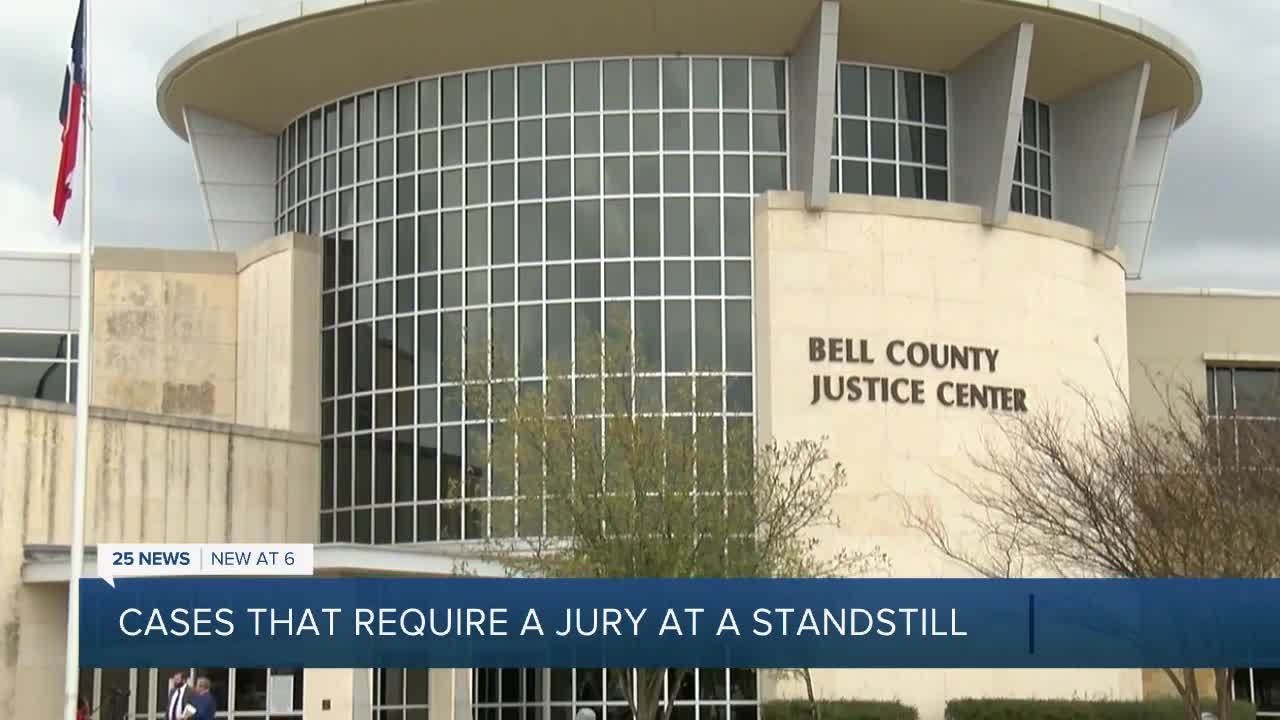 Trial judges and lawyers have been getting lots of screen time lately as they try to navigate the legal process in the COVID-19 era. Like most of us, meetings and hearings have shifted to Zoom, but there are some instances where a virtual meeting just won't cut it.

Nearly every jurisdiction in the U.S. is now encouraging the use of videoconferencing to ensure that judicial business gets done. Hearings for minor offenses have been able to move forward, but for criminal cases that require a jury, those are at a standstill.

“Clearly COVID has impacted everybody and the criminal justice system is no different,” said Henry Garza, District Attorney for Bell County.

A COVID-19 infections grow, so does the backlog of criminal cases that require a jury.

“Is it worth the risk of causing the death of an individual to have a case tried right now? The Supreme Court of Texas has answered that question," Garza said.

Garza says as of right now, the Texas Supreme Court has pushed all jury proceeding off until February 1, leaving him and many others upset.

“At the end of the day, it’s frustrating because we’ve had no trial,” said Patrick Arryn.

Local civil rights activist and Founder of Change is Here, Arryn has been following the courts delays in regards to Michael Dean's case, who was killed by a Temple police officer back in December 2019. While he understands the safety precautions that have to be taken due to COVID-19, the trial has been delayed multiple times, leading him to some suspicions of his own.

“We’ve had no new information and it feels like a cover up is still going on, and maybe COVID-19 has helped with that cover up,” said Arryn.

“Nothing in the criminal justice system acts in isolation, so it’s not just a backlog of cases awaiting courts, especially trials, but what happens on the front and back of that as well is severely impacted by COVID," Dr. Lynn Greenwood said

As a professor of criminal justice, Dr. Greenwood says it’s kind of like a domino effect. As far as COVID-19 goes, everything within the criminal justice system is being impacted.

“You’re dealing with people's right to a speedy trial just going back to that piece, but then you add in the health, the health and safety concern for those who are sitting in jail and for those who are working in those facilities," Dr. Lynn Greenwood said.

As the health and safety of all parties involved is being prioritized, DA Garza says he will continue to prepare for trial.

“When we get the green light to be able to go in the court room, then we're going to hit it hard, and we’re going to hit it full-time for quite awhile to get caught up with those cases that we would have tried this year,” he added.

Garza says crime hasn’t stopped because of COVID-19. So, the delay is only adding to his existing pile of trials he’ll have to tackle come February 2021, if the Texas Supreme Court says jury trials can resume.

James Stafford, spokesman with the Bell County Commissioners Court, says they have hit a record high of inmates in Bell County jails. There were 985 inmates as of Monday and 975 as of Tuesday. He says most inmates are awaiting trial.