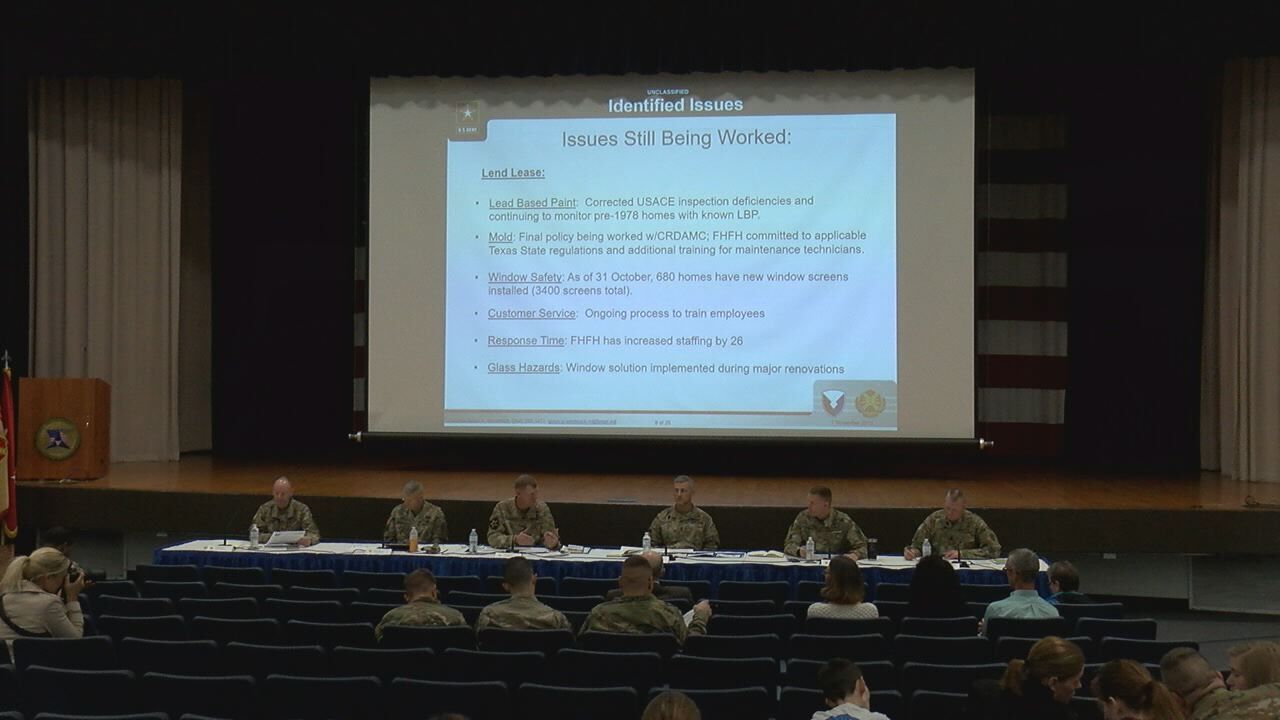 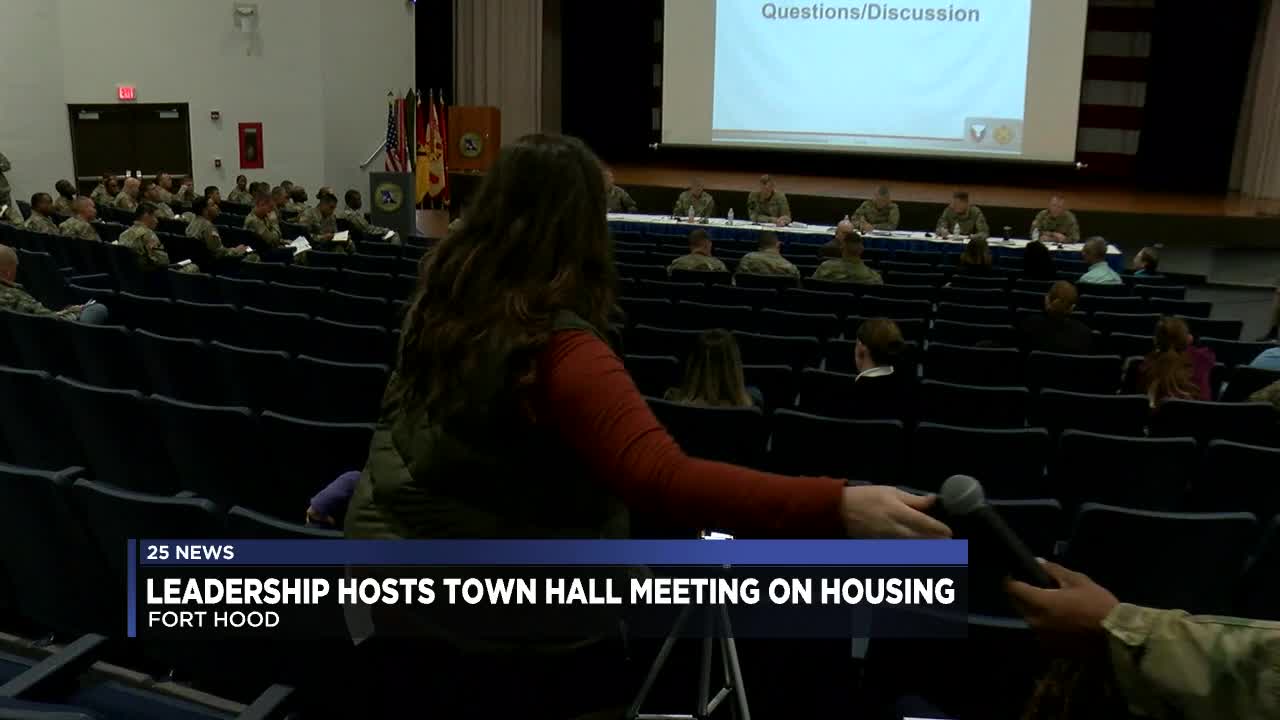 The meeting comes after the Secretary of the Army called military base housing conditions unconscionable during a hearing in April, prompting mandatory inspections of military housing.

The point of these quarterly meetings is to make sure that Fort Hood leadership is holding Fort Hood Family Housing accountable.

It's a process better explained in this statement from Fort Hood Garrison Commander, Col. Jason Wesbrock.

"Today's housing town hall was part of an ongoing process of Fort Hood
leadership holding Fort Hood Family Housing, a civilian owned and operated
post housing sub-contractor to Lend Lease Incorporated, accountable for
providing safe quality housing for our Soldiers and their Families. We have
seen some progress over the last 10 months, and recognize we still have work
to do and progress to be made in customer service, quality of maintenance,
and communication. The chain of command for each Soldier remains actively
involved in the process and will continue to do so until every issue is
resolved.”

Several people showed up to the meeting, expressing concerns about the housing on Fort Hood, citing mold as their biggest concern.

Military spouse Emilee Brown has been displaced for 12 out of the 17 months she has been stationed at Fort Hood and said more must be done.

Brown was among several that spoke to Fort Hood leadership and Fort Hood Military Housing Thursday. Courtney Hamilton said she, along with her husband and four sons, have been living in a hotel for the last 92 days.

"We are at the process in our remediation where all the mold is hopefully gone from the structure, but our household goods need to be remediated. They are at condition 3, which is the worst one,” Hamilton said.

Fort Hood Leadership expressed their concern to those who showed up to the town hall meeting to address being displaced, also adding that progress is being made.

"My heart goes out to your family, and I feel terrible about the situation you have been in over the last number of months,” MG Kamper said. "We haven't fully resolved your situation yet and a few others, but I do disagree with your statement that no progress has been made. We have a couple tough situations that we are still working to resolve, and you are one of them, and I feel terrible about that, but there is progress being made here."

Brigade commanders also gave progress updates, listing improvements that have been made in the different housing areas since the Department of the Army called for an inspection of all military housing.

As of Nov. 7, Fort Hood Family Housing had 15 displaced families and just over 1,100 work orders to fill.

Every person who expressed concern or made complaints during the town hall meeting were asked to meet with Fort Hood leadership immediately following the meeting.

The next quarterly meeting will be on March 19, 2020. Anyone looking to express concern before then can go to the town hall meeting in their housing area.

Here is a list of upcoming town hall meetings per housing area: