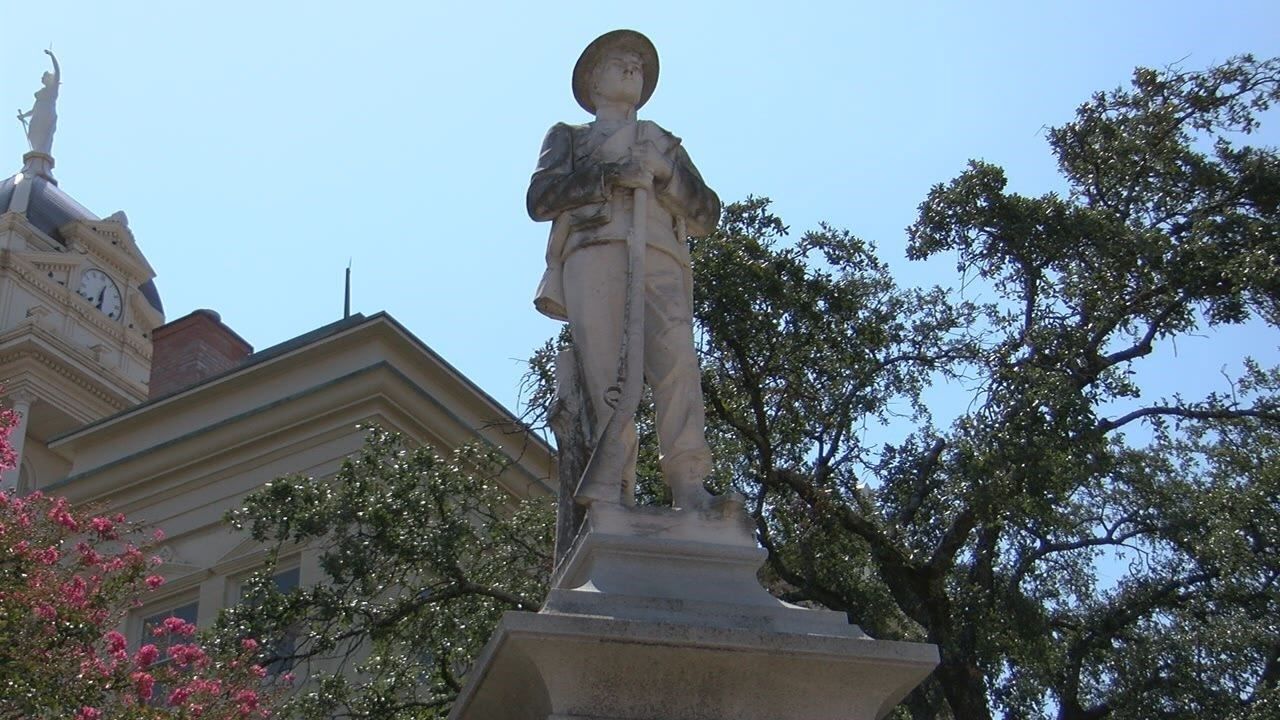 BELTON, Texas — Sunday night, dozens gathered at the Bell County courthouse in Belton to share stories of what it means to be "Black in Belton" and to call for justice and reform.

"Small towns are getting swept over," protest organizer Patrick Arryn said. "So I thought it was really important to start going to these small towns so they can experience these protests for change."

But as speakers and artists shared their pleas for equality, dozens more stood armed with guns, proclaiming their Second Amendment rights and protecting the Confederate monument on the square.

"The last thing we want to do is remove it and put it somewhere else where it can't be seen and we can't learn from it. We propose keeping it there," Greg Holland said.

Protest organizers told 25 News the monument was never the focus of the protest. But, for several who came in support, its presence serves as a reminder of the city's oppressive past.

The statue was built in 1916 by the Daughters of the Confederacy, more than 50 years after the end of the Civil War. Protesters have called for its removal several times, but the City has never taken it down.

Some say it just needs to be put in its historical context.

"We should put a plaque next to it and talk about the dark, absolutely awful times that it represented," Holland said.

Still, organizers say tonight was less about the statue and more about giving the Belton community an opportunity to listen and find common ground.

"For us to make progress we have to get on the same page," organizer Brodrick Crain said. "Right now we're in a big shouting match. My goal is to stop the shouting match and actually get to a level of understanding."

The group said they hope sharing their stories will help change what it means to be "Black in Belton" going forward.