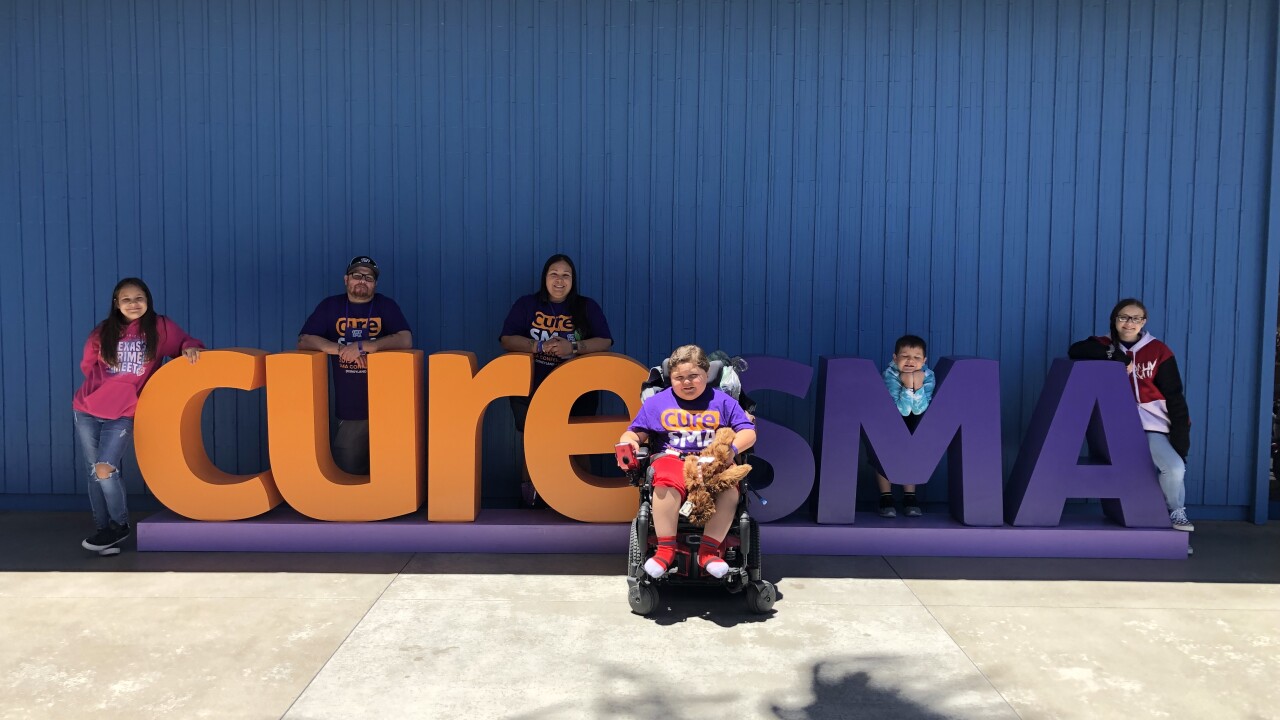 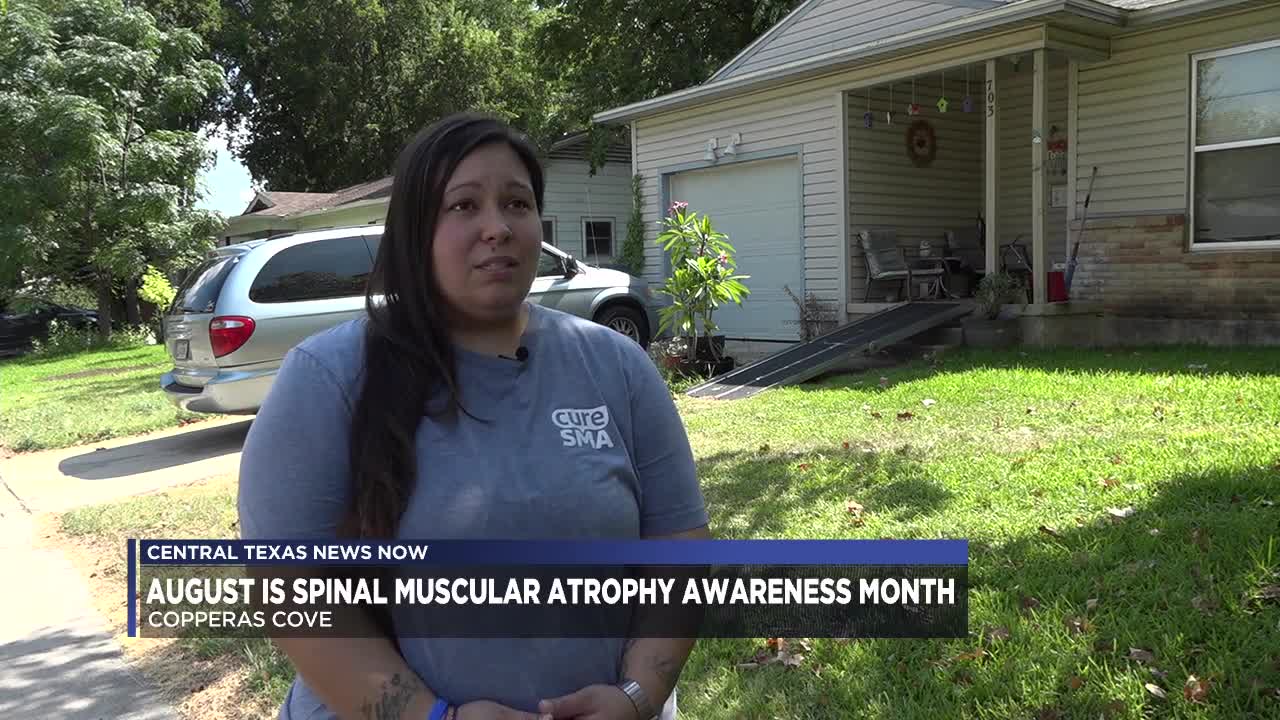 However, she added, it may have to be an adaptive tricycle for bike-riding to work for her son.

“Sawyer was diagnosed with type 3 of spinal muscular atrophy or SMA. He was diagnosed around [the age of] two. It was a genetic test that was done," said Brandi.

"SMA is a group of hereditary diseases where patients will have a difference in their motor neurons, which are in your spinal cord and your brain stem, and they affect how it is that your muscles work," said Clinical Geneticist Colleen Macmurdo, DO with Baylor Scott & White Health.

For Sawyer, that means he cannot walk without assistance. Nor can he run, jump or hop.

"My muscles don't work like everyone else," said Sawyer.

Doctors say one in every 40 people carries the gene that causes SMA, and a child of two gene-carriers has a 25% chance of being born with spinal muscular atrophy.

People across the country are using the month of August to highlight the genetic disorder and raise funds for research.

"SMA Awareness Month is so huge because now there's so many new opportunities for families with new diagnosed children that weren't available when Sawyer was an infant," said Brandi.

"One is called Spinraza which works to increase the amount of SMN [survival of motor neuron] protein available for a patient and the other is gene therapy," said Macmurdo.

One of the ways doctors can diagnose patients sooner is by doing prenatal genetic testing.

"So if you are pregnant or thinking about becoming pregnant, you should talk to your OB provider about having SMA carrier screening,” said Macmurdo, “Because if we can know that a child is at risk or affected with SMA before they're born, that can allow us to arrange treatments sometimes even as young as three days of life. And we know early treatment results in better outcomes."

Although there is no cure right now, Sawyer and his family are hopeful for the future.

"I hope they find a cure for SMA because I want to jump on the trampoline, I want to run and I want to do many things that other people can do," said Sawyer.

And Dr. Macmurdo recommended, if your physician has concerns about muscle weakness, delayed motor milestones or low tone, most patients can receive SMA testing free of charge nationwide.