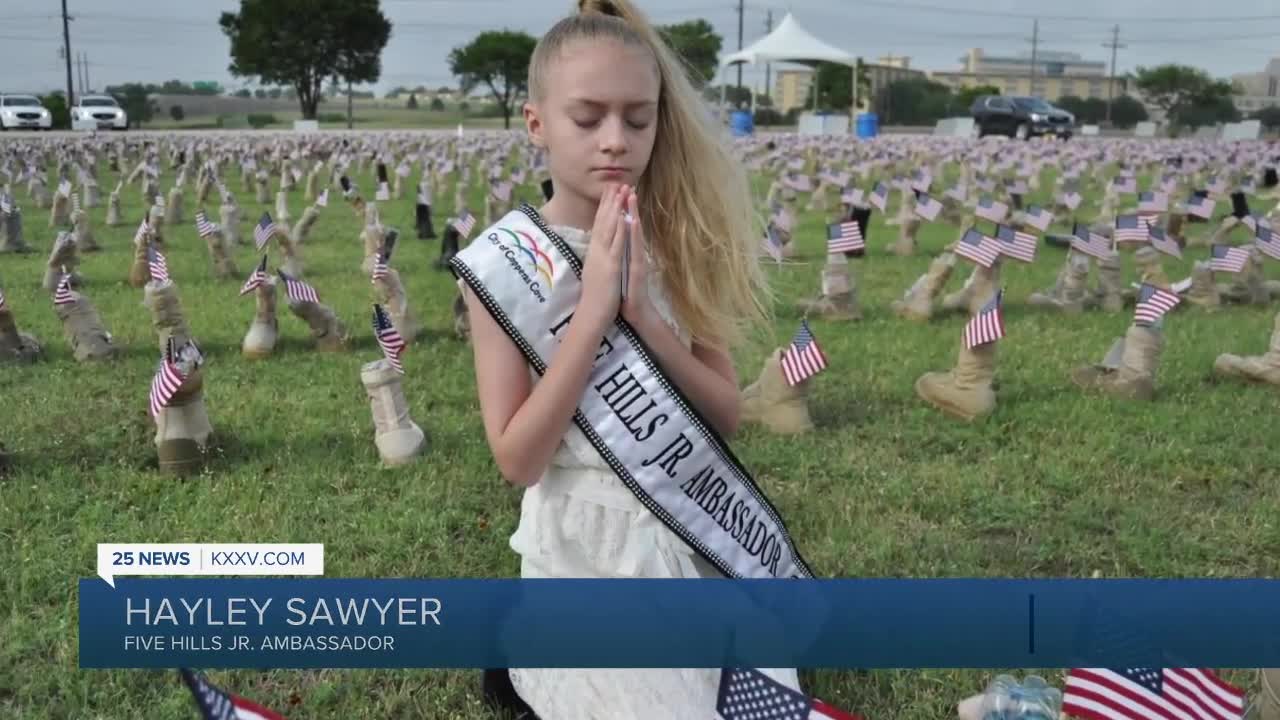 FORT HOOD, TX — Copperas Cove Five Hills Scholarship Pageant titleholders took it upon themselves to makes sure a memorial honoring fallen service members from all branches of the military was taken care of this Independence Day.

Over 7,000 boots, all neatly lined up, sit in rows at the Fort Hood Boot Memorial, located on the parade field in front of Fort Hood’s III Corps Headquarters. Each set of boots represents a fallen service member who paid the ultimate price for our freedom.

“It's very emotional because the time that I have been here, we have actually lost three soldiers in our unit,” said Jordan Hendrix, Sr. who is currently in military active duty.

The Copperas Cove Five Hills Royalty spends the days leading up to the 4th of July placing American flags inside each pair of boots, replacing the service members’ photos that are damaged or worn by the sun, and ensuring the boots are straightened to honor the fallen and maintain the memorial for visitors.

“I think that for all of the Army members who were fighting so hard in battle, it is the least I can do,” said Five Hills Jr. Ambassador Hayley Sawyer.

For the titleholders, taking care of the boots is more than just volunteer work. It's personal.

“Honoring these service members is very special to me, because my father recently retired from the Army, and my brother is active duty,” said Sawyer.

The Five Hills Royalty and their families hope this memorial reminds people that Independence Day is more than hot dogs and hamburgers, and also, to hug your loved ones a little tighter.

“That we continue to honor them, because there sacrifice is not going unnoticed. They’ve given the ultimate sacrifice by serving our country and not returning home,”said Hana Hendrix.

The Fort Hood Boot Memorial is open to visitors through July 5. The wearing of face coverings is a requirement when on the military base.