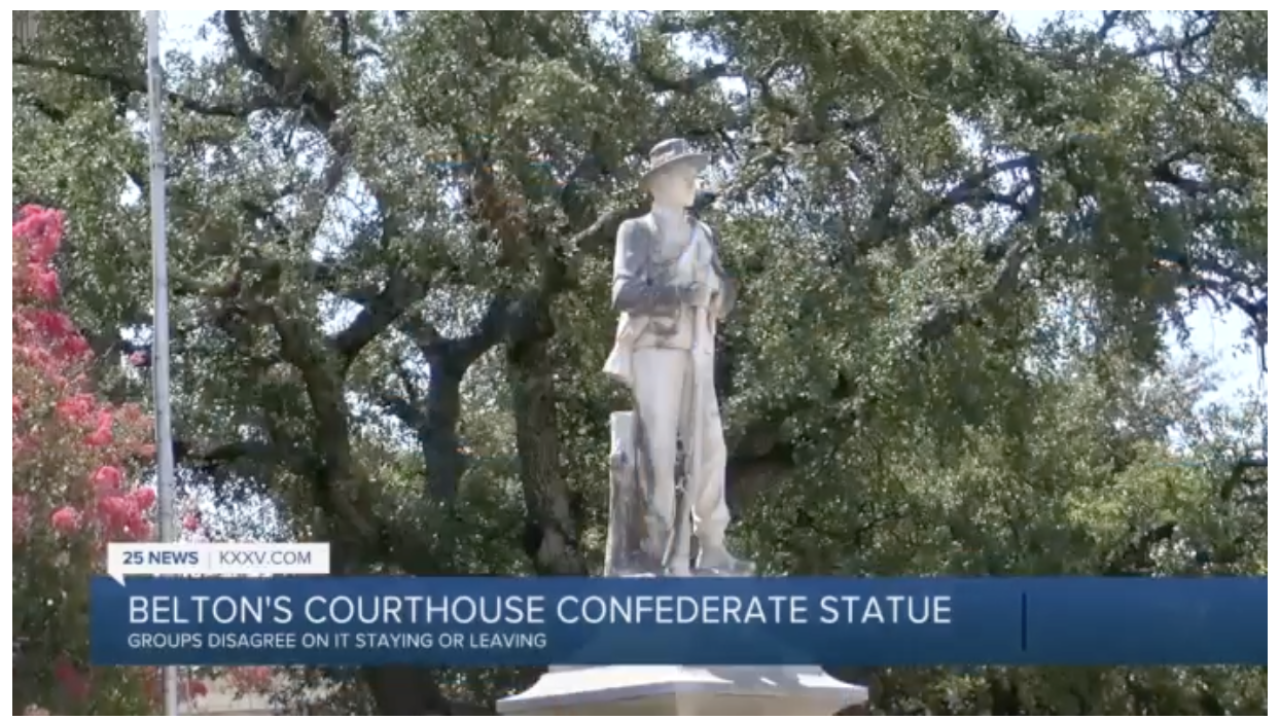 BELTON, TX — The removal of Confederate statues has grabbed headlines across the nation.

Some are hoping a Confederate monument in Belton will be next, while others are taking a stand to protect it. Its possible removal or relocation will be up for official discussion on Wednesday.

The Confederate statue has stood on the Historic Courthouse lawn in Belton for more than a century.

"The placement of where it's at, you know, by a justice center, by a courthouse, to me sends a message of oppression," said Michael Carpenter, co-founder, Illuminate Central Texas.

The memorial was built in 1916 by Daughters of the Confederacy. Several times, protesters have called for its removal, but Bell County has never taken it down.

"The issue is of interest, there's no doubt about that. We've received emails and phone calls and visits from interested individuals," said Bell County Judge David Blackburn.

However, activists like Carpenter, with Illuminate Central Texas and the Unity Coalition, are hopeful this year that will change. He and a number of others are asking for it to be relocated or removed.

"To have a statue up that commemorates people who fought for the enslavement of African Americans is just wrong, and I don't think that's the message that Bell County stands for," said Carpenter.

Judge Blackburn said the Bell County Commissioners Court will hold a public hearing to address the memorial on Wednesday.

"Residents can show up, sign up at the meeting, offer any comments they'd like to make regarding the confederate memorial," he said.

Some want the statue to stay. During a social justice protest on June 28, dozens of counter protesters took a stand to protect the Confederate monument.

"The last thing we want to do is remove it and put it somewhere else where it can't be seen and we can't learn from it. We propose keeping it there," said Greg Holland, who attended the protest. "Put a plaque next to it and talk about the dark, just absolutely awful times that that represented."

Protest organizers told 25 News the statue was not the focus of the protest. However, they said its presence stood as a reminder of what the Confederacy stood for.

"This conversation has been going on for way too long. If they would read about the Confederate history, they will see that the Confederates lost the war," said Sandra Russell.

Judge Blackburn says Wednesday's meeting will be set up in a town hall format. Individuals who wish to speak will have about 5 minutes to address the county commissioners.

The public hearing will be held on Wednesday at the Bell County Expo Center at 1:30 p.m.