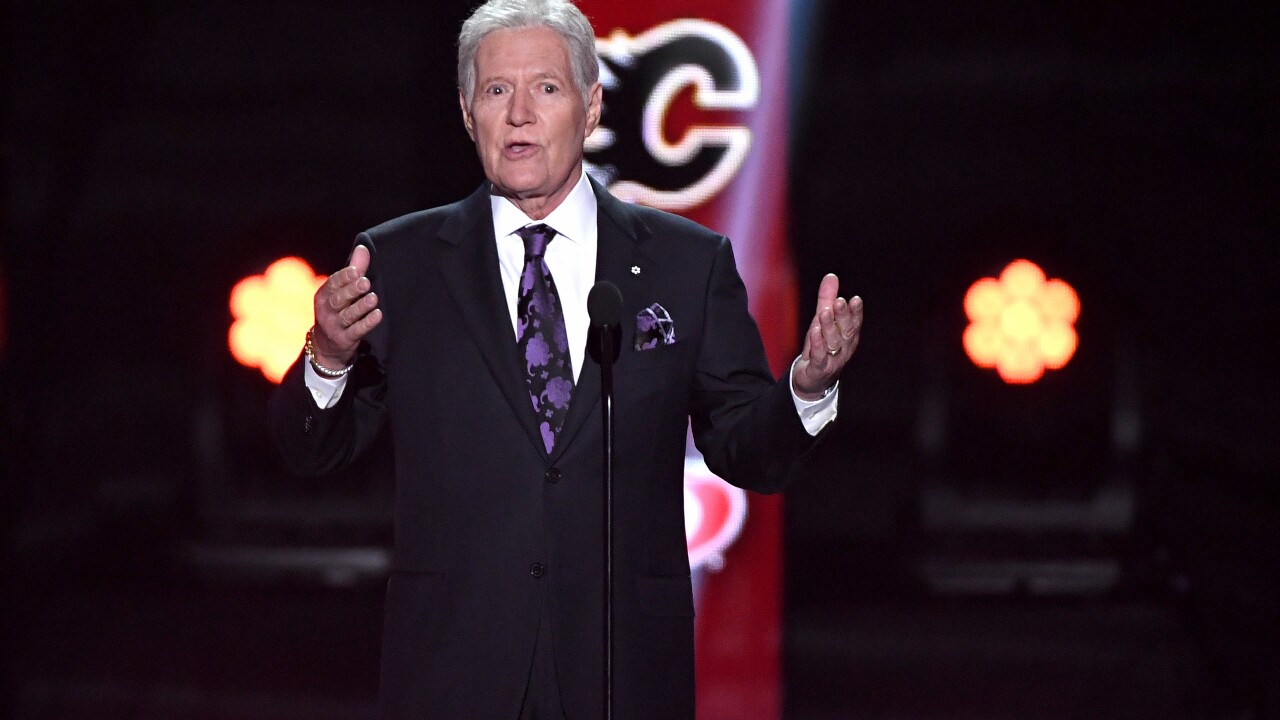 " Jeopardy!” host Alex Trebek says that he is undergoing another round of chemotherapy.

In an interview with “GMA,” Trebek told ABC News' T.J. Holmes that his doctors have decided to have him undergo chemo again after he lost a large amount of weight and his numbers sky rocketed right after finishing his first round of treatment for stage 4 pancreatic cancer.

“I was doing so well. And my numbers went down to the equivalent of a normal human being who does not have pancreatic cancer. So we were all very optimistic. And they said, 'Good, we're gonna stop chemo, we'll start you on immunotherapy,'" he said before, "I lost about 12 pounds in a week. And my numbers went sky high, much higher than they were when I was first diagnosed. So, the doctors have decided that I have to undergo chemo again and that's what I'm doing."

Trebek talked about how cancer has taken a toll on his body saying sometimes it’s “excruciating pain” and other times “fatigue.”

“Cancer is mysterious in more ways than one,” he said.

The game show host also revealed his battle with depression that started when he was first diagnosed saying that sometimes he feels a “surge of sadness” and “depression.”

“When it happened early on I was down on myself,” he told “GMA.” “I didn’t realize how fallible each of us is in his or her own way … I talk to the audience sometimes and I get teary eyed for no reason. I don’t even bother to explain it anymore, I just experience it. I know it's a part of who I am and I just keep going.”

David Crotty/Patrick McMullan via Getty Images, FILEAlex Trebek, winner of the Outstanding Game Show Host award, poses at the 46th annual Daytime Emmy Awards at Pasadena Civic Center, May 5, 2019, in Pasadena, Calif.In March , Trebek announced in a YouTube video that he had Stage 4 pancreatic cancer. Despite the news, he remained optimistic ending the video with classic wit and humor saying, “I have to host ‘Jeopardy!’ for three more years! So help me. Keep the faith and we’ll win. We’ll get it done.”

He ended up finishing his first round of chemotherapy and went on to film Season 35 of “Jeopardy!”

Since being diagnosed, Trebek has received an outpouring of support from many around the globe and told “GMA” about how he’s been given prayer shawls, scapulars and even holy water from places of worship around the world. He said he keeps these materials backstage on display.

"I realize that there is an end in sight for me, just as there is for everyone else. One line that I have used with our staff in recent weeks and months is that when I do pass on, one thing they will not say at my funeral is, 'Oh, he was taken from us too soon.'" Trebek said. "Hey guys. I’m 79-years-old. I’ve had one hell of a good life. And I’ve enjoyed it … the thought of passing on doesn't frighten me, it doesn't. Other things do, the affect it will have on my loved ones ... it makes me sad. But the thought of myself moving on, hey folks, it comes with the territory.”

With all that said, Trebek said he has no plans to stop hosting "Jeopardy!"

"As long as I can walk out and greet the audience and the contestants and run the game I'm happy," he said.