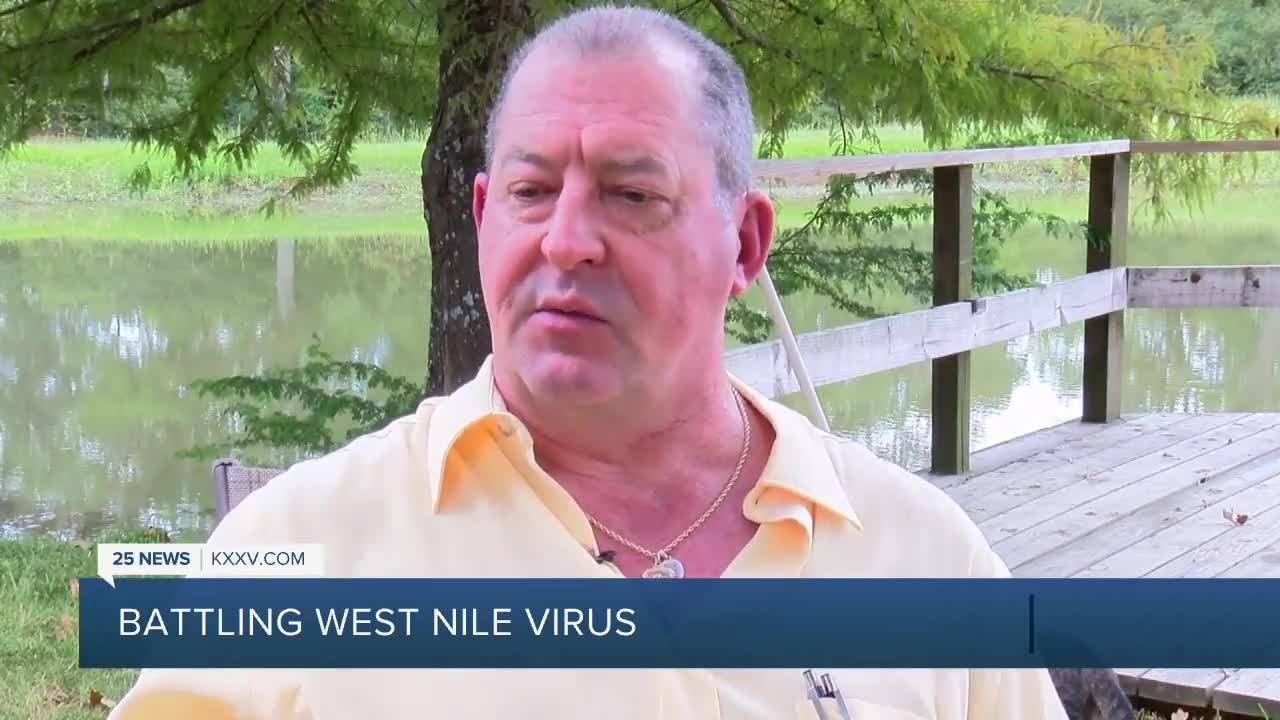 Most people exposed to the West Nile virus don’t get sick, but for those who do, it can be a life sentence.

It is the virus that changed Donnie Manry’s life. Fourteen years ago, he became ill with what he thought was a common case of the flu.

“I started feeling sick, flu-like symptoms. Headache, a sore neck, kind of fevery, flu-like symptoms, and that started over one day and progressed over six days, and basically by the sixth day, I was paralyzed and couldn’t walk,” said Manry.

After months of rehab and years of working to get back on his feet, Manry still deals with neurological effects from the virus.

“I was primarily in a wheelchair for the best part of two, two and a half years. All sorts of assistance devices, walkers, canes, crutches, forearm crutches you name it., and to this day, 14 years later, I still have to have a device,” he said.

The West Nile virus is transmitted through a simple bite of infected mosquitoes, but that doesn’t make this a simple virus to understand

“It’s so under-reported, and it’s such a damaging disease and people just don’t understand it. You know, even medically the doctors don’t understand it because the long term studies are just now coming in on a lot of the West Nile cases,” said Manry.

The Brazos County Health Department’s Environmental Health Services says in an effort to prevent the community from getting the West Nile Virus, they trap and test mosquitoes weekly throughout the county.

“We’re trapping a lot right now. We got four trapping sites that are our kind of static locations that we trap every week,” said Zachary Rodriguez, an environmental health specialist for the Brazos County Health Department.

As of Friday, Brazos County and the surrounding counties have not had any positive pools of mosquitoes with West Nile.

In the last 10 years, Texas has reported more than 3,300 cases of West Nile disease, including 172 deaths.