Vehicle windows shot out with BB-guns, paintballs in Bryan neighborhood 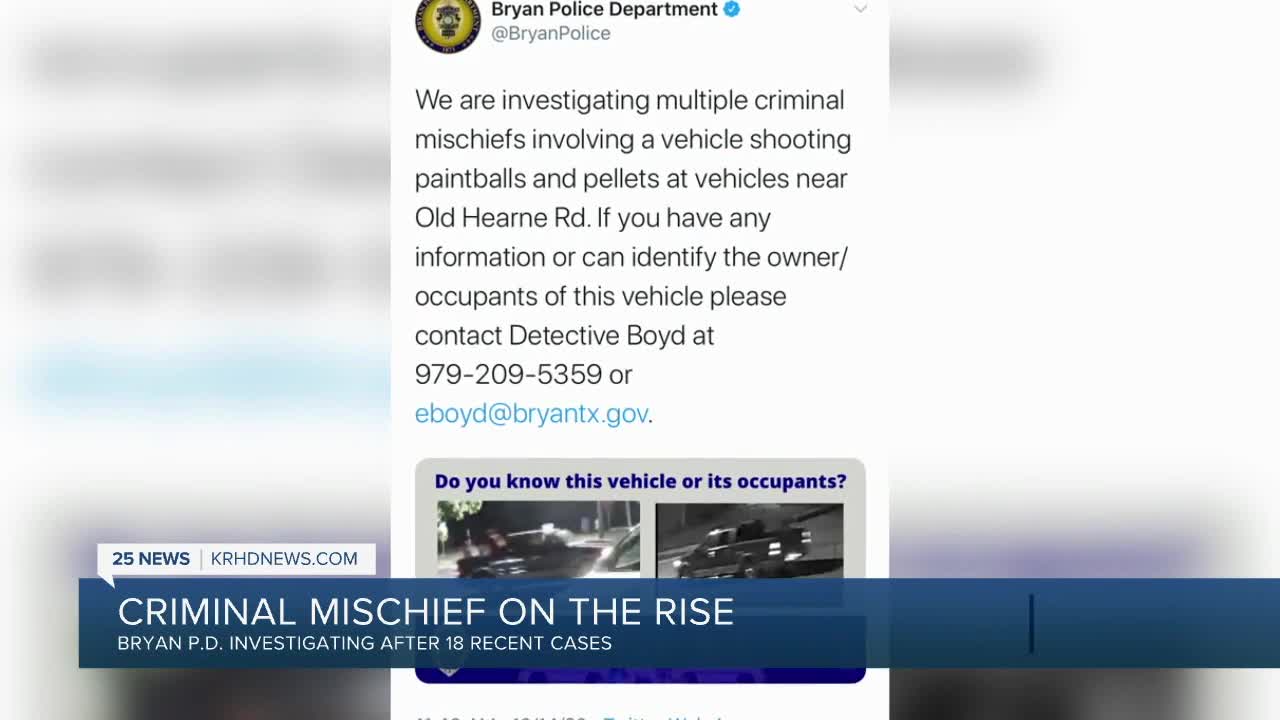 BRYAN, TX — The Bryan Police Department says there have been 18 reported cases of vandalism in neighborhoods near Glacier and Yosemite Dr.

Some vehicles could be seen with blown out windows, shot out with BB-guns and paintballs.

Police say the petty crimes are upsetting residents who now have to pay out-of-pocket to fix damages.

”If you can identify these people who we, hopefully, associate with the crime, please reach out and let us know so we can help get these victims at least some sleep about knowing, hey we’ve caught who damaged their vehicle,” said Kole Taylor, Bryan Police Department Public Information Officer.

Anyone with information is asked to call 979-209-5359 to speak directly to Detective Boyd, who is assisting with the case.

The sport of paintball, if regulated, can be an activity many can enjoy together.

”We regulate all of our speeds, and everyone's wearing a mask and so the sport in general is super super safe. It’s unfortunate when someone doesn’t do the right thing,” said Ryan Thompson, owner of Zoomz Paintball.

The paintballs sold at Zoomz Paintball is washable. Thompson assures it is safe when used properly.

Bryan PD has received footage from security cameras and suspect an F-150 truck is involved.