The National Finals Rodeo is coming home to Texas

The National Finals Rodeo is coming home to Texas in December 2020, the Globe Life Field will host this world-class event. 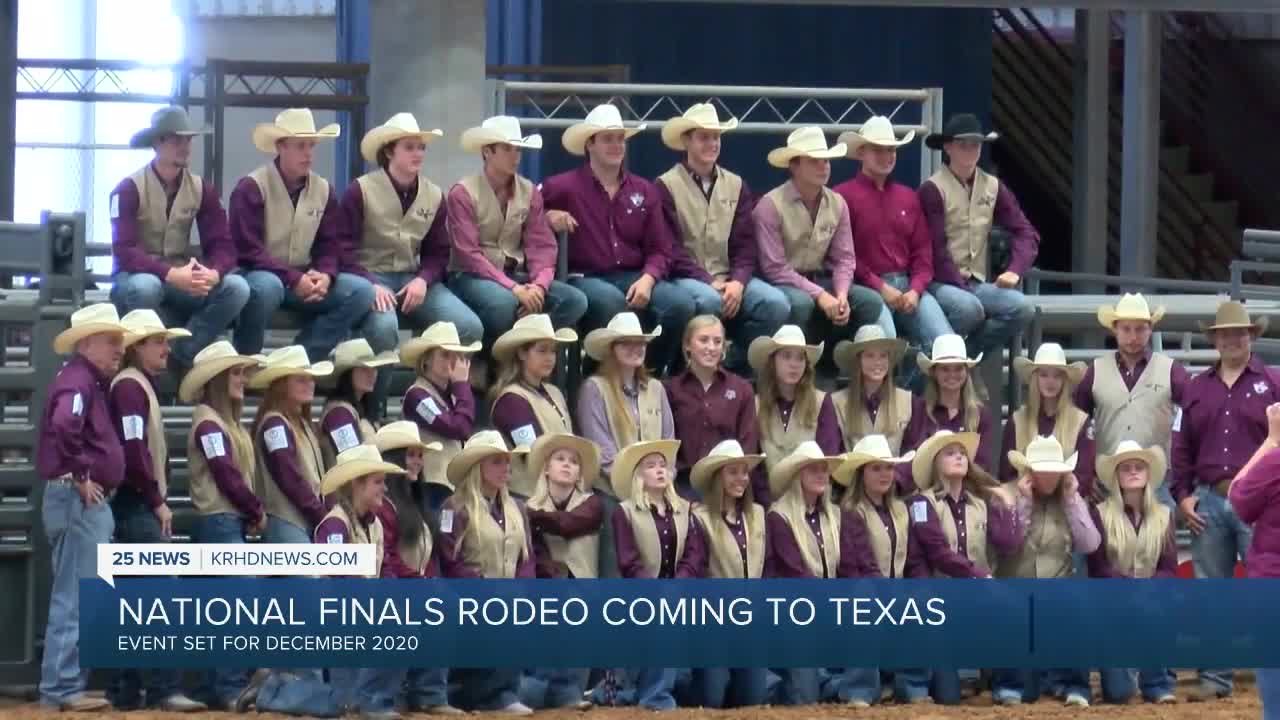 BRYAN, TX — Good news for Texans who love rodeo, the National Finals Rodeo is being held in the Texas later this year.

”I think it’s really cool that it’s coming to Texas because we are a big rodeo state and it’s coming to a lot of our rodeo people's back yards,” said Laramie Wedemeyer secretary for the Texas A&M Rodeo Team.

To qualify it takes blood sweat and tears along with being ranked one of the top 15 contestants in order to compete for the world champion title.

”It’s like the Superbowl, it’s the finals it’s a big deal and you win that and you come a long way,” said Dr. Al Wagner Texas A&M Rodeo Team Coach and Advisor.

Some contestants come from all over the country.

Those who are Texans competing can tell you Texas is home to rodeo and where the finals belong.

“We think that’s where it should have been all the time, so we’re excited.” said Dr. Wagner.

The move to Texas further showcases the sports flexibility because where it’s held, money is sure to follow.

”It doesn’t just have to stay in one place, that we can have it in different places and it gives an opportunity to different states to grow in their rodeo industry also.” said Laramie Wedemeyer.

In addition to opportunity, dreams that started at a very young age become a reality for those who are dedicated.

And this December, there are a few Aggies among those saddling up in the year’s finals.

The wrangler NFR will be the first event with no relation to baseball the Arlington globe life field ballpark will host.

Before moving to Las Vegas in 1959, the national finals competition was held in Dallas.

Gov. Greg Abbott says he’s proud to see this event come back to its birthplace tweeting “this event belongs in Texas”.