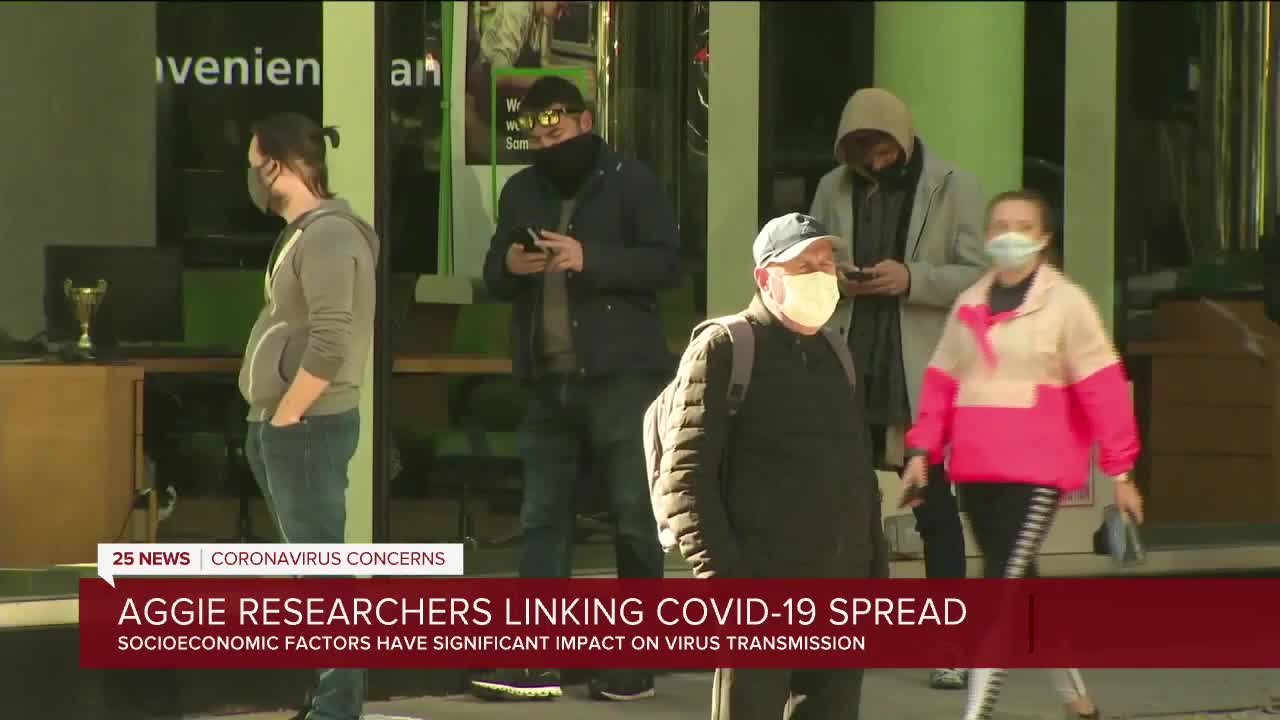 In New York City, there were 345 reported cases by the time the World Health Organization declared COVD-19 a global pandemic on March 11. That number jumped to 18,000 cases just two weeks later, making NYC an epicenter of the virus.

"The United States is very split. There is a rural America and an urban America, and the transmission patterns are probably very different, but this [New York City] was a major epicenter with a lot of people living there. That is where we saw the first massive transmission," Richard Whittle said.

The Texas A&M research team consisted of Aerospace Engineering doctoral student Richard Whittle and Assistant Professor Ana Dia Artiles. The pair collected data from New York City neighborhoods between March 1 and April 5. They found socioeconomic factors had a significant impact on the spread of the virus.

Based off of information collected from 177 NYC zip codes, the two determined that detected cases of COVID-19 and their dependents, population density, median household income and race were all associated with one another.

"The more information there is, the better we can help in some way by recognizing some associations with all statistics. There is no definite proof. It's a body of evidence," Whittle added.

"We hope that this data and statistics could inform the people that are responding to this pandemic and future pandemics in terms of healthcare allocation and resources," Whittle said.