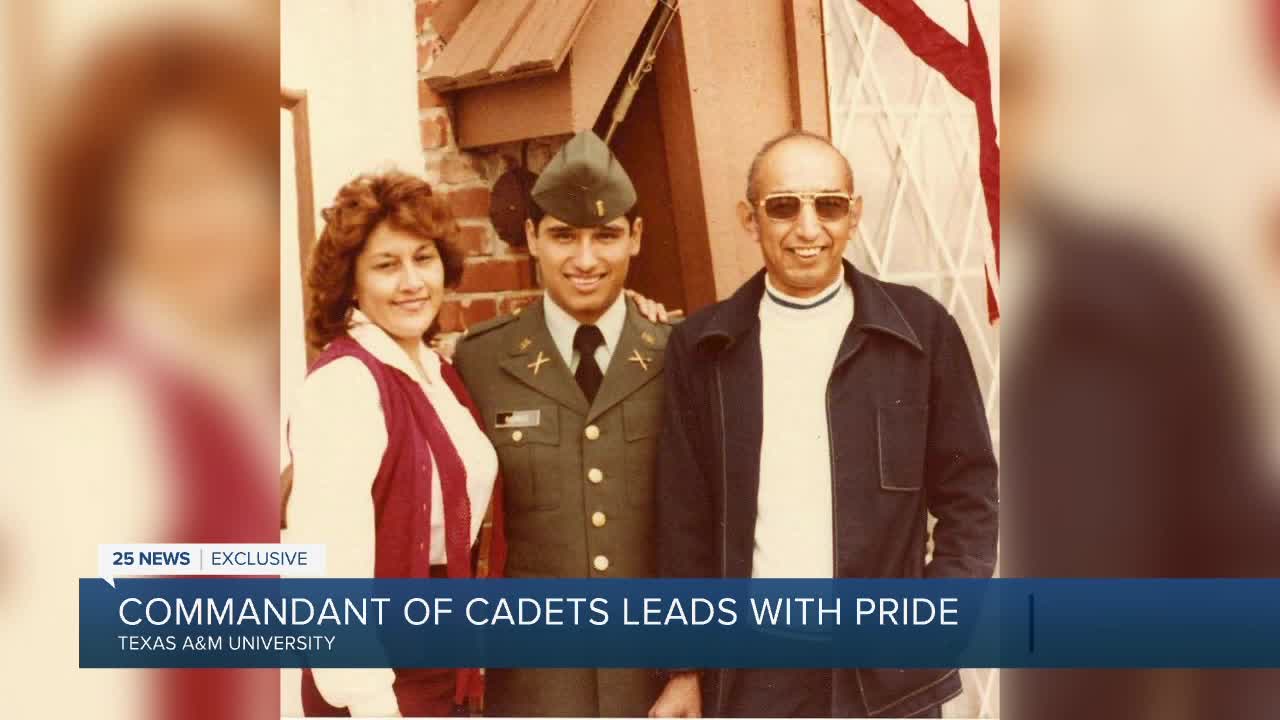 "Every time I stood in front of soldiers as a leader as a Hispanic leader, I always remembered my father's picture and what it stood for,” said Joe Ramirez, Commandant of Texas A&M Corps Cadets.

Ramirez, born and raised in Houston, said his parents from Mexico taught him gratitude of being a Hispanic American.

”They inspired me to be proud of my Hispanic culture as well, I have tattooed on my arm the words that my dad taught me when I was young boy. Sangre Mexicana, corazon Americano,” said General Ramirez.

His father’s priority was always pushing Ramirez to get a college degree.

”No other member of my family had ever gone on either my mother side or my father side and he wanted me to be the first one, so I was lucky enough to come to Texas A&M University and become a member of the corps cadets here,” said General Ramirez.

But he didn't want his parents to shoulder the financial burden alone.

”And at the age of 20 I signed on the dotted line and said I’ll take that two-year scholarship because I need the money but I also knew I owed the army four years,” said General Ramirez.

During his 31 years of service, there was one moment in particular that stands out.

” Probably the proudest day of my life in the military was the day, I made General Officer and my father was able to pin one of my stars on,” Said General Ramirez.

Ramirez became one of only three Hispanics with that rank at the time.

Now, he dedicates time recruiting in Texas high schools, and shares his life lessons with those who chose to serve at Texas A&M and beyond.

”I tell them you have no idea there are thousands of young Hispanic men and women who would love to be in your place, that would love to be on a college campus working toward a degree and hopefully a better life afterwards there are many that don’t have that opportunity,” said General Ramirez.

Hispanics are growing representation in the military, but it is still difficult for them to reach high ranked officer positions, which is why Ramirez continues to encourage young Hispanics to remain in school and get a college degree.