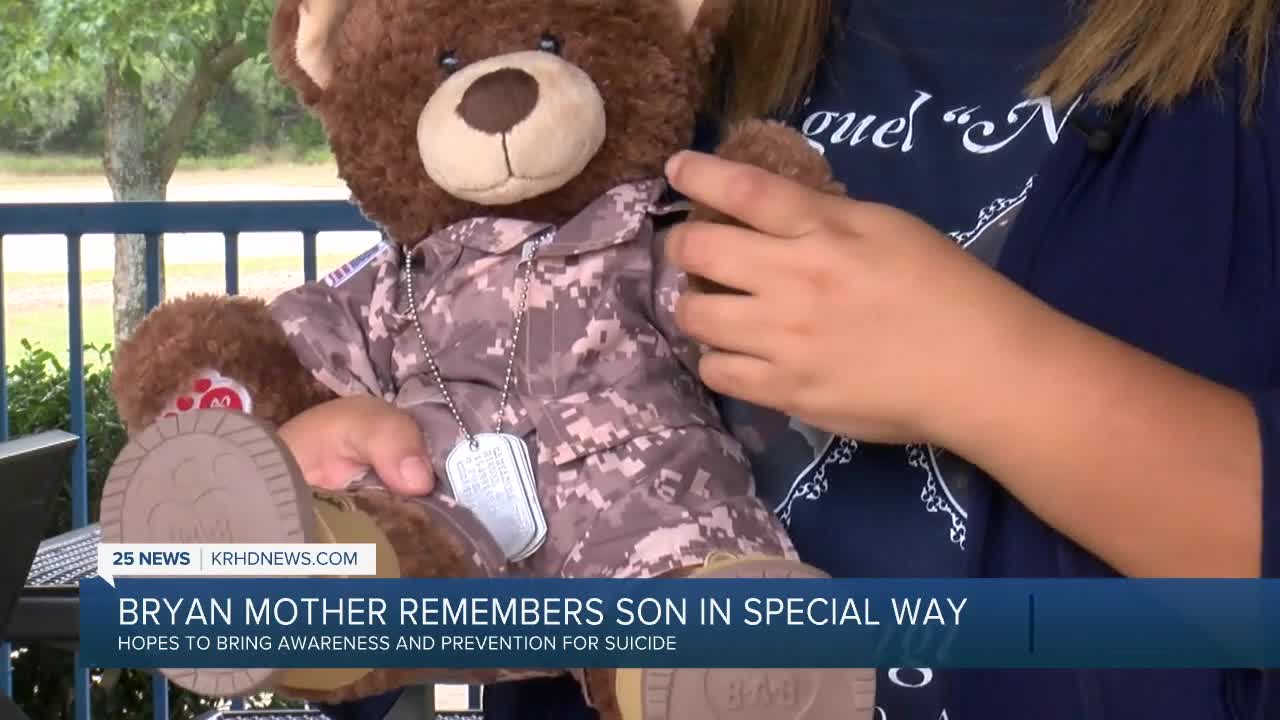 BRYAN, TX — National Suicide Prevention Week kicked off this week. A Bryan Mother says her son's suicide has already helped save the life of a young man and she hopes his story will help others who may also be in need.

The sudden death of Miguel Antonio Rodriguez left an emptiness in his mother's life along with many unanswered questions.

Miguel was larger than life and died from a broken heart after his girlfriend broke up with him.

As Miguel struggled with his relationship, his life appeared to be moving in the right direction.

"He got accepted to be a military police in the Army National Guard he went to Fort Leonard Wood, Missouri, for his first year of basic training. In May of 2019, he was supposed to graduate and after graduation, he was supposed to be sent off to finish his AIT training and that’s something he didn’t get to do," Palacios said. "So it was very hard to believe when detectives told me my son took his life. It wasn't something we were expecting. To us as a family, he never mentioned anything about it."

With Miguel's passing, Monica's daughter wanted to make sure something very special was never forgotten, his voice.

"On his left hand we have a button in here and when I squeeze it there is a voicemail from what he left me," Palacios said, in reference to a Build-A-Bear, in memory of Miguel.

A bear to help Monica get through life's unbearable moments.

"I am able to hear his voice when I want to hear it. I am able to hug it when I am lonely," Palacios said about the Bear.

The recording is Miguel saying "I made it to Fort Leonard Wood. I am safe. I will call you when I can. I love you. goodbye."

"To me, it's him telling me goodbye and that he is safe in heaven," Palacios said.

Monica Palacios has been sharing her son's story in hopes others will think twice before making an irreversible decision.

"His story was able to save the life of another young boy. To this day, I thank God that my family and I have been there for him. He is here and he is with his family," Palacios said in reference to assisting another young many who was in a similar situation.

"If his story helped one person how many more can it help? I tell my son I was always there for him. I will always be here for him and I will continue to be his voice.. If there is anything I can do to talk to a young boy or girl...I am here and I am willing to share his story," Palacios said.

These days when Monica remembers the sound of her son's voice, she hears him singing along to one of his favorite songs 'Somewhere Over the Rainbow'.

To make sure dreams come true for others, Monica wishes upon stars, so others will find peace.

After her son's death, Monica Palacios says shes been healing due to the help she's received from the Brazos Valley Coalition on Suicide Prevention and she wants others to know they can ask for help too.