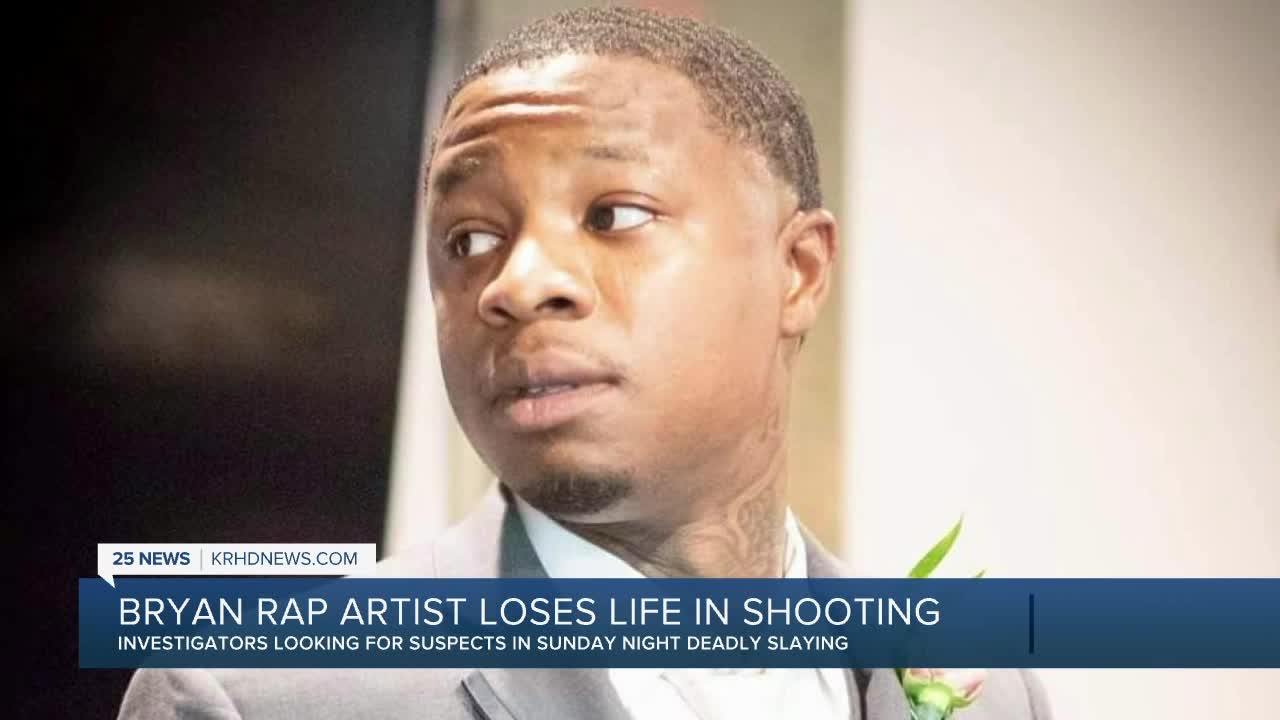 BRYAN, TEXAS — Investigators are still trying to piece together what exactly took place on Wilderland Circle Saturday night and into the early morning hours of Sunday that took a local rapper's life.

The 31-year-old, Larry Jerrell Workman, was well known in the Bryan College Station community for his personality and for his rap game.

"My son was so sweet and humble... he loved his kids alot," said Mary Jones, Larry Jerrell Workman's mother.

A friend, a father to 8 children and the other half to a newly engaged fiance, taken from this world too soon.

"Jerrell was a family man... I call him Jerrell.... he was a family man. I just want justice. Whatever happened... I want to know what happened. I don't think this is a situation where we need to cause any more harm," his mother added.

A fatal shooting left the Bryan native lifeless after reports came in to Bryan PD of a shooting just after midnight Sunday. When officers arrived, they learned that Workman and his fiance had both been shot. Larry would later die at the scene.

"This is a bad time right now to lose anybody, but to lose someone that was just so...loved by the community is heartbreaking. He had so much potential.. so many dreams and ideas that he was always working on," Jones said.

Larry Jerrell Workman's mother says she doesn't recognize the town of Bryan anymore and says it's certainly not the same community she grew up in.

Family members are pleading to the community and asking for help with getting some answers about this tragedy.

"If anyone knows anything just call the authorities and tell what you know even if think its little, it may help. Just help us to figure out what happened," Jones said.

According to his YouTube page, "L-Dub" had gotten into some trouble and spent 9 years incarcerated. During that time, his love for rapping took off and where he would start his own record label. His mother says rapping was his passion.

"His spirit is just one that you could see the humility in...and his kids...you never saw him without them," Jones added.

Detectives with Bryan PD are following leads and says the investigation that took this hometown man's life is ongoing and urge you to come forward with any information. You can reach the Bryan Police Department at 979-209-5300 or Crime Stoppers at 979-775-TIPS (8477).