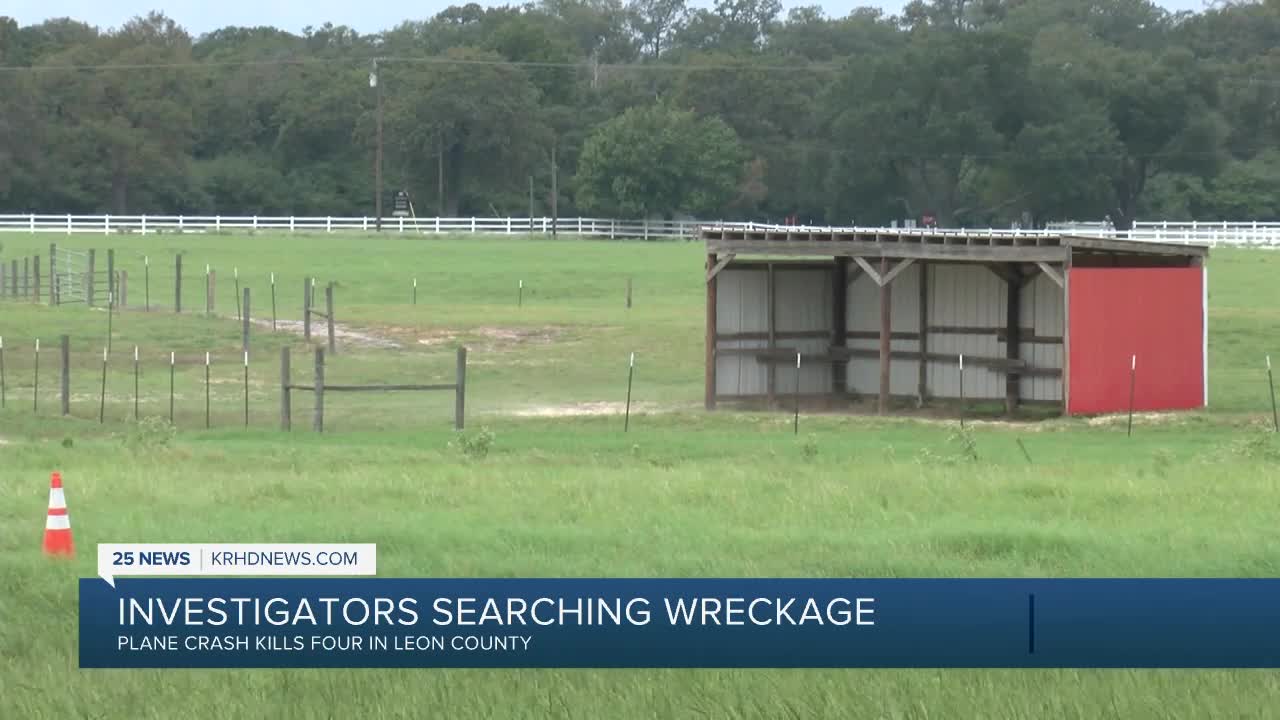 LEON COUNTY, TEXAS — It's been just one day since four people were tragically killed in a plane crash near Leon County. The deadly wreck still has investigators on scene trying to determine how it all happened.

Charred debris and a lot of questions is all that is left at the scene at Hilltop Lakes Stables where the small passenger plane crashed, killing two couples from Louisiana.

"I just heard kind of like a bomb going off... you heard that thud.. that pressure... a crash sound," Doug Haldane, a Leon County resident said.

Residents in Leon County are trying to make sense of chaos caused by a tragic plane crash.

"For unknown reasons the plane crashed just a quarter of a mile from making it to the landing strip. Unfortunately, all 4 occupants were deceased," Sgt. Erik Burse, a spokesperson with Texas DPS said.

It was late Sunday morning when reports came in about the deadly wreck.

Roxanne Schneider owns a horse stable nearby the crash site and she tells 25 News she was out with one of her horses when her husband called to tell her breakfast was ready.

"So I put her back, jumped in my truck and before I knew it, I got home and someone called and told me a plane had crashed," Schneider said.

The deadly wreck was only a stone's throw away from where her horses are stationed. After hearing of the crash, Schneider said she returned to the stables to check on her horses.

"It had just landed.. smelt all the fuel... and it was just crashed, like totally, the cockpit was gone," Schneider added.

DPS says all of the victims were flying back home to Louisiana.

"Our reports state they were coming from Austin, flying back to Louisiana when something went wrong with the plane when they tried to make a landing at Hilltop Airport," Sgt. Burse said.

Individuals from NTSB are now combing through what is left of the sight in order to hopefully determine the cause of the wreck.