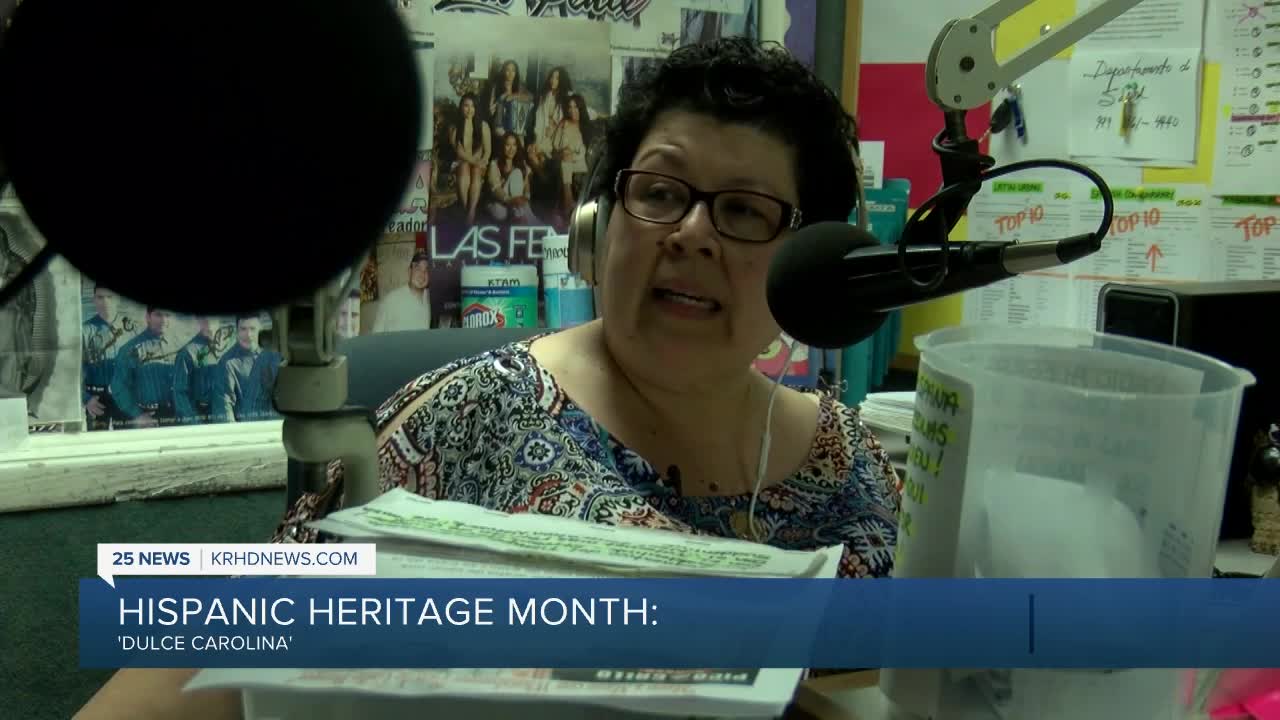 ”My family came to Bryan-College Station back in 1896. With my grandson we’re now five generations,” said the morning airshow personality.

Growing up in an authentic Mexican household, she learned about working hard from her family.

“Don’t forget where you come from, and if you want anything you need to work hard for it,” said Benavides.

Benavides is no stranger to hard work. She’s been working hard to connect with the community every morning on air.

”The fact that they don’t feel alone, you know. They have a connection to us by knowing, well let's check with the radio, let's see what Carolina says,” said Benavides.

"Ala Carolina," she calls her own form of speaking and engaging with her audience.

”I’m very Spanglish, English, Spanish, and that’s why I have a lot of people that listen to me because even if they don’t speak Spanish, I speak enough English to where they can kind of relate. I really enjoy that,” said Benavides.

Her first language is English, but over the years of embracing music and her culture, her Spanish dialect grew stronger, but says you never know what you’ll get.

”I’m so proud to be a Hispanic because of our culture and our work ethic and just who we are as people,” said Benavides.

Benavides tries to inspire young Hispanics with the will to never give up. She shares her motto every morning of "do what’s right not what’s easy."

Benavides also hosts "La Pulga," an on-air show that allows listeners to call in to buy and sell items or announce job opportunities.

Restaurant Casa de Rodriguez located in downtown Bryan was owned by Benavides’s late parents. Now passed down to her sisters and herself, they are proud of the legacy they left behind.