Starting a business is never easy and according to one annual business survey from the U.S census bureau 34-thousand minority owned business-like Rodriguez wheel alignment continue to thrive. 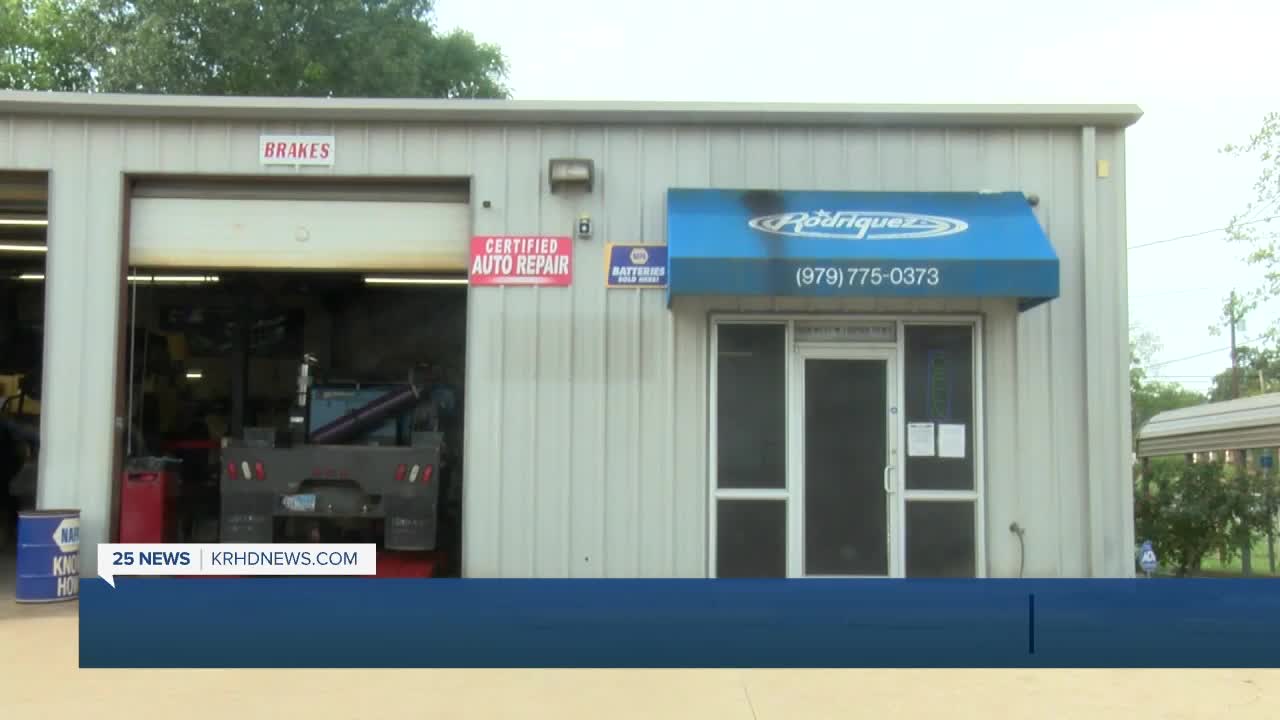 BRYAN, TX — When Roy Rodriguez graduated from high school in 1966, he thought he wanted music to be his career, but he soon stumbled onto an opportunity that changed the direction of his life.

”I stayed in Bryan and of course I started working for Firestone,” said Roy Rodriguez, Owner of Rodriguez Wheel Alignment.

Working at Firestone, he realized the demand for Spanish speakers was growing and opportunities were available.

”I started working for independent individuals who had their own shops that needed somebody to speak in Spanish,”said Roy.

Eventually, Rodriguez opened his own wheel alignment shop, but his journey wasn’t always easy. Years after opening, the property was sold and it was time to move.

”We found this property here to build and start all over again which was right at 1989,” said Roy.

Roy started all over and rebuilt the company. This Hispanic owned business has also stayed in the family by later adding his son to the team.

”I’m extremely proud of my father and the legacy he’s passed down to me through automotive. As a young boy, I actually was by his side the whole time after school learning the trade,” said Jason Rodriguez, Manager of Rodriguez Wheel Alignment, and son of Roy Rodriguez.

Rodriguez Wheel Alignment has come a long way as Roy Rodriguez looks back at his journey.

”Makes me feel good you know that we’ve gotten this far as we have, from little hole in the wall automotive shop to a big up to date business,” said Roy.

Rodriguez’s wheel alignment business has employed countless people since opening for businesses and remain dedicated to the community they serve.

According to Texas Development Corporation, there are about 14 million jobs available in the state, and this Hispanic owned business works hard to keep as many people as possible on its payroll.