The president of Texas A&M has banned tailgating for the first home game of the season but the excitement still surrounds having game days back. 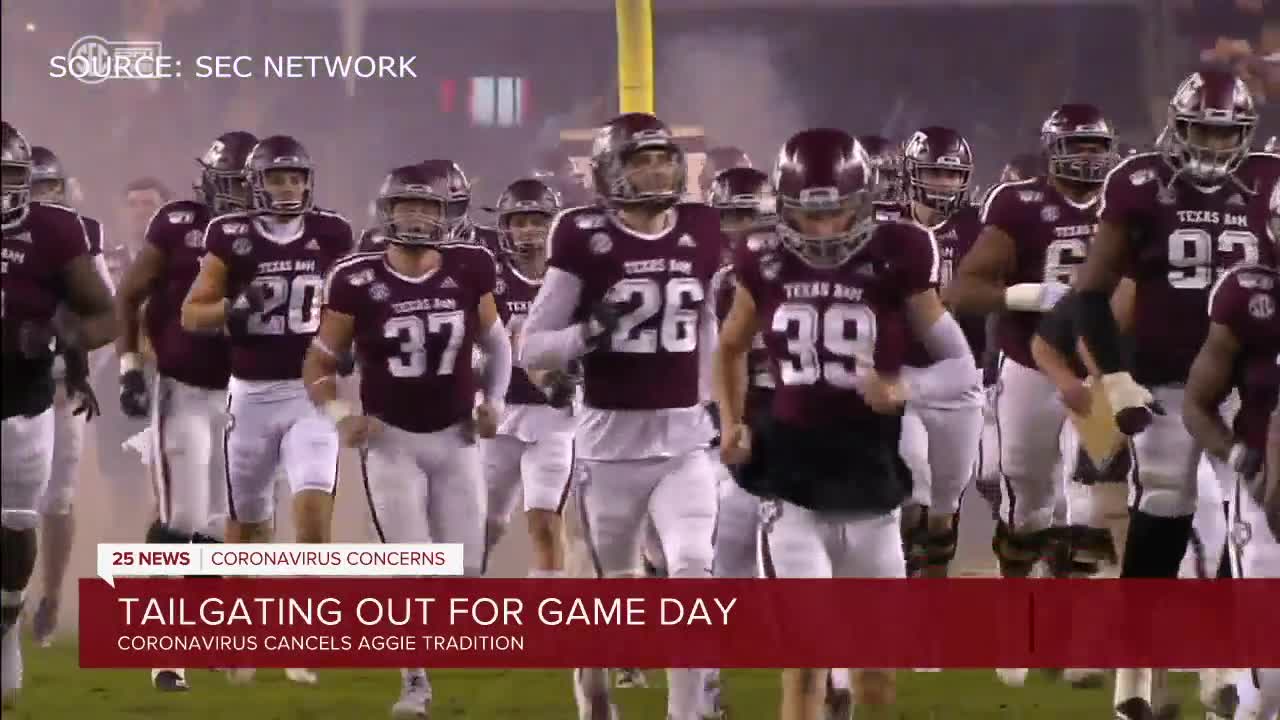 COLLEGE STATION, TX — Football is back!

Texas A&M will go up against Vanderbilt on Saturday, September 26th.

”Here at Carney’s we do a pretty nice little about 2 hours before the game and then about 30 minutes after the game we’ll get a nice little pop and we’ll have a decent crowd during the game,” said Bary Ivins, Owner of Carney's and co founder of the corner bar.

With the concerns surrounding the global pandemic, safety at sporting events around the world went into deep consideration.

”It is like really surprising that we’re actually getting to have a game day, so even though some things are going to be different like it’s just really great that we’re still going to be in Kyle field we’re still there watching our team play,” said Caitin Whiteside, student at Texas A&M.

Although tailgating has been banned for the first home game, this may help local bars and restaurants to see larger crowds.

As store owners prepare for the big day they don’t know what to expect but the hopes are high.

”Light at the end of the tunnel, it’s like things are opening, we’re getting busier, occupancy is up to 75%, like we’re finally getting past this and it’s more of an upbeat talk,” said Ivins.

The SEC has provided schools with much support creating operational guidelines for game days to move forward.

”I’m just excited that we have football back to begin with I think it’s just going to help us feel like we’re back to normal again a little bit,” said Perches.

As the community gears up, they prepare themselves for a new experience surrounding Texas A&M football.

A few other schools who have taken part in canceling their tailgates on campus are Florida, Georgia, Alabama, LSU and a few other big-name schools.

After the first home game, the idea of tailgating will be revisited.