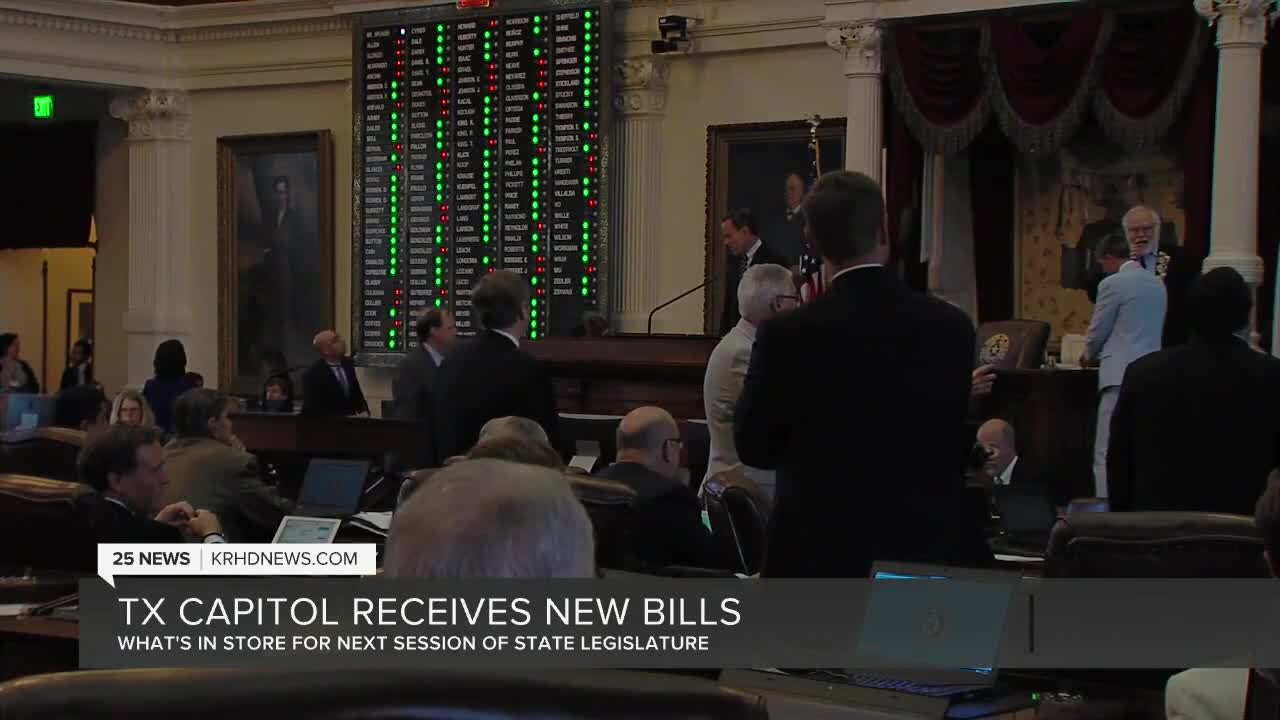 COLLEGE STATION, TEXAS — Election politics will have to briefly take the back seat as the filing of bills in a new Texas legislative session takes precedence.

Monday opened up the beginning of a new legislative session, which is a day where lawmakers could officially file bills to be discussed during the upcoming session.

"It really shows you what their priorities are and what they are choosing to focus on. It's kinda important to see how this is going to play out in the future based on this part right now," Halie Hennessy, a Texas A&M sophomore said.

A political science professor at Texas A&M says this legislative session in particular is going to be a tough one.

"As we move into this particular session, you have a change in leadership in the House, you have redistricting coming up and you have budget deficient because of COVID and the impact on the economy, so this is a tough legislative session," Professor Goidel said.

This bill filling window is an opportunity for lawmakers to address issues and concerns for the new session.

"The reason we go through this is so we can have policy that reflects the concerns and issues of the voters and you hope that happens in the legislative sessions, but it is still a difficult process to move legislation from filing to getting it passed and implemented into law," Goidel added.

The new legislative session will start in January. Some of the topics are expected to be related to the pandemic, redrawing of state political maps, state budgets, as well as controversial topics like abortions and marijuana.

"If they are not meeting again for another 2 years... then they are going have to consider trying to take on the pandemic now and then bounce back from it later and then rebuild after that.. so I don't know if you can expect that kind of foresight, not even looking at it cynically, it's just a lot to expect from legislatures," Bradon Stewart, a TAMU junior said.

Brazos Valley residents say Texans should be engaged with this new session because the general population is ultimately affected by what is decided now.

Professor Goidel says over 500 bills are going to be possibly considered with the end game to ultimately end up on Governor Abbott's desk, but most of them won't make it that far.

"Most of those will die a quick death. They probably wont go far. They will be sent to a committee where they wont move very quickly, but some of that legislation will become law. It's typically a small percentage of the total number of bills that become law," Goidel added.