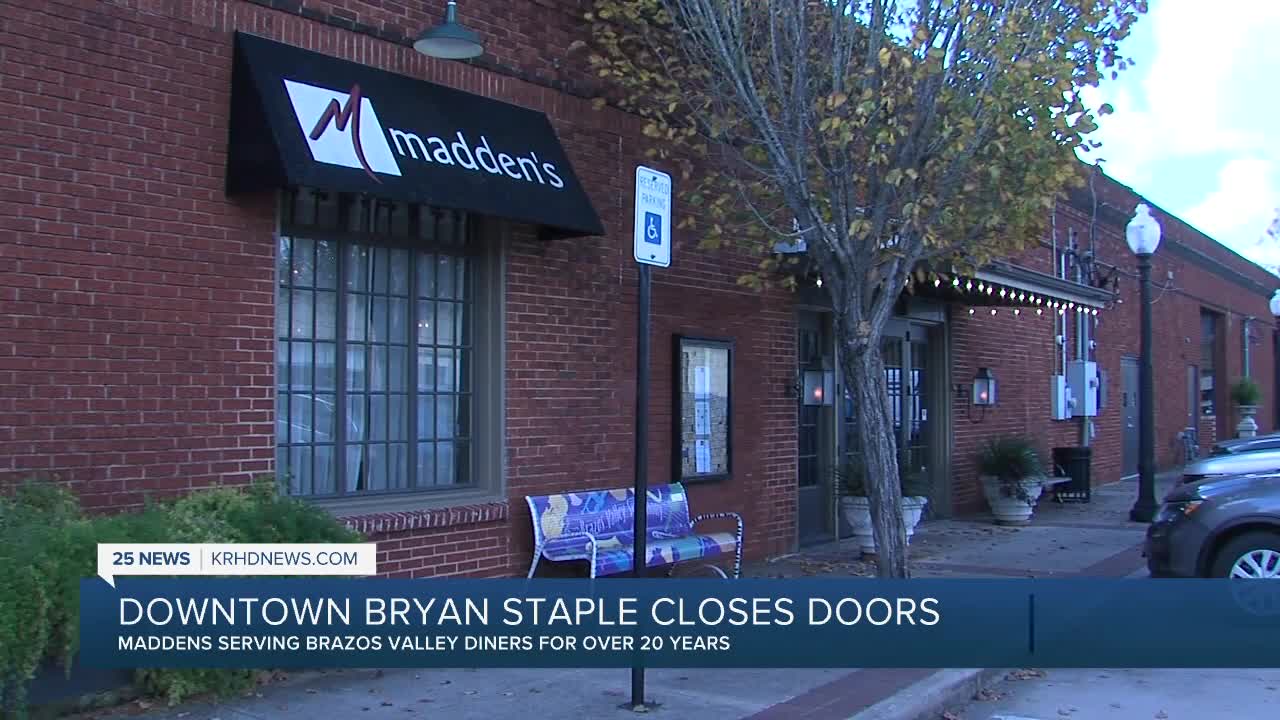 BRYAN, TX — ”It is really sad that you know that the chapter will end but everything even good thing comes to an end,” said Chef Tai Lee of Maddens Casual Gourmet.

For over 20 years, what the community knows as Maddens Casual Gourmet saw many changes from its ownership to the concept of service. But one thing never changed – the mission of showing people why downtown Bryan has so much charm.

”Over the course of the 20 plus years, I think everybody who were involved in old Bryan market and here at Maddens we all worked together with the downtown Bryan to make the traffic count better,” said Lee.

The restaurant was successful in that for a solid 17 years but with the struggles, the pandemic brought a hard hit.

”As people are doing more telecommuting and some of our core clientele who are a little more advanced in their age group are coy about coming in due to the health concerns, which is completely understandable,” said Lee.

The restaurant has seen about a 60% percent reduction in sales and although they have fallen as a victim to the destruction of the pandemic the memories people have made will never fade.

The memories that were made will last a lifetime as the restaurant has created a deep-rooted history within the downtown area standing strong during the revitalization project of the early 2000s.

”Downtown Bryan really kicked off its revitalization effort in the early 2000s the city of Bryan invested a lot of money in the infrastructure of downtown re-did the streetscapes, added some different elements to bring back the historical charm, and really give it a good overall facelift,” said Abigail Noel Destination Bryan public relations and communications manager.

Since the downtown upgrades, the city has seen a dramatic change in attention the area draws from the community. A part of that can be attributed to the tight nit community atmosphere.

”You’re meeting the local business owners when you walk into a restaurant or a shop, you’re seeing the owners themselves either behind the counter or in the kitchen you know working as well and so it’s really amazing to see these business owners come together during this time,” said Noel.

Having those opportunities to connect with those shop owners really brings the community together just like chef Tai works in the kitchen for his restaurant and where you can find him until December 31st.