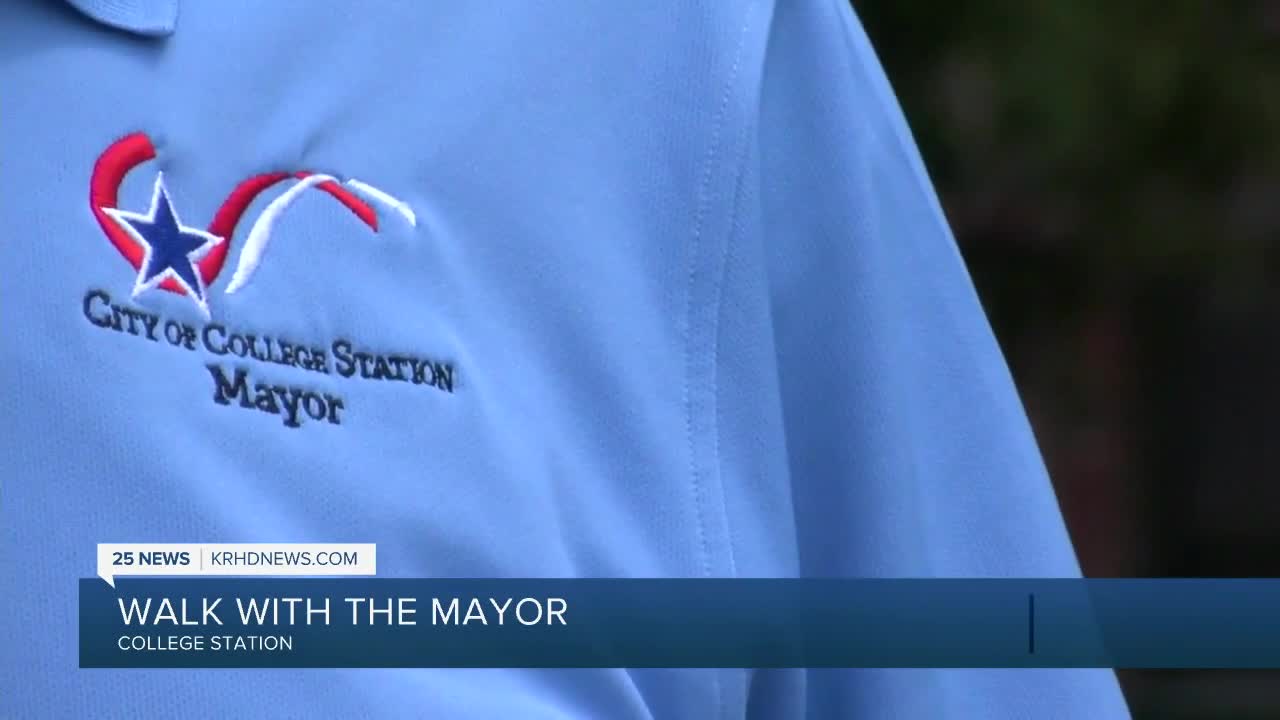 COLLEGE STATION, TX — College Station's Mayor Karl Mooney is on his second tour of the city.

His residents have the chance to meet up with the Mayor during one of his walks around the many different neighborhoods, all while bending the Mayor's ear.

It's an opportunity for citizens to talk with the Mayor directly.

There's no special trips to City Hall needed, just follow the signs and 'Walk with The Mayor.'

"They know the Mayor is in their neighborhood," Mayor Mooney said.

Mayor Mooney says 'Walk with The Mayor' was born from a childhood experience that left a lasting impression.

"When I was in elementary school, I walked by my Mayor's house and when he was there and outside, I would say hello. I still remember his name and he always interacted with me," Mayor Mooney added.

Younger Mayor Mooney had a quick interaction with his Mayor that led to a future promise.

"...If I ever become a Mayor, that's the kind of Mayor I want to be," Mayor Mooney added.

Now, Mayor Mooney is listening, communicating, interacting, walking and talking with his residents and learning about their neighborhoods.

"Here we've got brand new sidewalks. You can tell by the white color they haven't been tarnished by mother nature. The road is a bit chewed up still," Mayor Mooney explained on recent renovations to the Woodcreek neighborhood.

Much of what the Mayor learns from his residents, he was made aware of while on one of his walks, as he listened to those who live in the community he proudly serves.

Mayor Mooney's next stop is scheduled for September 13th in the Southwood Terrace area.