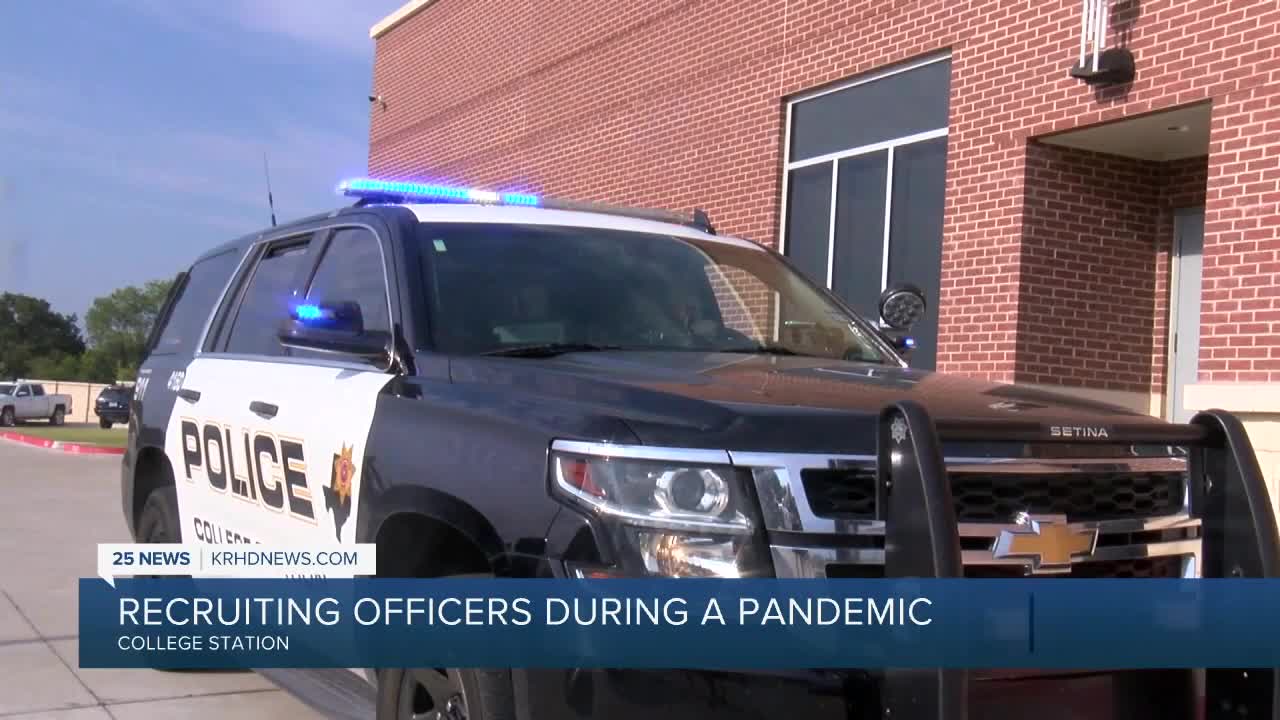 Among the many things impacted by the pandemic, one local police department is having to look for alternative ways to recruit new officers.

COLLEGE STATION, TX — Among the many things impacted by the pandemic, one local police department is having to look for alternative ways to recruit new officers.

The College Station Police Department exists to protect and serve the community with very specific goals in mind. They want to reduce crime, reduce the fear of crime, build and maintain effective partnerships and improve the overall quality of life in the community.

Recruiting coordinator for College Station PD, James Habeeb, says getting the word out has changed a little for the department during the pandemic. His team can't visit the academy during this time and there aren't any career fairs going on, which lead them to look for alternative ways to recruit.

"It's been difficult. We are kind of going old school. We are sending letters. We are reaching out and making phone calls and sending emails and trying to connect with folks on a more personal level," Habeeb explained.

Within the recruiting department, traveling is a big part of the job. However, that aspect is now on hold.

"Usually we travel a lot in terms of recruiting. We go to the police academy, we go to career fairs, we travel everywhere trying to reach out to folks and essentially we haven't been able to do any of that," Habeeb added.

He says College Station is a unique place in terms of location, so getting the word out and meeting folks is important. It can be frustrating not connecting with people like they used to.

"Unfortunately, we did have to cancel our entry-level exam dealing with the pandemic and schools... and getting people together," Habeeb said.

The department has transitioned back to some of their old school ways of recruiting, but they say they've received a good response from the methods.

There are currently 33 people in their certified program, which the department only started two years ago. Habeeb says it is now the largest it's been.

The recruiting coordinator says he can't say for certain if the increase is due to the pandemic or people simply wanting to switch up their career.

"I believe the academy that is going on right now is on track to be finished on time. They've figured out how to get people in different classrooms and spread people out and do a lot of online learning," Habeeb added.

Outside of what the Texas Commission on Law Enforcement requires, recruiters say they always want to find someone who has a servant's heart.