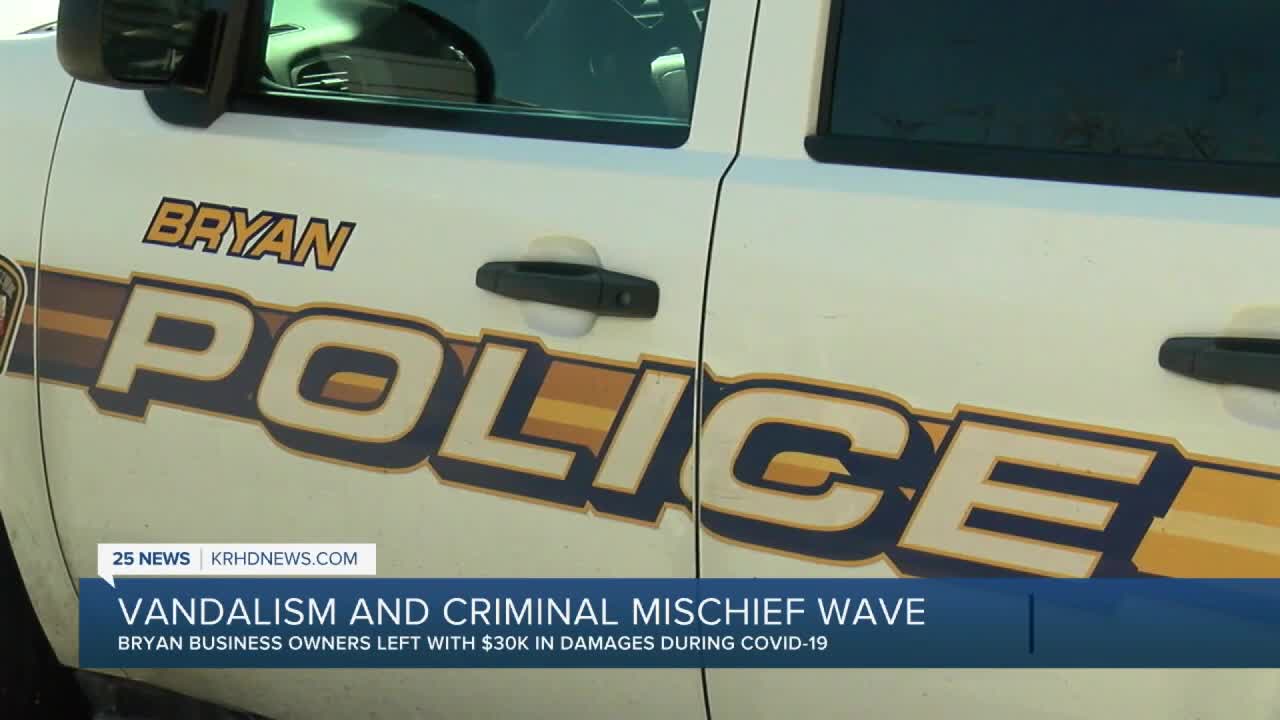 BRYAN, TX — Graffitied walls and over 30,000 in damages are left behind in the downtown Bryan area.

”There’s been kind of similar markings on a lot of buildings downtown, I think we had around 6 reports yesterday,” said Kole Taylor with Bryan Police.

“Regarding these kinds of specific markings so it’s likely it’s the same person committing all these,” said Taylor.

Someone who may be new to the area can leave with an unsettling feeling when seeing the graffiti.

”Somebody that may not know of downtown Bryan or anywhere for that matter if they see.. If they go to shop somewhere or to go eat and they see graffiti on the walls it can kind of give an unsettling feeling,” said Taylor.

Thankfully some residents do not feel unsafe, but would prefer to see this squashed before it gets too out of hand.

”It doesn’t make me feel unsafe as much as if we.... If vandalism keeps happening...they could lead to some other things because the people involved could have been like well then if we can get away with this maybe they’ll do something else,” said Rodolfo Arias, resident of the Brazos Valley.

Residents like Jessica Green urge the community to think twice of the business owners who have already gone through too much as they still recover from the effects of COVID.

”Small business owners I’m sure could have concerns because that’s their livelihood and I think it’s important that people realize that you know it’s like someone's family's business,” said Jessica Green, a resident of the Brazos Valley.

Thankfully, the police department is located very close to the downtown area which increases the police presence to ensure vandalism does not get out of control.