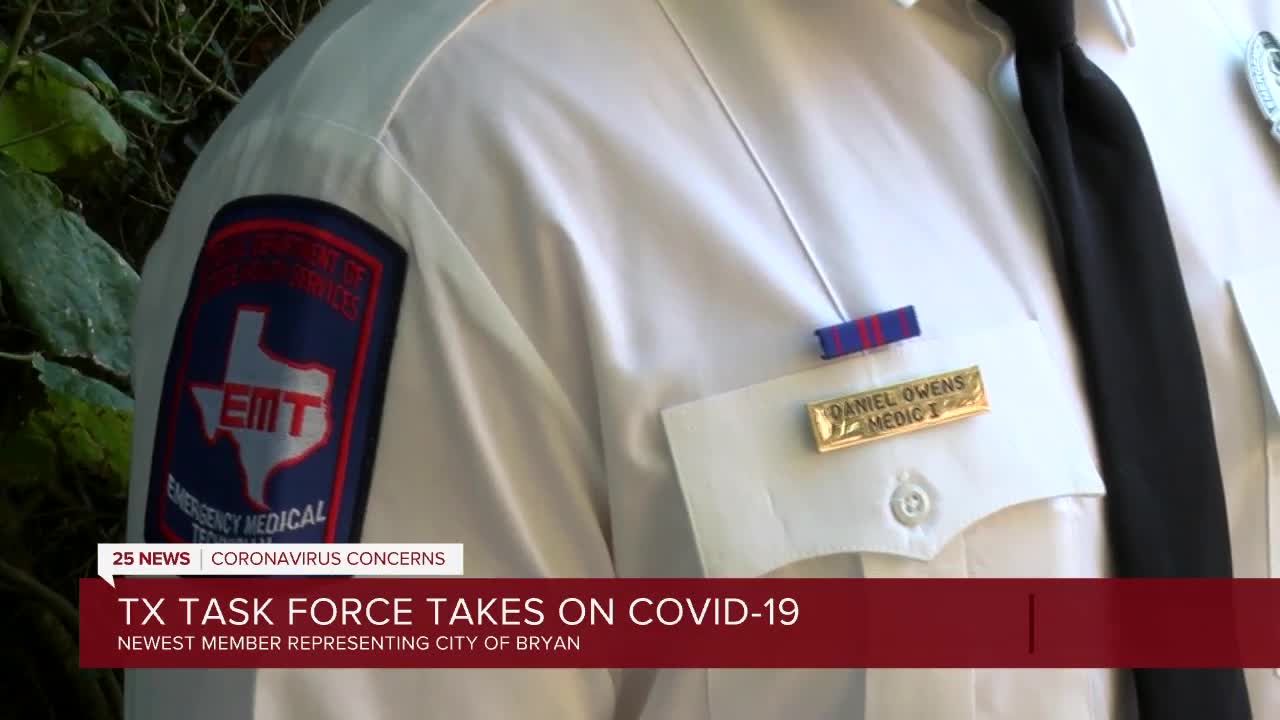 BRYAN, TX — Daniel Owens, a resident of Bryan, is one of eleven new members who will be joining the Task Force on Infectious Disease Preparedness and Response.

”We’re just 11 members who are being added to a bigger whole. People who've already been serving on this task force for quite awhile and so right now we are the new people who are serving at the pleasure of the governor,” said Owens, a medic for Travis County EMS.

The members that make up this group hold a variety of leadership and executive positions to speak on behalf of their city.

”They created it to make sure there was a task force of people from multiple disciplines in order to make sure we have the best kind of response and preparedness plan in Texas,” said Owens.

Developing himself in the field of medicine in Bryan will give Owens the opportunity to speak to situations he has seen before.

”My role on the task force is mainly to translate the EMS experience from this area into language for policy makers and decision makers,” Owens explained.

Citizens like Audrie are happy to see her small town gain the representation her people need.

”It’s a smaller community, and so to have the representation is definitely always wanted. I think we offer a really good perspective,” she said.

Owens is proud of the EMS culture the city of Bryan has to offer and is humbled by the opportunity to represent a town he considers a hidden treasure.

”It’s actually a huge honor to be able to take that experience and to take those resources and be able to translate some of those experiences to the policy level with also working for the largest third service EMS system in the state,” said Owens.

Now 44 members on the task force team will take part in advising the governor during critical health and safety situations of the state.

The task force was formed in 2014 and was so useful that it became a permanent service to advise the governor of Texas. It was made a permanent fixture on June 19, 2015.

The team is made up of experts and state officials to provide reliable and transparent information. Now Bryan has one of its own speaking on the Brazos Valley's behalf