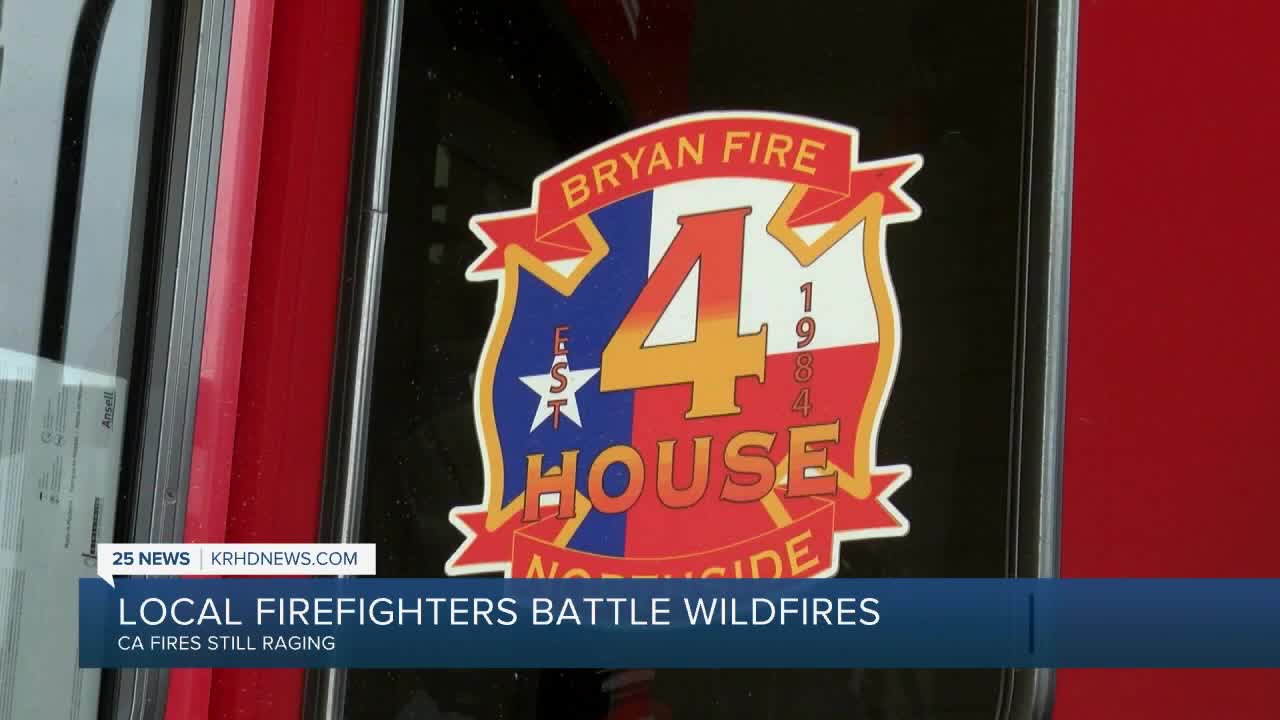 BRYAN, TX — The pyrotechnic smoke device that was intended to produce smoke to reveal the gender of a new born sparked the El Dorado fire on September 5.

”We were briefed. We were called and briefed about the fire in California that they might need our assistance through the TIFMAS (Texas Intrastate Fire Mutual Aid System) program that is through the state of Texas,” said Lt. Todd Mack of Bryan Fire.

The spread of the fire began from Yucaipa’s El Dorado Ranch moving north of the park.

”We came straight into the fire and worked for 24 hours. There was fire on our division and what we did was we did firing operations, where you burn out the unburnt fuel,” explained Lt. Mack.

One of the biggest wildfire seasons California has seen has many evacuations, forest and road closures.

”Wild land area you definitely have steep terrains, huge gusts of winds and a lot more fire in a bigger area. It could overcome you pretty very quickly,” said Lt. Mack.

Bryan FD has deployed four firefighters out to assist in ending the fires affecting most of the West Coast.

”Very proud of them that they can go across state lines in a situation like this and provide very much needed assistance for those residents in California,” said Fire Chief Randy McGregor.

These front line workers are working hard and putting their lives at risk to save others.

”When we were in California, we had numerous people come up to us and thank us for coming to help, and especially from Texas they thought that was a pretty far trip to travel to help,” said Lt. Mack.

As the fires continue, our frontline workers will not rest. Lt. Mack is set to return to California next week.

In a statement released on Instagram, CalFire said the public must be cautious with dry conditions and critical fire weather, as this can cause easily cause wildfire.