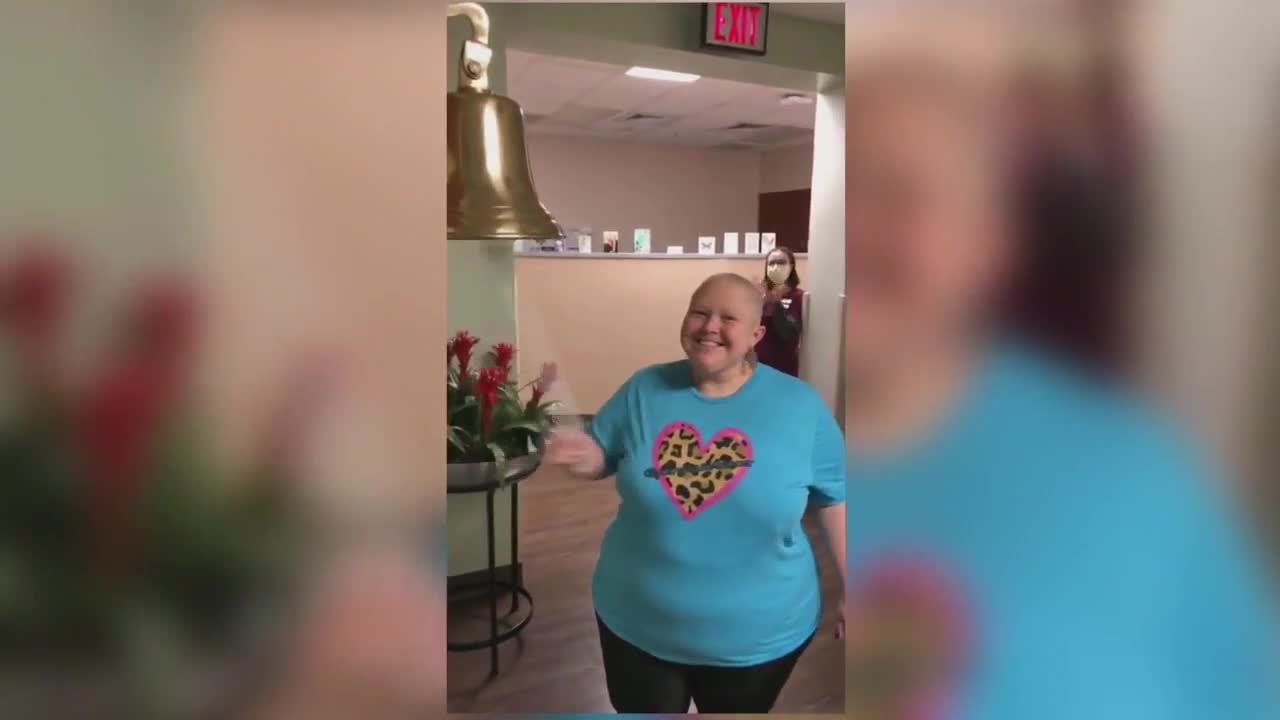 Kristin Jakubik, a young mother of three from Snook, Texas, says her life stopped for a moment as she let her doctor's breast cancer diagnosis sink in.

BRYAN, TX — Kristin Jakubik, a young mother of three from Snook, Texas, says her life stopped for a moment as she let her doctor's breast cancer diagnosis sink in.

“I had gotten out of the bathtub one evening and was just kind of looking in the mirror and noticed a spot under my right breast, a dimple the size of a pea, and I knew it wasn’t there before,” said Jakubik. “So, I went to my primary care doctor, and she kind of sent me on the path to have a mammogram, which turned into an ultrasound, which turned into a biopsy. At that point, I think I kind of knew what the answer was going to be regarding the cancer."

Following her diagnosis, Jakubik and her team of doctors decided to do a lumpectomy to remove the cancer from her breast and lymph nodes, followed by an aggressive treatment plan.

“I’ve gotten through the bulk of it, I guess you can say. I had the surgery, five months of chemo, and then 30 days of radiation,” she said.

Dr. Jamie Pawlowski, Jakubik's radiation oncologist, says with so many options for breast cancer treatments, it's important to have a customized approach for each individual case.

“In general, the options include surgery, and there’s a lot of different types of surgery, and there’s surgery not only to the breast but surgery to the lymphnodes that surround the breast,” explained Dr. Pawlowski. “There’s chemotherapy, there’s radiation, there’s endocrine therapy and then there are some targeted therapies as well depending, of course, very much on the individual diagnosis.”

With five months of chemotherapy and a month of daily radiation, Jakubik's experience with chemo and radiation was very different. Dr. Pawlowski says the side effects of treatment vary widely from person to person.

“The radiation piece was actually more painful than the chemo piece. Chemo you just don't feel good, but the radiation hurts,” said Jakubik.

“From radiation, for example, one of the common side effects in the short-term is skin redness but in the long-term, it just depends where that radiation goes and what I'm treating, and same with chemotherapy. There is not a one size fits all approach,” said Dr. Pawlowski.

While many might find a cancer diagnosis during a global pandemic scary, Jakubik found a blessing because it allowed her body time to rest and stay strong for treatment.

“I know the pandemic has been terrible for a lot of people but for me, it has been an opportunity to kind of slowdown, be with my family more and have that opportunity to rest without having to run to baseball practice or all these different things,” she said.

Since ending her treatments, Jakubik reminds women to do their self-breast exams and routine check-ups.

“If I am being honest, I never did breast exams. I never did them in the bathroom, but I sure will now, and so when you go to your yearly checkup with your doctor and they give you those cards to hang on the shower, it is not just a cute pink card to hang up there. It's important and it can save your life,” she said.

Jakubik continues to heal as she walks through her next chapter of life leaving cancer behind.