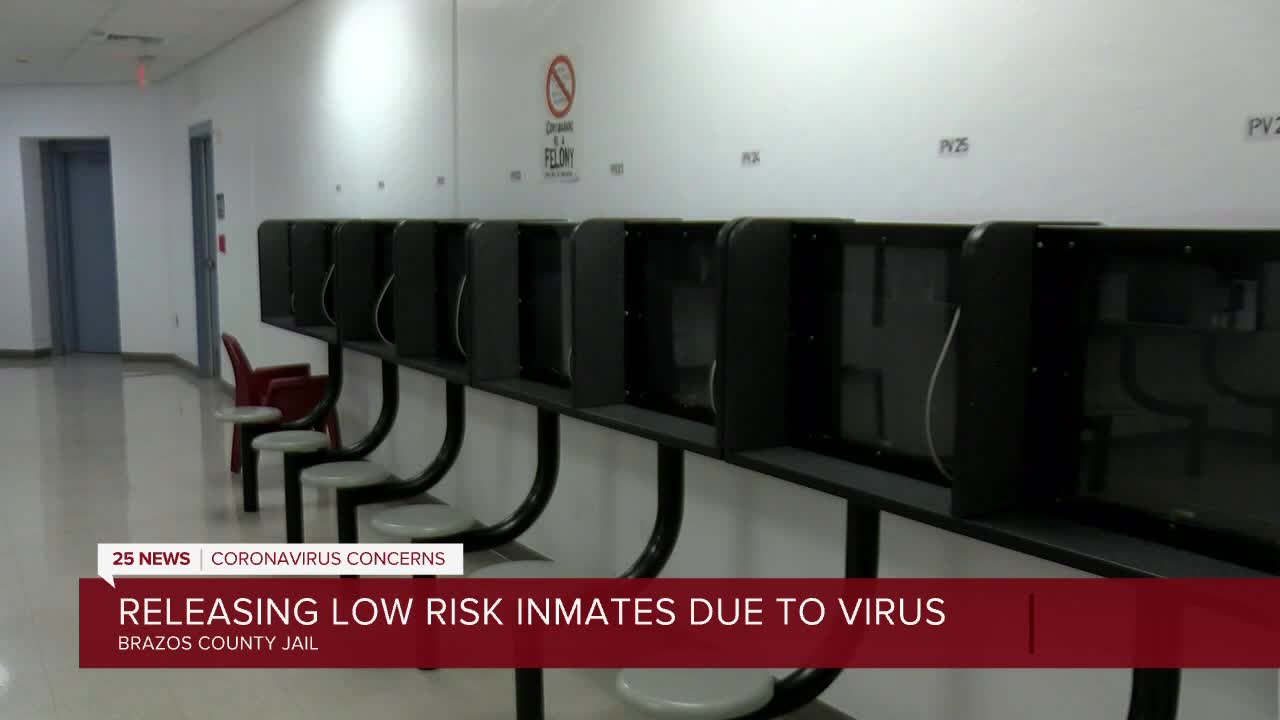 The Brazos County Jail is seeing a spike of coronavirus cases with 15 inmates and 10 staff members testing positive.

Within the last week, the Brazos County Jail administrators have been asking the district attorney to look at reducing bonds for non-violent offenses in an effort to reduce the jail population due to COVID-19.

Since the start of the coronavirus pandemic, the Brazos County Jail has been working to control the spread of the virus among the jail population by limiting the number of people in the jail.

“Since the very beginning of the pandemic we’ve been working with the prosecutor's offices and local law enforcement to try and control the jail population,” said Wayne Dicky, Jail Administrator for the Brazos County Jail.

Now that the virus is inside the jail, Dicky has reached out to the district attorney's office to see if more inmates can be released.

“Once we got that first positive case in the jail, that moved us up to the next level in our plan, and that’s when we reached out to the DA, asked them to start looking at the possibility of releasing additional non-violent offenders,” said Dicky.

This week the DA’s office compiled a list of non-violent, low-risk offenders that they would be willing to reduce their bond.

“We made sure that we weren’t letting out people who were violent offenders or other people who had other holds,” said Brazos County District Attorney Jarvis Parsons.

In order for a non-violent offender to be released, a judge is then required to sign off on the reduced bond motion set by the state.

“Then the judge has to look at that and determine yes I will agree with the State or no I will not. So, that is ultimately on the judge who initially set the bond,” said Parsons.

Prior to being released, the jail is not testing for the virus unless an inmate has been exposed. However, they are giving inmates notices stating there were positive cases inside the jail and to seek medical care if they develop symptoms.

“When offenders are released from the facility, if they have not been exposed or had not been in quarantine, then they are released like anyone else. But we are giving them the notice to let them know that we have COVID cases in the facility,” said Dicky.

As of today, 33 inmates have been released from the county jail in response to their request to the district attorney.

Dicky says the jail does have room available to isolate inmates who test positive for COVID-19 as the work to get the outbreak under control.