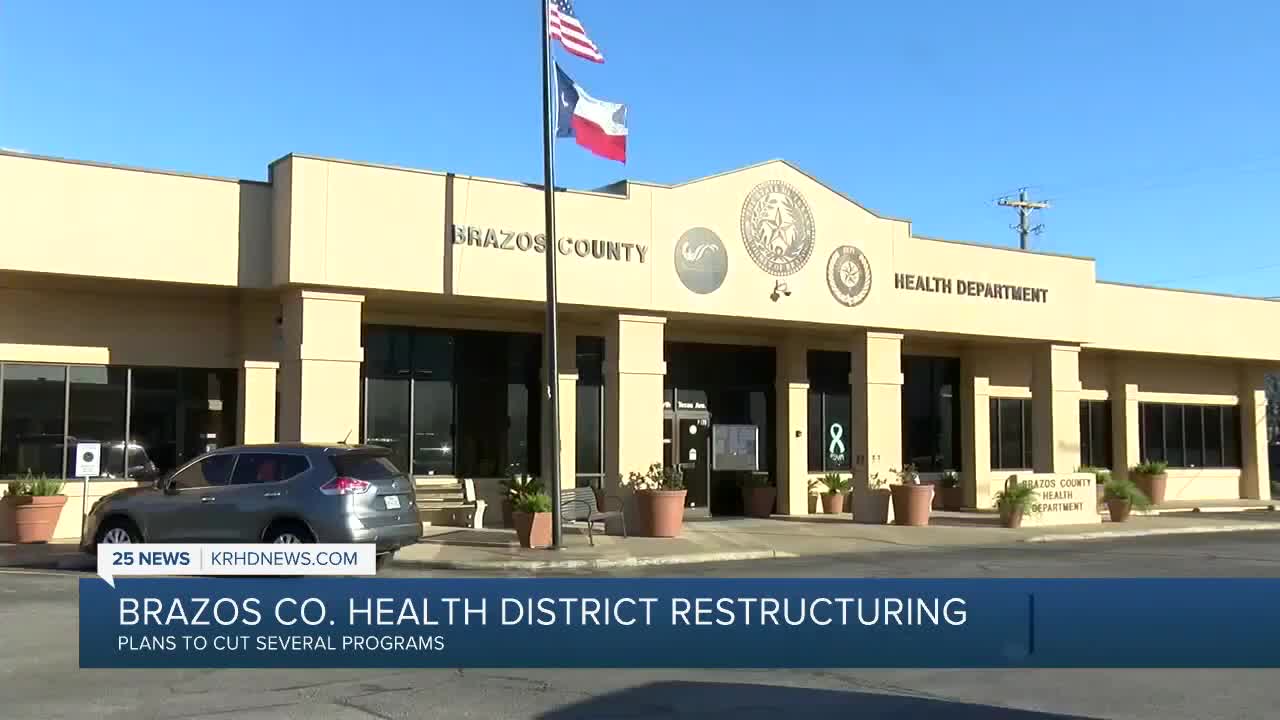 Big changes have made their way to the Brazos County Health District ahead of the next fiscal year as officials prepare to work with a smaller budget.

The health district announced restructuring efforts Friday that include cuts to programs such as the health promotions division, water testing services and three others.

“We really don’t know the full effects of losing five staff until we get further down the road in the beginning. We’ll start a new fiscal year in October but we needed to make these adjustments earlier than October so we can make sure we balance the budget,” said Director Santos Navarrette.

Navarrette says the cuts were not easy decisions for the board to make.

“We looked at what was the operational effect for the health district. Would eliminating the position also eliminate revenue?” he said.

The health district says the county was able to provide money from the CARES Act to the five employees who were let go.

“Our goal was to able to bridge that for those five employees, and they would lose their full-time permit status but be temporary employees that were full-time and provide a bridge for them until they found other jobs,” said Navarrette.

For the past several years, the health district has been dealing with a deficit. Though the the budget has not yet been finalized, officials are looking at $3,070,000 for the next fiscal year, a slight decrease from this year's budget of $3.3 million.

“A little over $3 million is what we operate with, not to include the inclined support,” said Navarrette.

The health district says COVID-19 exhausted the reserve fund, which they look to rebuild starting this upcoming fiscal year.

The next fiscal year starts October 1 as health officials look ahead to 2021.