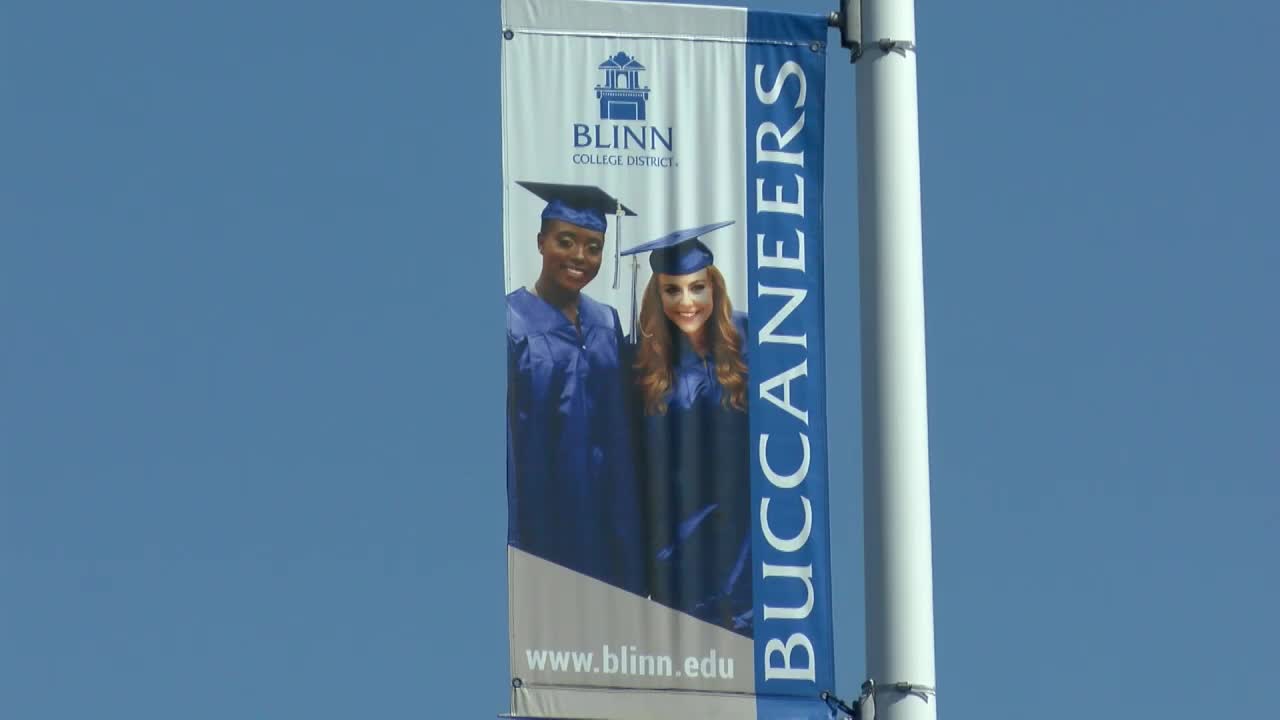 ”It’s definitely an accomplishment for a school that I think started in some left-over office space,” said Erin Hill, English instructor in the Humanities Division.

From humble beginnings in Brazos County, Blinn College has grown and become an innovator in education that has been serving the area for five decades.

”I do think that Blinn, and particularly Blinn here in Bryan, has a uniquely strong relationship with the community,” said Hill.

Besides offering low tuition and fees, Blinn has been working to build strong relationship with Texas A&M through various programs that have contributed to the junior college’s growth.

”Over the past years, the past 50 years and more recently, they’ve developed all kinds of partnerships with A&M,” said Hill.

Students like Michael Modisette believe taking opportunities offered at Blinn are a stepping stone. He wants others to know it’s the best opportunity for them too.

Looking at the glass half full and celebrating this accomplishment is a nice distraction from other things going on and taking a moment to celebrate the good.

”It’s a milestone for, especially this time, I think it’s something to celebrate right now especially because corona. There’s not a whole lot to celebrate,” said Modisette.

Thinking of the all the possibilities for the future, students and professors are excited to see what Blinn College will be like in the future.

“I think this campus just has only room to grow,” said Modisette.

”How much it has changed and grown in the past 50 years, it’s exciting to think about what it will be like 50 years from now,” said Hill.

With Blinn College already operating one of the largest public junior and community colleges in the state, their next 50 years are sure to be bright.

Blinn College in Brenham is also celebrating with the Bryan campus by honoring their 50 years of service with five different live theatrical performances all set in the 1960s.

For those interested in attending Texas A&M, Blinn offers a team program allowing students to co-enroll in courses. After completing the program, students will become full-time TAMU students.