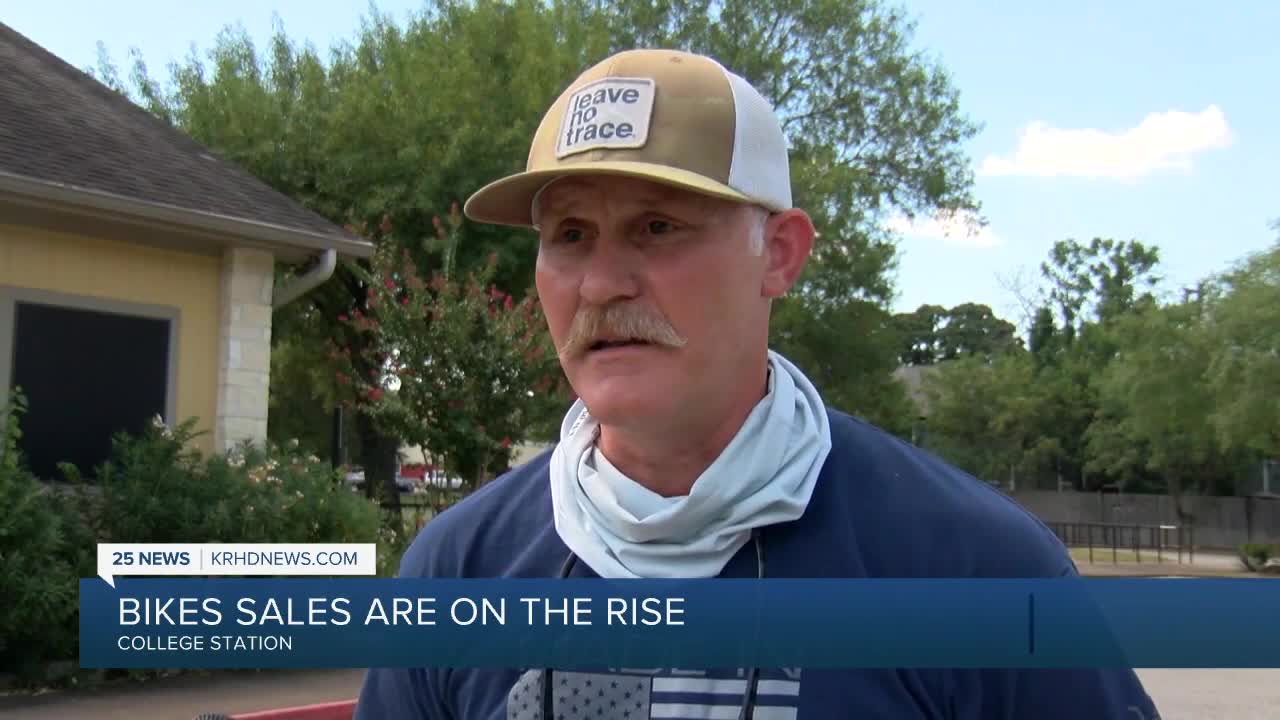 COLLEGE STATION, TX — Ever since the global pandemic began, people have had to cope with changes to their lifestyles.

For many exercise enthusiasts, going to public gyms was soon prohibited, and millions of people had to find alternative ways to exercise that were safe and could offer social distancing.

That's when bicycling became the new rage, even in the Brazos Valley.

When stay at home orders were being put in place, and gyms were temporarily closed, people still wanted to exercise outside, so they turned to cycling.

If you already owned a bike, you were a lucky one. If you wanted to purchase one, they were in short supply.

"Sales are real good, when we have bikes to sale," Aggieland Cycling shop owner Rod Wagner said about the influx in sales.

With more people working from home and having to stay indoors longer, activities like cycling all of a sudden became popular because cycling was a safe outlet and provided a change of pace.

"It's also a lot more fun than walking... to me," Bike Enthusiast Todd Mack said.

Todd Mack brought in his bike for a small repair and saw firsthand the challenges of COVID-19 and what the pandemic has done to the bike part supply.

"Bikes are being sold at all the stores in town and all the racks are almost empty. A lot of people are getting out more and exercising for something to do," Todd Mack added.

Rod Wagner says while biking, you can social distance fairly easy. He's seen an increase of riders of all ages.

"Families are getting back into cycling, which is neat and good to see and we hope it continue," Rod Wagner said.

At Aggieland Cycling, Wagner added that bike sales aren't the only thing booming; the love for the sport is also being re-discovered.

"A lot of people are pulling their bikes out of their garage or barn for the first time in years," Wagner said

Wagner believes the demand for bikes is at an all time high.

"All the bikes we are seeing now were ordered last year," Wagner said.

Wagner believes the recent bike boom is wonderful and he's enjoying the ride.

He hopes that business will still be booming past the pandemic and people will continue to find this love for cycling.