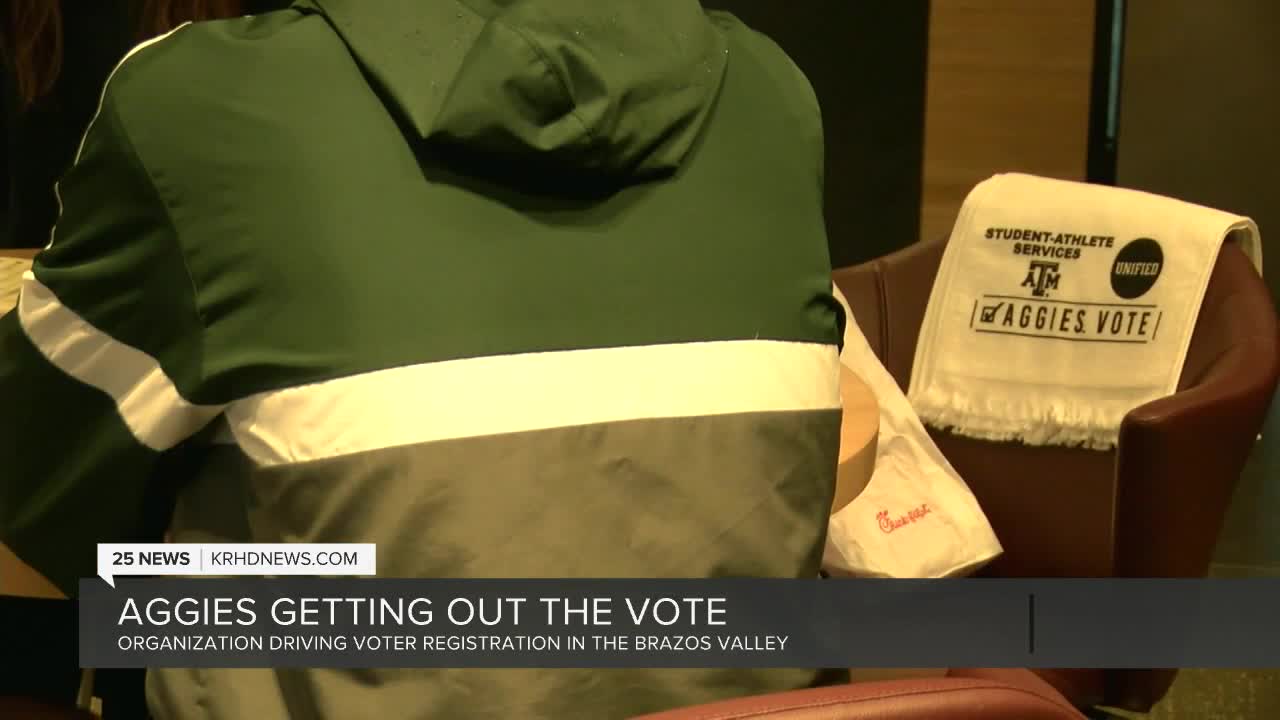 COLLEGE STATION, TX — ”A lot of people feel like their voice doesn’t matter, but it will matter when you vote,” said Sofia Lozano.

She founded the Aggies vote organization two years after noticing many students were misguided on the process of registration.

Her organization conducted a voter registration drive with the help of Aggie student-athletes to reach a larger medium.

”Gear our efforts toward freshman and transfer students because they are freshly 18 or moving counties,” said Lozano.

Lozano says she was inspired by the size of her demographic and the possibilities they have to implement change.

”I think it’s so important to vote and register to vote in general because statistically, young people do not register and they do not vote,” she said.

Although new voter registration is down, Trudy Hancock, the elections administrator for Brazos County, has seen a slow incline for registrations as a whole.

”We haven't seen a decline in our voting population. We are continuing to rise but just not at that pace that we expected at this point,” she said.

Officials say the decline in numbers can be attributed to the difficulties and closures caused by the pandemic.

”Social media including also, just pretty much letting my teammates know that we are the next generation so our voice matters,” said Patrick Johnson, a track and field student-athlete. Now, he is also a certified volunteer deputy registrars.

The last day to register to vote is October 5. The Aggies Vote organization can be found on Instagram and Twitter at @aggies_vote for insight on where their next registration drive will be.