Aggieland prepares for home-opener against Vanderbilt 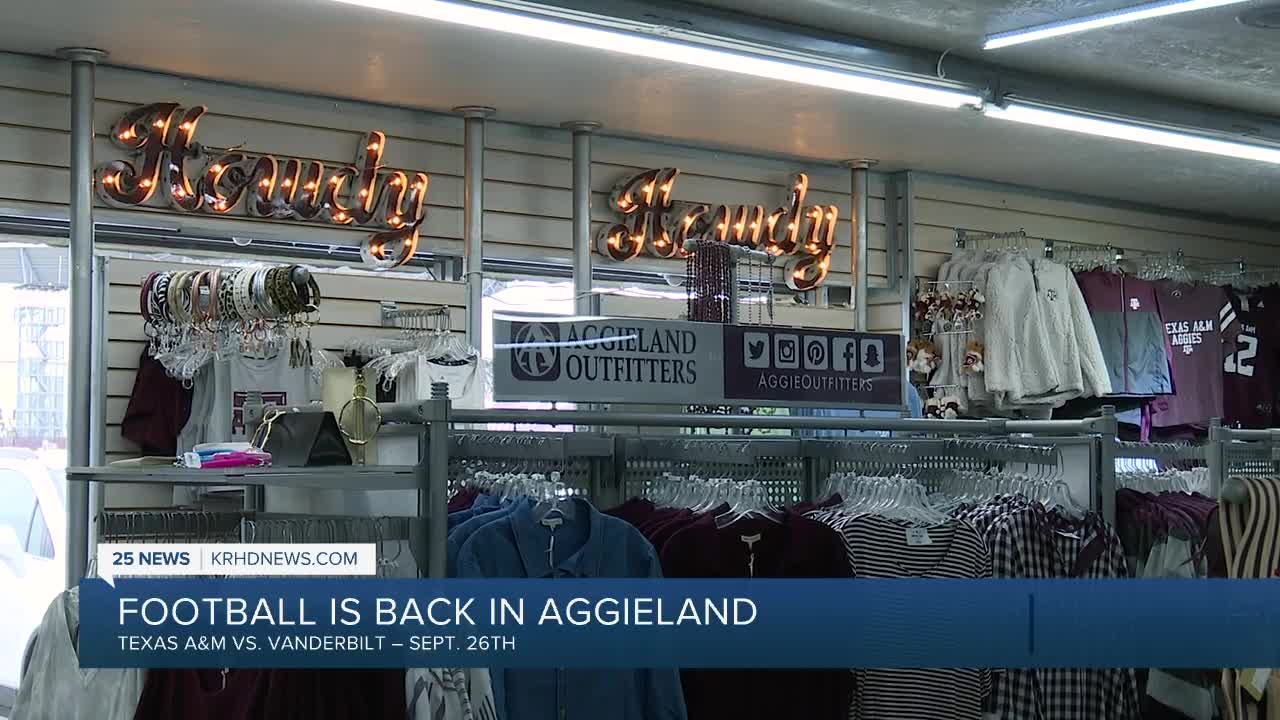 College football is officially back in Aggieland as 10th ranked Texas A&amp;M prepares to take on Vanderbilt Saturday.

“I’m extremely excited. I’m happy that we at least get to go to the games in person, not have to watch them at home,” said Texas A&M senior Brandon Price.

On Monday, seniors lined up to get their tickets for the home opener. With the stadium only allowing 25% capacity, Shaye Smith, a junior at A&M, is just happy she is able to take part in football games this season.

“Given that I had already gotten a sports pass when they first released them, I wasn’t too concerned because they said, "If you had already gotten a sports pass, then you are guaranteed to keep your tickets," but definitely until they said that I was kind of like, "Am I going to get to go or not?" because you hate to miss out on a school tradition like that especially as a student,” she said.

With a lot of changes to the game day experience in College Station because of COVID-19, Aggieland Outfitters, the go-to shop for all things Texas A&M, says they are ready to welcome back Aggies.

“They come in from Dallas, Houston, San Antonio, sometimes Austin, we’ve had people out of state come in and this is going to be the first place that they stop when they come back into College Station,” said Cole Geist, Aggieland Outfitters on George Bush Drive store director.

Aggieland Outfitters says they have been preparing all summer for football season with new gear for fans, including plenty of Texas A&M face masks, an essential piece of the 2020 wardrobe.

“If every single Aggie that was going to the game came into our stores, we would have enough face masks for every single one of them,” said Geist.

With all of the changes to the Aggie game day experience, students say what they’ll miss most is the spirit of the 12th Man.

“The whole support of the 12th Man, just having everybody all packed tightly,” said Price.

“Just being supportive of our team and each other and it’s not just about football at that point. It’s about coming together as a student body and being able to get excited about something more than anything,” said Smith.

Kick-off is set for 6:30 Saturday night and will be aired on SEC Network Alternate channel for all fans that will not be able to attend the game.