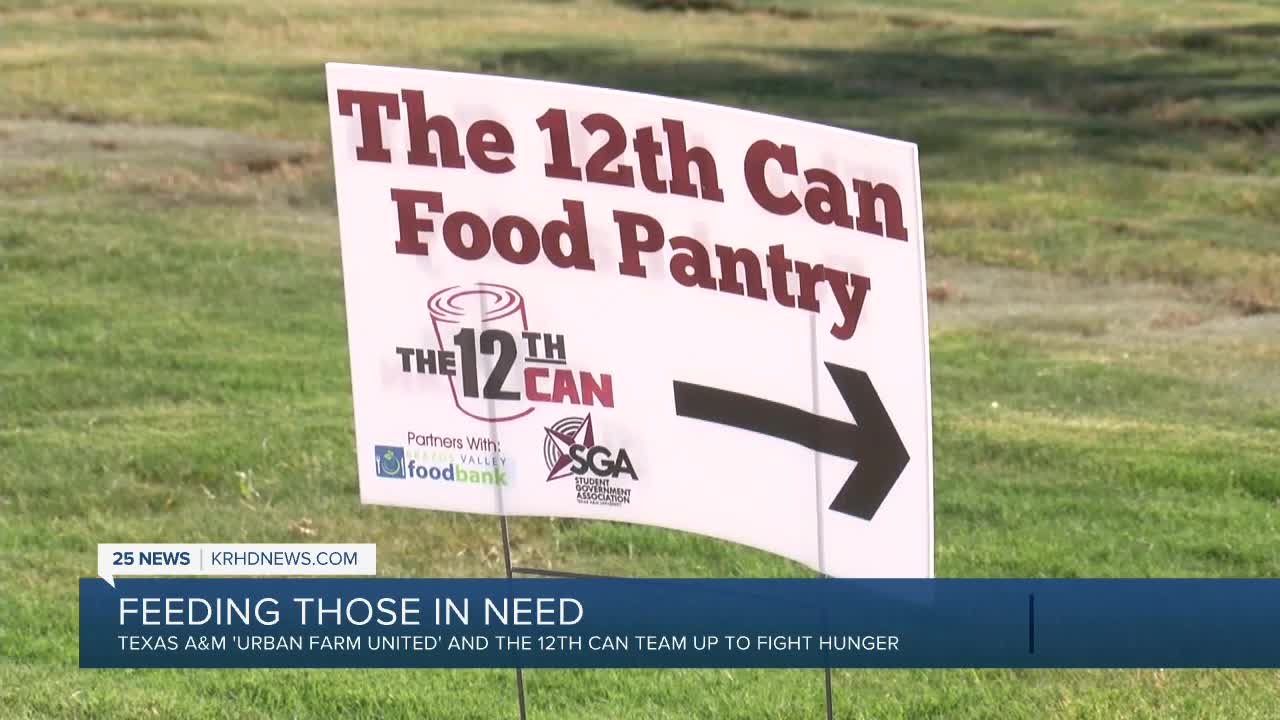 COLLEGE STATION, TEXAS — The pandemic has forced many of us to conserve much of what we have, including food.

Two Aggie organizations on campus are teaming up to fight food insecurity in a very unique way.

Leaders with both Texas A&M Urban Farm United, as well as the 12th Can, say during the pandemic, hunger didn't go away.

In fact, it increased.

The idea is simple: bring food closer to home.

"Texas A&M is all about serving others, so we took this opportunity to say we can grow food at a much higher yield. We save 90% water and 90% land and at the same time we can donate the food that we grow to help the people who are in need on campus," Lisette Templin, Director of TUFU said.

Templin says their motto is to grow and to serve, and partnering up with another Aggie group whose mission is similar is powerful.

"I feel the pain and the hurt of others because my family has been there. We are immigrants from Vietnam and we completely understand what that feeling is like. To feel the hurt for others and to have a solution is what is so phenomenal," Templin added.

"We get cucumbers, tomatoes, spinach...all types of lettuce for our clients and they absolutely love it. Part of being food insecure is not only not having access to food, but not having access to nutritious food, so this fresh produce partnership has really allowed us to be sure our Aggies are being fed with nutritious items," Kelly Villarreal, Director of the 12th Can said.

Villarreal is amazed at what the partnership from TUFU and the 12th Can is providing to those in need.

"Food insecurity is not really something that many of us think about in college and I think if things maybe would have turned out differently, I may have been needing these things myself, so giving back to the community and making sure everyone has a nutritious meal," Villarreal added.

Villarreal says they serve nearly 130 families every opening, which is twice a month.

"I think that while the pandemic is terribly unfortunate, it has set us up in a way to show people that you can grow your own food and it can be clean and you don't have to worry about other people touching it," Stephon Warren, TUFU's Director of Operations and Junior at TAMU said.

"I cant even describe what it feels like to be able to be a part of that, a part of a solution," Templin added.

The 12th Can was established in 2013 and serves all current students, staff and faculty in need of food assistance.