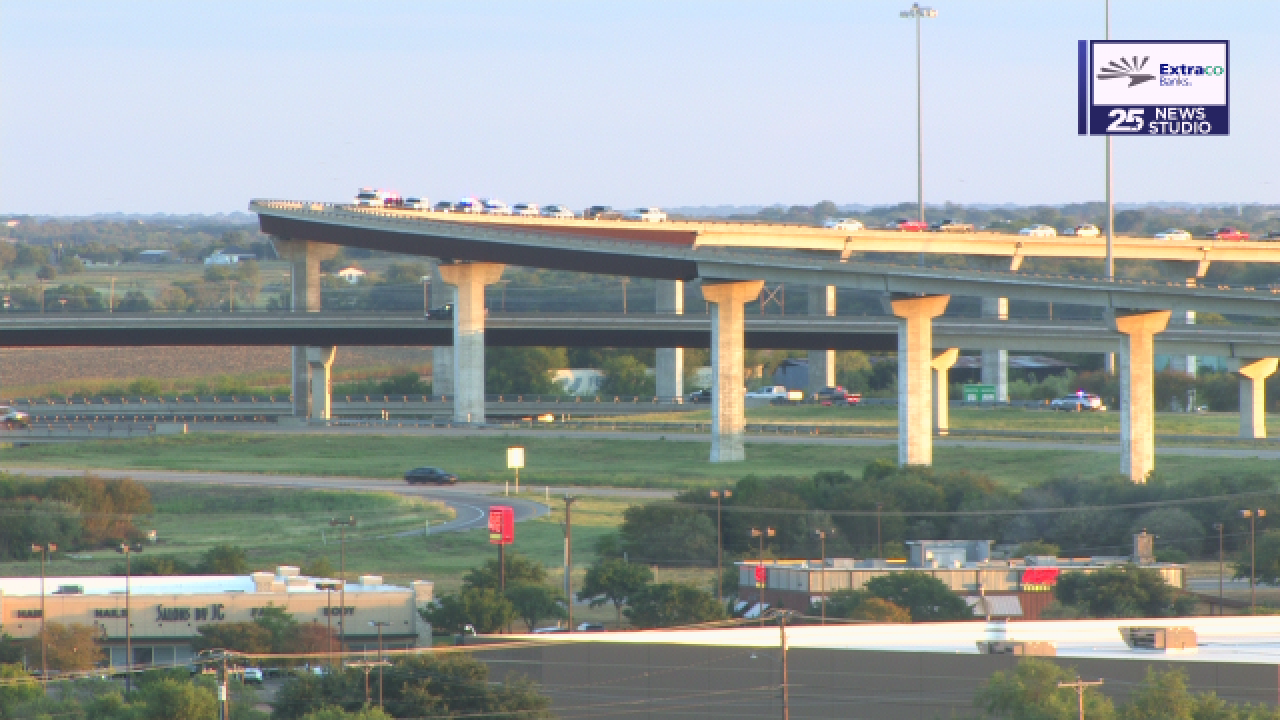 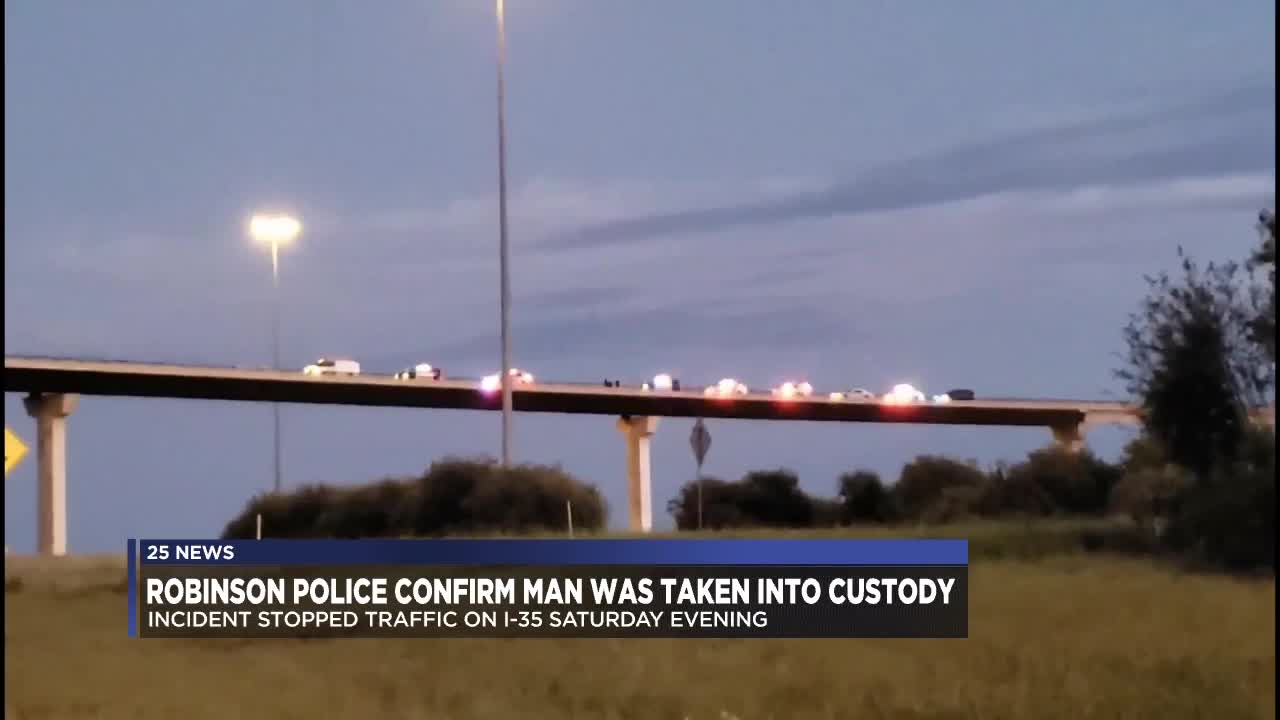 ROBINSON, TX — Robinson Police say a routine check on a disabled vehicle, led to Saturday night's standoff that shut down Interstate 35 and part of the 4-level interchange in South Waco.

As the Baylor Bears went into overtime in their homecoming game against Texas Tech, Waco police reported traffic stopped on Interstate 35 in both directions at Highway 6.

Officers say as they approached the disabled vehicle at the very top of the high-rise interchange just after 5:30 Saturday night, a 49-year-old Waco man,got out of the car and eventually decided to walk to the edge of the road and straddle the guardrail more than four stories up.

The officer realized the man needed specialized help, and called for support.

Waco police advised anyone at the Baylor homecoming game, to avoid Interstate 35 and find an alternate route through Waco until further notice.

At the time, Sgt. Patrick Swanton of the Waco Police Department told 25 News, the traffic stoppage involved a man at the top of the 4-level interchange of I-36 and Highway 6. Robinson Police had charge of the scene, and sent a negotiator to the scene. Swanton says police stopped traffic as a safety precaution. Comments on social media at the time, referred to a person apparently attempting suicide, but Sgt. Swanton said he could not confirm that aspect of the ongoing story.

As of 7 P.M. multiple emergency vehicles had converged at the top of the 4-level where the person causing the problem was located.

Negotiators from both Robinson and Waco Police Departments talked with the man, and over time, the officers finally talked the man off the guard rail, to safety.

Sometime around 7:15 P.M., police tell us, Robinson officers took the man posing the threat, into custody. Officers took the unidentified man to Providence Hospital for evaluation, where we have no word on his condition.

During the more than 90 minutes of the standoff, officers from Texas DPS, Hewitt, Waco and the McLennan County Sheriff's Office diverted traffic from the interstate at Sun Valley and New Roads.

With that, police re-opened the I-35 north and southbound lanes at the bottom of the 4-level, but due to the shutdown, traffic had backed up in each direction, for miles.

It took at least an hour for traffic to return to normal.