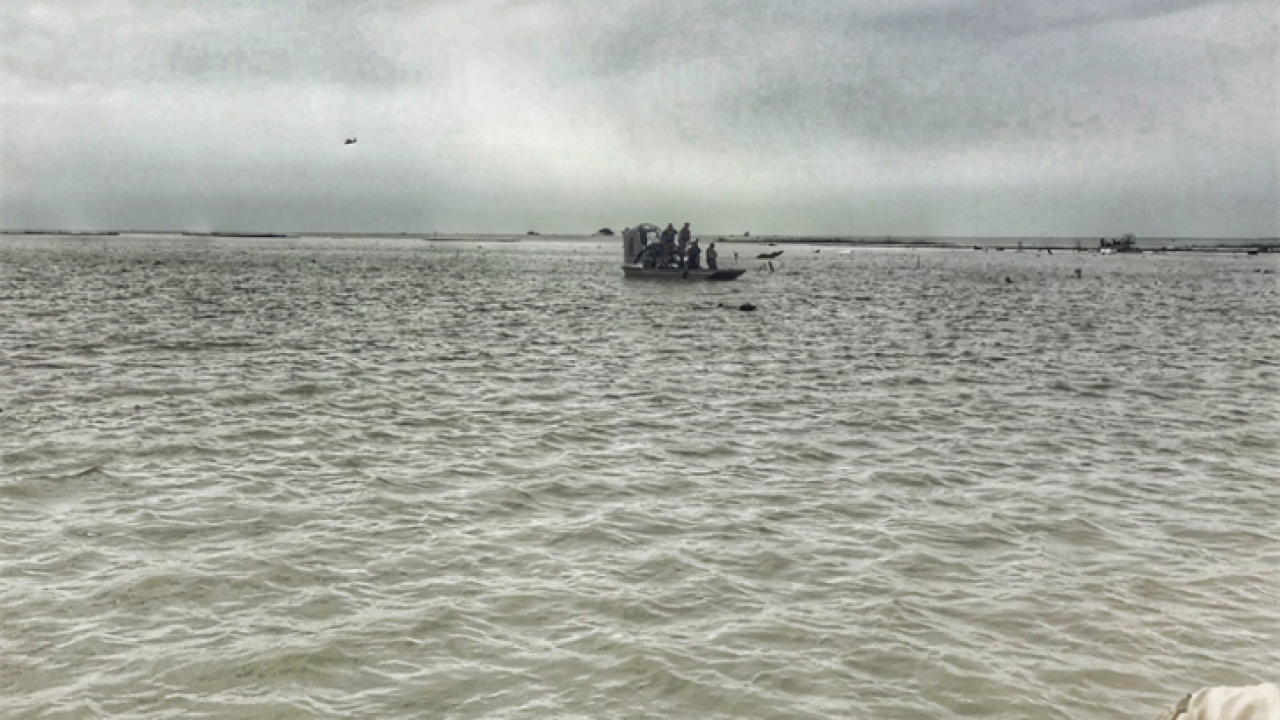 Human remains were found after a plane with three people on board crashed near Houston on Saturday.

The FAA said that the plane, a Boeing 767 operated by Atlas Air Inc., crashed into Trinity Bay near Anahuac, just before 1 p.m.

An alert notice was issued on Atlas Air Flight 3591 after it lost radar and radio contact with the FAA southeast of Houston George Bush Intercontinental Airport.

The plane was traveling from Miami to Houston.

KTRK-TV reported that the plane carries an Atlas flight number, but is painted in internet giant Amazon's colors.

Texas Game Wardens on scene of a Boeing 767 Cargo Plane Crash in Trinity Bay in Chambers County, US Coast Guard Helicopter and local agencies. Remains and debris over a mile long. pic.twitter.com/rvwImrpOLG

The Chambers County Sheriff's Office said that the plane was located in Jack's Pocket on the north end of Trinity Bay.

KTRK said that Sheriff Brian Hawthorne said crews will be working to find remains and the black box, but expect the search to last weeks.