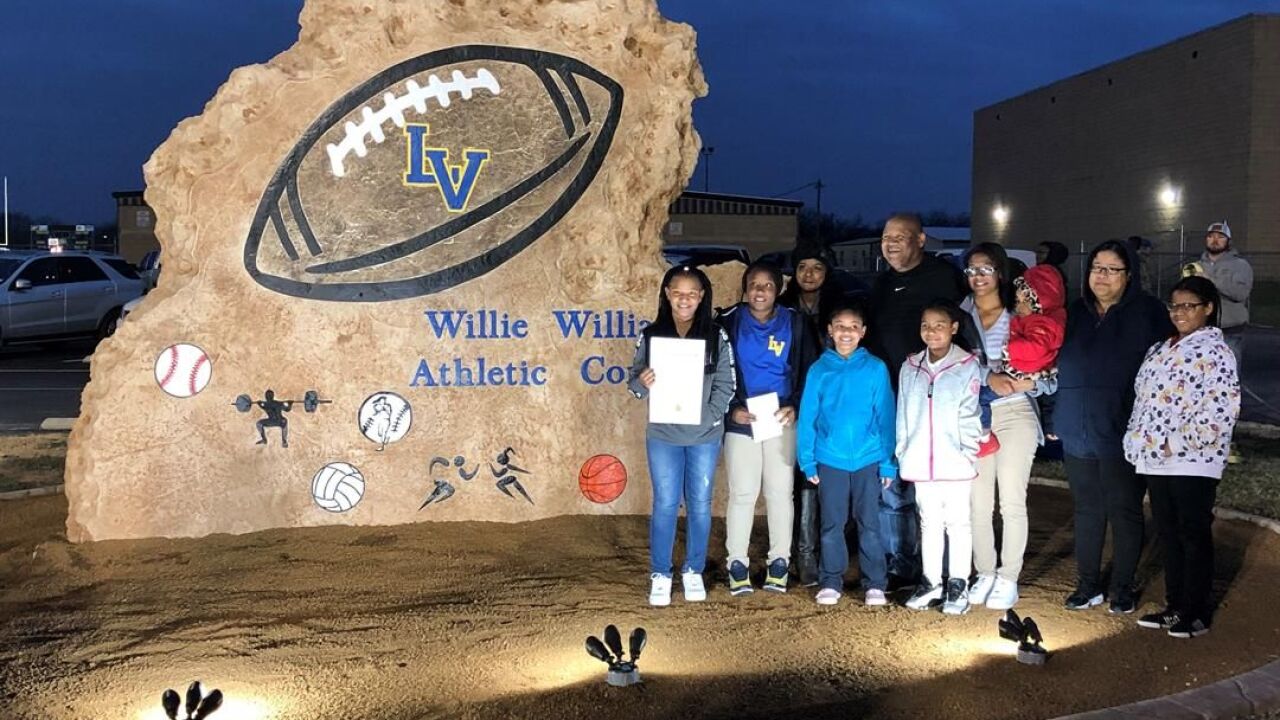 Coach Williams,a La Vega alum, led the Pirates to a 214-109 overall record and a state championship before retiring from coaching in January of last year after 28 seasons.

He is still the school's athletic director. But now, his legacy will live on forever.

"It means everything. It goes God, my family and then everything else is wrapped up into La Vega, whether it's academically or football, athletically. I played here, and I was able to come back and coach here. It's the only place I've been. So, that in itself, it says a lot. When I retired, said I was gonna retire, step off, out of coaching, it was very emotional for me because I had put so much into it. But, it's not about what I put into it, it's what La Vega has done for me. I wouldn't be here right now if it weren't for La Vega," Coach Williams said.

Several district coaches including Don Hyde, Ray Biles and Tommy Allison were in attendance at the ceremony, as well as a number of coaches Williams coached alongside throughout the years.