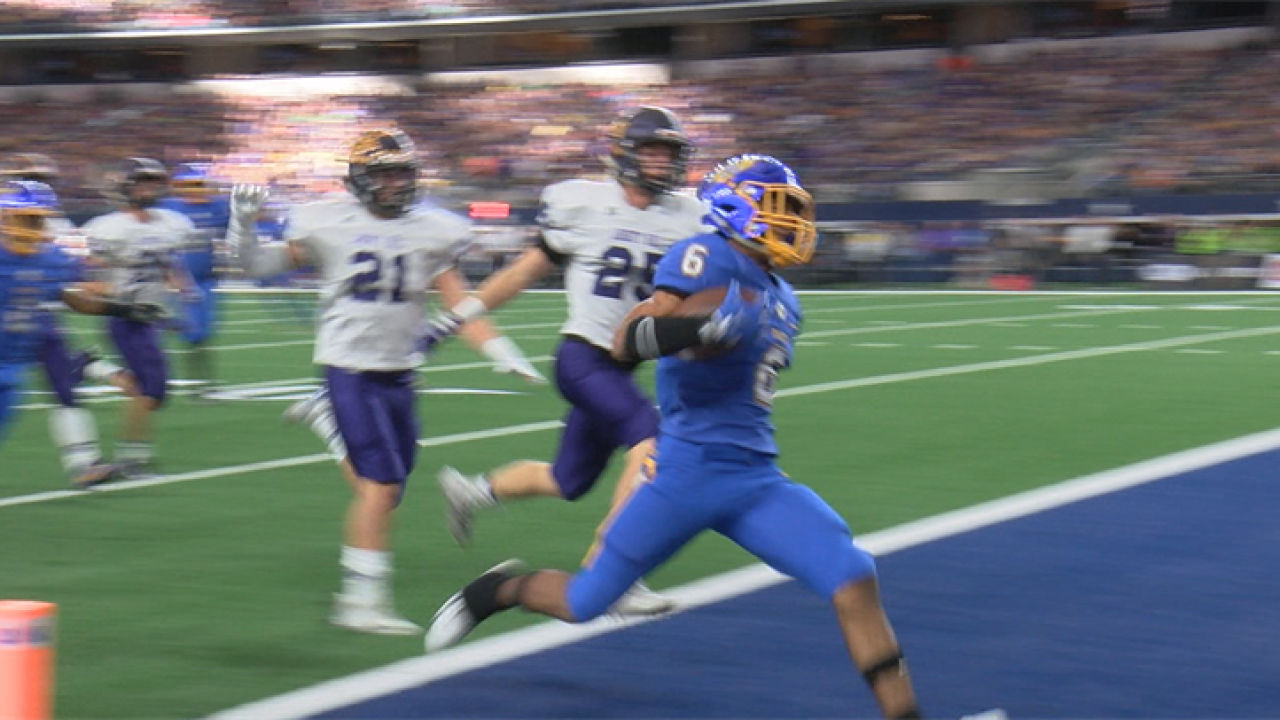 La Vega Head Coach Don Hyde and the Pirates played the Liberty Hill Panthers Friday afternoon at AT&T Stadium for the 4A Division I State final.

The Pirates struck first as Jar'Quae Walton broke free for a 35-yard touchdown on their first drive of the game.

The defenses held strong for the remaining of the first quarter, but Liberty Hill would get on the board the first play of the second quarter.

Jacob Cearley pitched it to Kyle Harrison who broke through a couple of Pirate tackles to cross the goal line for the Panthers.

The Pirates went in at the half tied with the Panthers 7-7.

The Pirates came out for the second half fired up.

Donta Stewart returned the opening kickoff to start the second half 94 yards to put La Vega up by 7.

That was followed by another huge pass and run by Malachi Wright for 6 more.

The Pirate defense forces and fumble and La Vega took over on their own 21.

The Pirates capitalized as Ara Rauls finds Malachi Wright through the air for a 61-yard touchdown.

La Vega went into the fourth quarter up 28-7.

Liberty Hill found the end zone to start the fourth quarter, but John Richards and the Pirates answered almost immediately to put the Pirates back up by 3 touchdowns.