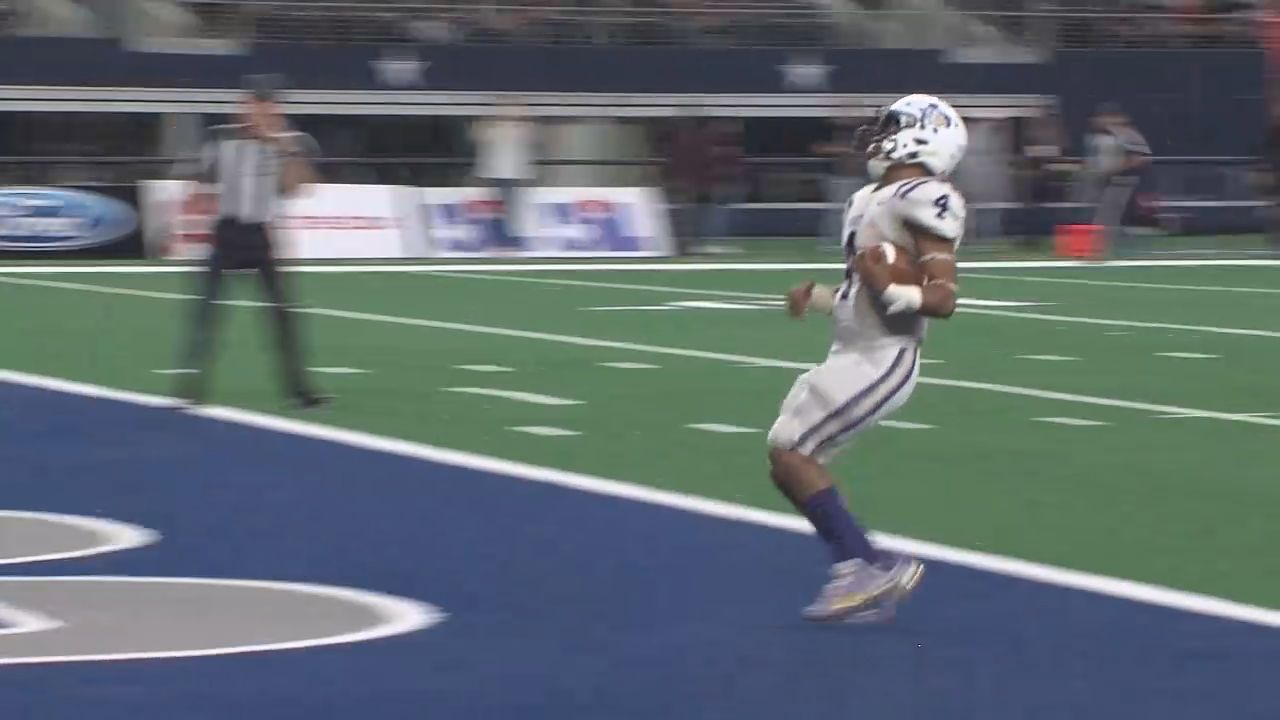 The Panthers make history in Mart beating Gruver 76-33 and earn back-to-back State titles. They are the first team in Mart history to do so.

Mart steamrolled into this one looking to be back-to-back champs, but first Tyrek Horne had history to make himself.

The Panthers broke the UIL state record for points in a title game (2A) with 76. Running back Tyrek Horne broke the single game touchdown record with seven touchdowns.

In the second half, some of the younger guys got on the field and are know able to say they played in the historic State game.

These Panthers became the first in school history in back-to-back titles, and this is Mart’s 7th football State Championship overall.