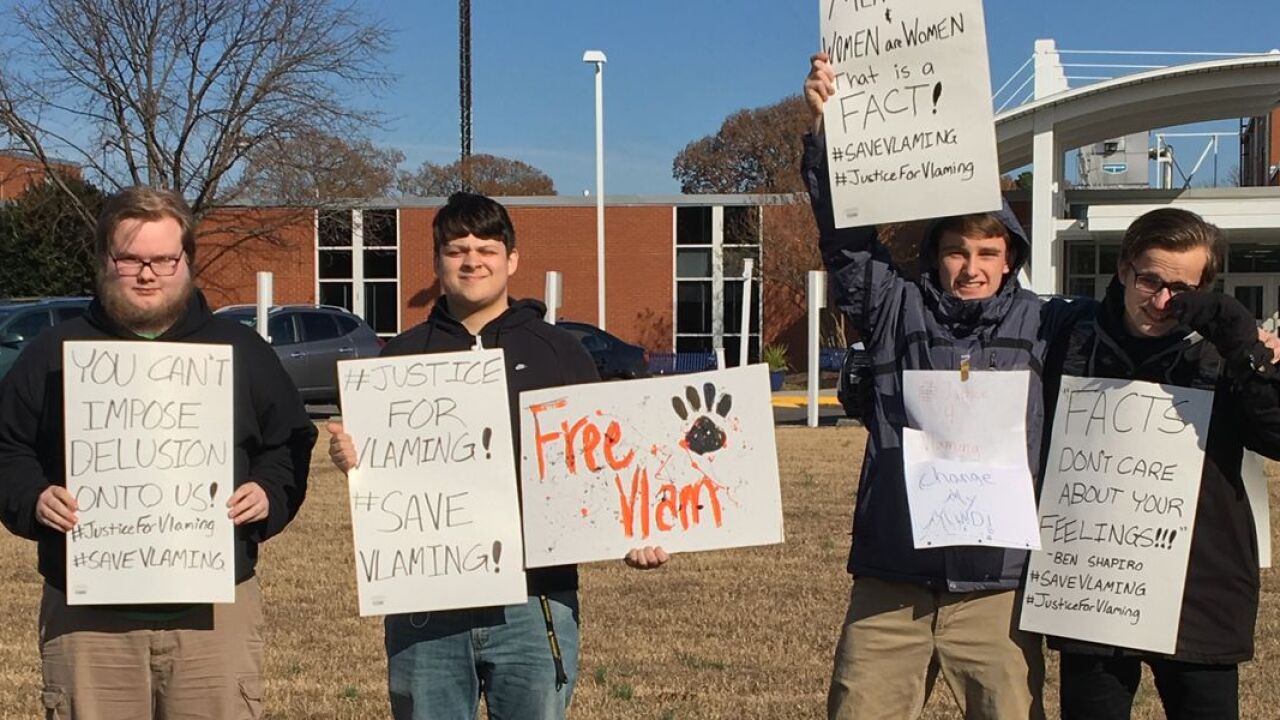 WEST POINT, VA (WWBT) - Less than 24 hours after a West Point French teacher was fired for allegedly not using proper identity pronouns with a transgender student, high school students held a “walkout” Friday in support of the teacher.

After a five-and-a-half hour public hearing Thursday night the  West Point School Board voted to uphold  the superintendent’s recommendation to fire Peter Vlaming.

“Mr. Vlaming was recommended for termination due to this insubordination and repeated refusal to comply with directives made to him by multiple WPPS administrators,” said Superintendent Laura Abel following the board’s decision.

On Oct. 31, Vlaming was placed on paid administrative leave after West Point High School Principal Jon Hochman said Vlaming did not obey his directive to use the proper identity pronouns for the transgender student (“he”, “him” etc.).

That decision came after a virtual reality exercise in the classroom, where Vlaming testified he called out "don't let her walk into the wall" as the transgender student walked in that direction.

Vlaming claimed it was a slip of the tongue.

“We certainly applaud the board’s decision,” said James Millner, president of VA Pride. “It was clear that Mr. Vlaming was in violation of school policy that was made clear to him multiple times by administrators.”

"The policy speaks not one word about pronoun usage,” Voyles said. “There is absolutely nothing in the policy, as the witnesses admitted from the school division, that speaks to that issue. Which makes that policy so problematic that it leaves it up to the individual for interpretation."

Vlaming worked with West Point School Division for seven years, teaching students in both the middle school and high school.

Around 12:15 p.m. Friday, students walked out of the building to the front lawn of the school in support of Vlaming.

Many of those students were also in attendance at the public hearing Thursday night.

“I’m not sure there are any real winners in this situation,” Millner said. “Our heart certainly goes out to the student who has clearly experienced an environment in this situation where they may feel marginalized and further separated from their fellow students. That’s going to be a hard issue for them.”

This is a new issue in this country,” Voyles said. “These administrators had just two words, ‘gender identity’, that were added to their policies and they decided on their own what it means to discriminate against gender identity."

Voyles said he’s assessing his options on how to proceed including a possible appeal with the circuit court.

This is a developing story. Check back later for updates.