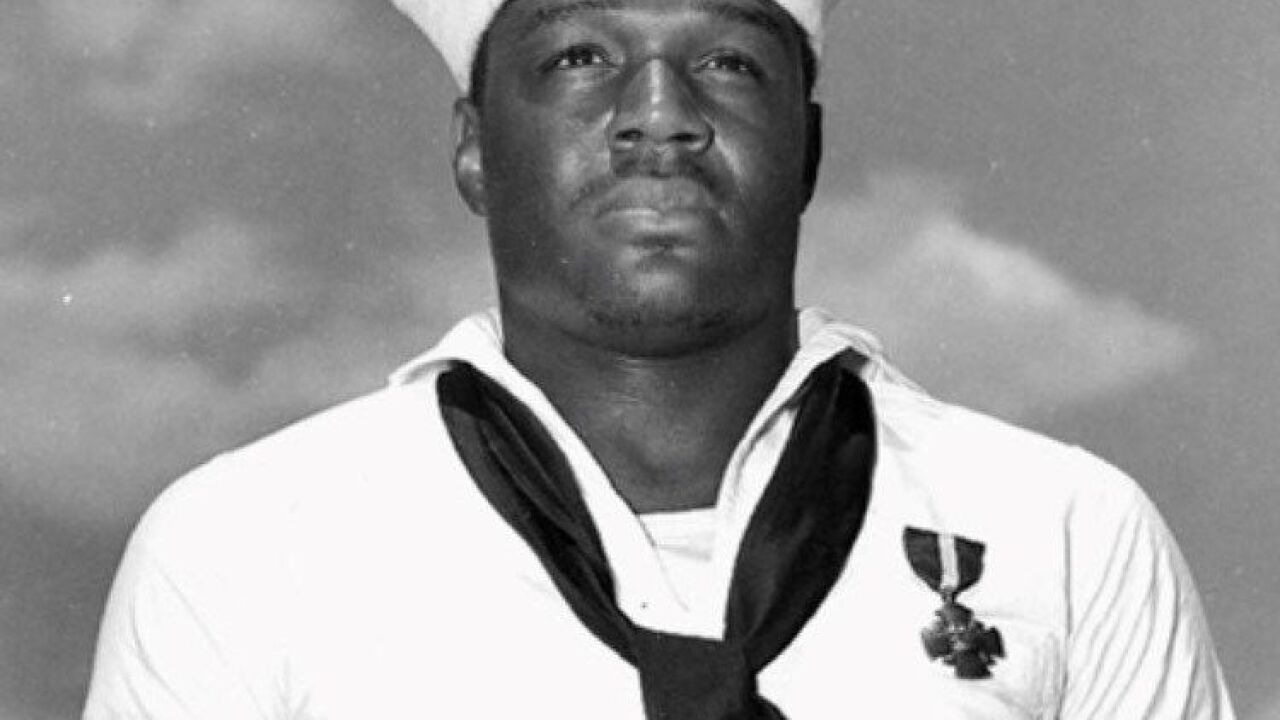 On the eve of Pearl Harbor Day, Americans are taking pause to remember those who proudly served our country that day.

Among the survivors, Waco native Doris Miller marks the pages of history for his heroism and bravery.

In Miller’s memory, a flag raising ceremony was held in Waco at the Doris Miller Memorial Thursday.

Better known as Dorie, Miller served his country bravely during the surprise military strike by the by the Imperial Japanese Navy Air Service. As torpedoes and bombs destroyed ships throughout the Hawaiian waters, Miller jumped into action.

He began firing back at enemy troops until he ran out of ammunition.

He rescued numerous injured sailors, carrying them through oil and water to safety. Miller along with the surviving crews of the U.S.S. West Virginia had no choice but to abandon ship before their vessel sank to the bottom of the harbor.

The young Waco sailor became an emblem of patriotism. He was the first African American to be awarded the navy cross, the third highest honor given by the U.S. Navy at the time.

Nearly two years after the Pearl Harbor attacks, Miller was killed in action when his ship was attacked during the Battle of Makin.

The Doris Miller Memorial Dedication will be held Friday, Pearl Harbor Day, at noon inside the Bledsoe-Miller Community Center in Waco.

Miller’s family and crew members of the decommissioned U.S.S. Miller are expected to be in attendance.